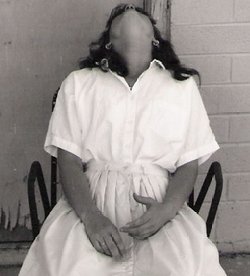 My relationship with S.P. Miskowski goes back to my first published book with Omnium Gatherum. She's a force in Dark Fiction. She edited the wonderful LITTLE VISIBLE DELIGHT where your's truly has a cool story, so needless to say, I don't associate her with rejection. But I asked her about it all the same. Here's what she said:

My first story publication, in a small press magazine, happened in the late 1980s. From 1993-2008 I worked in theater, and then returned to writing short stories. The technology for submitting stories has changed but my approach remains the same. And most of my stories have been published. Here's my best advice.

Edit your work mercilessly. Aim to write your best story, every time. Give your manuscript to a trusted colleague, for notes. Edit again. Proofread the final draft. Keep the cover letter simple and direct. Don't brag or embellish. Be polite. Only submit work after taking a look at the editor's previous publications. Know your editor's interests. Don't send cosmic horror to an editor who prefers bizarro, or vice versa. This is the best way to avoid rejection. 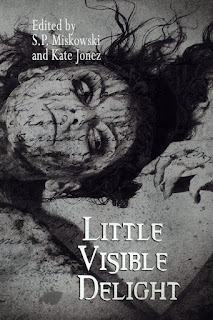 And a certain amount of rejection is inevitable. It's part of a writer's life. You're not a writer if you can't cope with rejection. I don't have a ritual or habit regarding rejection, except to take it in stride and keep going.

Write back to the editor who rejected your work and say thanks for considering it and best wishes on the anthology or magazine. Never argue with the editor's decision. He does not have to choose your work, or recognize your talent. He doesn't have to give you notes to help you improve the story. It isn't his job to invest in you. It's your job to write fiction people want to publish.

Don't dwell on rejection. Get back to work, on something new. Set aside the rejected story until you can read it objectively. Then see if you need to make more changes to improve the story. Find another publication suitable for the story, and submit it.

That's all. Keep writing. Keep getting published and/or rejected. Only submit your best work, and submit it to an appropriate market. Be professional in all of your interactions with editors. Expect nothing. Your role as a writer is nothing. The story at hand is everything. 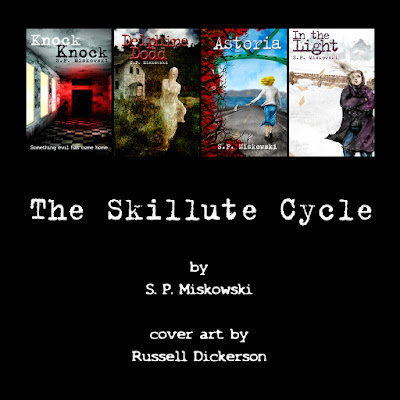 S.P. Miskowski's four-book series, the Skillute Cycle, is published by Omnium Gatherum. Two of the books were finalists for Shirley Jackson Awards. Her stories have appeared in Black Static, Supernatural Tales, Other Voices, and Identity Theory, and in the anthologies October Dreams II and Little Visible Delight. She has stories forthcoming in the anthologies Cassilda's Song, The Hyde Hotel, and The Leaves of a Necronomicon. She's the recipient of a Swarthout Award and two National Endowment for the Arts Fellowships.