Letting Go of Tony, IN THE WAKE OF CAPTAIN LORD 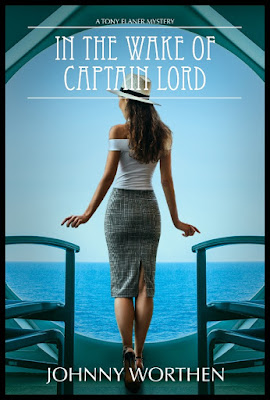 Tomorrow the third Tony Flaner novel, IN THE WAKE OF CAPTAIN LORD, falls upon the world, to sink or swim as it will. It will be out of my hands. It has been for a while, I guess, but tomorrow is the official day.

Tony and I have had a long relationship. It was Tony who convinced me to become an author, a full time writer, a schlunk who quit a day job to pursue a dream. THE FINGER TRAP was a watershed moment in my life, a moment where, for the first time, future clarity and direction shown bright and clear.

And Tony had stories to tell.

After his origin story, his "coming of age" if you will, he got to fall in love in THICKER THAN WATER—family and past and future all mixing together. Again a simulacrum of my own existence. I had two books that were wonderful.

And now Tony takes a cruise to Alaska, just like I did. It is hard to separate us two sometimes. At the time I think it was me, but when I recall that cruise now, I often see it through Tony’s eyes.

Even then, when I stepped foot on that ship I knew that Tony walked with me. Though I remember distinctly writing another book on that trip, remember even the chapters I wrote in stolen time in a vacant barroom as the family slept in, Tony was wandering the decks, imagining mayhem. He talked me into asking the crew to show me some places usually off limits to non-fictional characters.

When I got home, Tony mulled and pondered and planned in my subconscious. A plot was formed, a cunning confusion rife with Utah connections. You can take the detective out of the state, but you can’t take the state out of the detective. Where would Flaner mystery be with it scathing social commentary? I don’t know, but Tony would’t like it.

The story was born.

IN THE WAKE OF CAPTAIN LORD is Tony in full stride. His origin story is told, his growth story is there, here is Tony realized and familiar. His arc is true and in keeping with his life. Though not a series, but a serial, ie the books can be read in any order, it does repay those who’ve followed Tony from the start and hopefully encourages the latecomers to check out his earlier words. That was the plan anyway.

Now the plan is out of my hands. Tony sails alone tomorrow on the Success up the Inside Passage to Alaskan tourist towns with murder on the high seas. The world will judge.

It is a sadly sweet moment, exciting and weighty to release this. Each book is like that, but this time, with Tony here, I feel more confident that he can handle himself. He’s shown me he can and he’s eager to tell his tale. Like me, Tony loves an audience.

Posted by Johnny Worthen at 10:47 AM No comments: 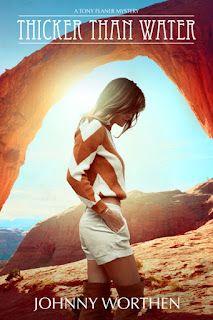 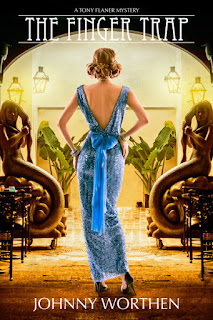 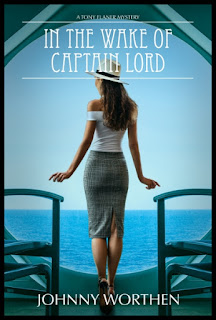 Posted by Johnny Worthen at 8:21 AM No comments: