Jay Wilburn is no stranger to the Blog Mansion. He visited back in 2013 when things got a little weird. He's an active, hard working writer with talent, connections and macabre tastes. I've followed his career with interest and envy for years. Jay's new project sounds great and his rejection story is one for the books. 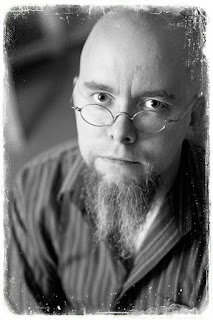 I’ve published two novels with small presses. One went through fifteen rejections or no answers for three acceptances and I picked one. I had three acceptances. Two came at once and I picked one which has turned out to be a great partnership for conventions and ongoing royalties. The third came after I sent an e-mail about pulling it. The second novel was requested by a publisher and then was accepted. The third novel I wrote has gone through about as many rejections and has not been accepted yet.

Two times though I had a story rejected twice. Let me be clear. I submitted the story. I got the rejection. I moved on. I don’t respond to rejections. I just rewrite and resubmit. But then I got a second rejection from the same publisher for the story submission that was already rejected. And this happened to me twice with two different publishers on two different stories. 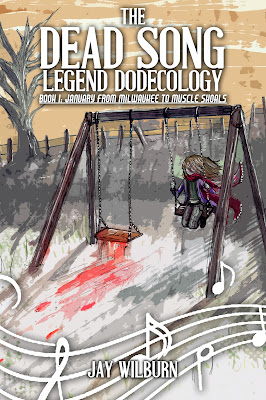 That stung a little. I was a little confused because I went back to mark the rejection on my charts where I track where I submitted stories only to see it already marked. Did I accidentally submit it twice? No, it was rejected two times for one submission.

I imagine the editor waking up in a cold sweat in the middle of the night thinking, “Oh, God, that story was so awful. Did I reject it? I can’t remember. It was so bad that I should really go ahead and send another one just to be sure.”

If it had only happened once, I could brush it off as a mistake, but two publishers did that. I honestly don’t remember which stories got double rejected. I wish I had noted it because it is an important history, but maybe it is best that I don’t remember.

I don’t want my stories to have a complex. I just need to pick myself up and keep writing.

I still love my work with small presses, but I’m opening up to self-publishing again. I’ve worked with a number of great, full-time authors that are writing their own tickets that way. We’ve done collaborative pieces together. We hire our own artists and editors and do the work right, but we set the rules. There are some pieces that are not going to make it through the gatekeepers the way they are conceived. Sometimes that means a work needs to be improved, but sometimes it means if you believe in your vision, you put it out there on your own terms. 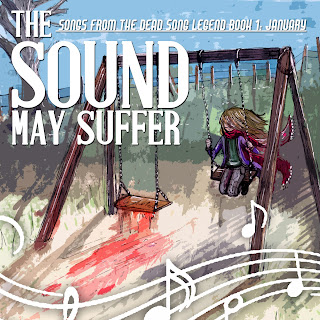 I did that with Dead Song and the music of The Sound May Suffer. Music and a book were more than most publishers were ready to take on, but that’s how this story had to be told, so that’s how I told it.

Check out the latest book and music from a new series by Jay Wilburn:

The Sound May Suffer - Songs from the Dead Song Legend Book 1: January


Jay Wilburn lives with his wife and two sons in Conway, South Carolina near the Atlantic coast of the southern United States. He taught public school for sixteen years before becoming a full time writer. He is the author of the Dead Song Legend Dodecology and the music of the five song soundtrack recorded as if by the characters within the world of the novel The Sound May Suffer. Follow his many dark thoughts on Twitter @AmongTheZombies, his Facebook author page, and at JayWilburn.com