As part of my upcoming class at StokerCon 2017, Horror University, I had the pleasure of being interviewed by internet computer gadgetry. Here's the result.

I hope to see you at StokerCon for Mistakes Were Made.

Posted by Johnny Worthen at 9:40 PM No comments:

A Rant About the Glacial Pace of Querying 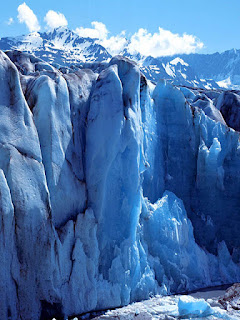 In my time as an author, that is a writer consciously and deliberately trying to make a career out of a passion, I’ve learned much about production and rejection but also something about delay.

Delay is the unforeseen irritant that irks me no little bit in this job and I’m here today to talk about it.

I realized early that the only real control I have in this occupation is contained exclusively in my writing. The expression and work of the creative process. That is mine. There It is pure and though maybe not finished, it’s where my wishes are going to find the easiest outlet. After that, it becomes a cooperative effort and it gets muddy. And slow. Slow. Slow… 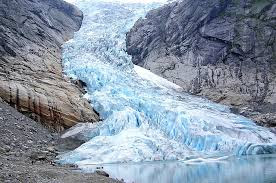 Beta-readers take for ever. No offense to you wonderful people willing to delve into a book that’s still got it’s sharp edges, but as a writer, anxious to move along, feeling the cold hand of death reaching for him, any delay is a trial. It’s the artist’s angst. As professional as I want to be, I also need validation and so the delay here is taken personally. Nothing for it though, people are busy and I need people. I write this off as part of the process.

There are other delays in creation, like editing and re-writes, back to readers, but these are creative for the most part.

The real hell comes once it’s sent out for query. Let me explain it for you. 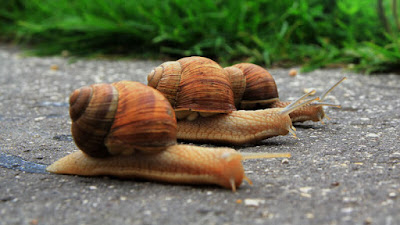 Querying is a nerve-wracking, soul-crushing exercise of masochistic torture that drives most would-be authors out of the business. I’ve queried a lot. Lots and lots. I have a door covered with my rejection notices. I didn’t dare hang it on the load bearing wall. Rejections are part of the game. There’re lots of reasons to be rejected and you try not to take it personally, though, again, it’s your baby and you’re going to damn well take it personally. Once you start querying, it’s a numbers game and rejections flow back to you like the little bird that you’re supposed to set free if you love, but it comes back and poops on your head before ruining your garden.

But what makes it worse, what makes querying really suck is how long it takes. If you get a response right away from an agent or an editor, it’s a rejection. Count on it. They decide on a NO must faster than a YES. Don’t worry though, these are few and far between. If you’re lucky, you’ll get a form letter rejection six months after you sent your query. Six months. Form letter. Yep. Lucky us. 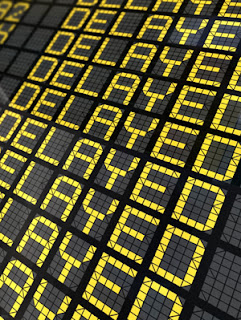 They weren't pondering the whole time. No. Not at all. They made their decision instantly, it's just that takes that long for editors to get through their slush piles. Six months is common. I’m still getting rejections for ELEANOR three years after it was published! That’s how glacial this business is.

Mostly though, you won’t get as much as a form letter back. There’ll be a line of small print on a website saying that if you haven’t heard back within 8 weeks assume it’s a no. On pins and needles for eight weeks and by the time their intern reads your cover letter, the new craze is space chicks in leotards fighting bird men and your tender character study ain’t getting past the freshman Communications Major whose boyfriend just left her for a Slovakian exchange student.

What I’m saying is that the process is long and delayed. Agents and editors are swamped. Their interns (like themselves) are underpaid and overworked and everyone with a word processor is trying to be a writer.

Strange as it sounds, no news is often good news. If they don’t have the eight weeks, "we’re really deleting every query as they come in” notice buried on their webpage, a long delay can be seen as a good thing. The story interests them and the delay might be the book being bantered around the office, or set on the agenda for a mythical upcoming meeting. Maybe. We can hope, right? 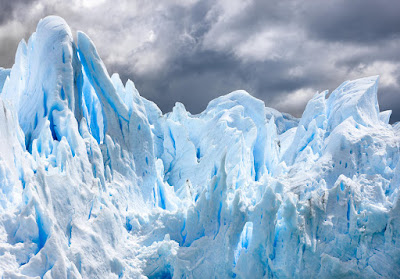 The holidays hurt. Between Thanksgiving and New Years no one reads queries. You want a surefire rejection? Send your book during the agent’s vacation and Christmas party. There’s a reason so many rejections go out in November—they’re clearing their box for the season.

Eventually (one can hope) comes the magical moment when the stars align and you get the mythical Request For Manuscript. After only nine months, the letter arrives and they’re going to look at your book! Hallelujah! Within the hour (since this is in your control) the files go out and your excitement is uncontrollable.

Until they reject it with an letter saying they liked X and Y but Z left them cold. And then there's the fighting space chicks in leotards.

This is not a theoretical situation here. This has happened to me several times. You think a regular rejection hurts? Try getting one after a RFM and a long wait with a big house. Carrie Fisher, actress and writer, had her ashes placed in an urn the shape of a Prozac tablet. Yeah, she was an author. 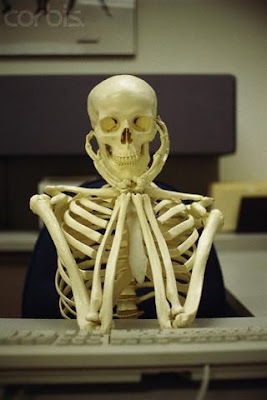 My method of surviving all this was to query on. Whenever I got a rejection, I’d send five more out that day. I took them at their word that this was a subjection decision and I should keep trying. So I did. Not do. Did.

Now I have an agent and much of the pain is taken from me, but not the delay. I have a little more now too, because she's a human and adds delays of her own. Before I’d send out 5-20 queries a week. Now we’re being more precise and perfect and targeted. I’ve traded in a scattergun for a sniper rifle. But the delays are still there.

Glacial, heart-wrenching delays for a half dozen books waiting for rejections.

Waiting for the chance to wait longer when it's picked up and enters the slow publication process. <sigh>

Such is the nature of the business. If you’re in a hurry, this is not the business for you. Small presses take months, big presses years. Agents are hens teeth and editors use interns who weren’t reading when you wrote your book. What a business.

I return to the only place that I ever had control, the nucleus of this madness. The art. I write and I carry on. 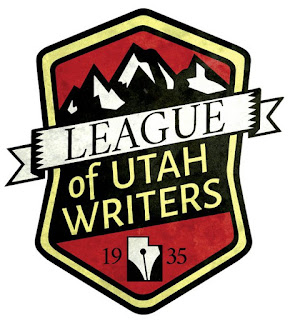 I am stoked to announce the upcoming League of Utah Writers Spring Conference to be held at on April 8th, 2017 at the Taylorsville campus of Salt Lake Community College.(4600 South Redwood Road, Salt Lake City, UT 84123)

Last year was the best attended Spring Conference The League has ever had. Hundreds of people were there to take advantage of this intense half-day event. We had twenty five hours of classes, panels and presentations about writing. This year, we’ve increased that to thirty-five. It’s going to be awesome. Beyond the classes, we’re also offering practice pitch sessions with agents and experts along with manuscript critiques from established editors. All this for the low low cost of $25 for League Members. It’s $50 for non-league, so you might as well join the league for for $25 and then come. AT the door, the price is $75.

Here’s the Link to Register


As president Elect of the League, this conference is my baby, so I’m hoping lots and lots of people come and learn even more. It’s about giving back and he Spring Conference is full of mentors at all levels. See you writing types there!


Posted by Johnny Worthen at 11:04 PM No comments: 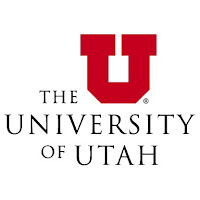 The next class I’m teaching at the University of Utah Lifelong Learning Center will be LITERARY QUERYING-THE ART OF REJECTION. This will be the second time I’ve taught this course, though I’ve lived it for my entire career.

The class began as a one hour presentation for writers at conferences. It was a good follow-up for my signature class A NOVEL IN 90 DAYS, FAKE IT ’TIL YOU MAKE, an inspirational class to get writers in the proper delusional mindset to strive for literary success, or at least finish a novel. 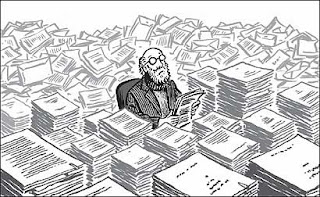 I’ve expanded my original presentation about tools to have ready and ripe, forms and formats, markets and rejection, to include things I’ve learned from being an acquisitions editor. I take pitches, I comb the slush pile, I edit books for publication. Working the other side of the process has been eye-opening. I also have new experiences with agents and higher publishing goals as my career has progressed.

No one told me any of this going in. Everything I teach here I learned the hard way. That is to say, that this class is the class I wish I’d have found early my career. It’s about the things no one tells you about. 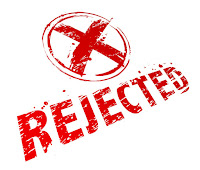 The game is fixed. It’s never been a meritocracy. It’s about luck and sunspots, positioning and readiness. It’s about war—being prepared and organized. The class teaches what weapons you’ll need, how to sharpen them, and where to position yourself for the best chance to use them.

The class is heavy on workshop. We critique the stuff we assemble, be it the first pages (hook), blurb, synopsis or the all-powerful query letter. Once properly armed, our intrepid hero-authors will be equipped to set out upon their quests for publishing glory.

The class begins March 21st and runs for six weeks on Tuesday evenings, 6:30-9:00 at the main University of Utah Campus in the annex building. Here’s the link.

Space is limited and I don't know when the course will come back around.

One last word, the class is geared to authors who have finished a work that they wish to query. If your book isn’t done yet, I’d suggest you put your time there. We’ll catch you on the next one. Check back.

Posted by Johnny Worthen at 10:45 PM No comments: