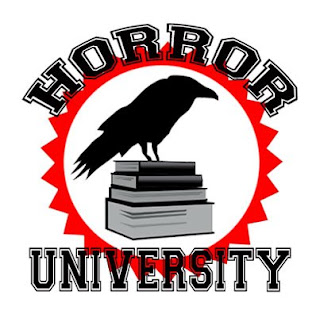 You might not know, but I’m moonlighting as an acquisitions editor for Omnium Gatherum, a dark fiction press out of Los Angeles who gave me my start with my debut BEATRYSEL and may have more treats in store for me (hint hint). As an editor, I take pitches at conventions and I weed through the slush pile of submissions making suggestions on which books we should publish, then I edit them with the author and we all retire to the Bahamas (some of this is true).

The work I do for OG has been invaluable in understanding the industry from the other side. Not only must I endure the unending flow of rejections I still get as a writer, I now get to give them out. Good times. But the process is no longer as mysterious as it once was. 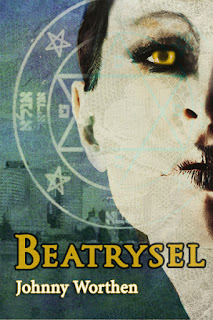 I’ve made it a mission to share all hard won knowledge I’ve come across in my journey into literature and so have put together a hands-on editing class, delving into the slush pile mistakes that will jettison a manuscript before the second page is turned.

I often say, there are no rules to writing. Many editors would disagree with me, but they’re wrong. What matters is effective communication. Every rule, even grammar and spelling are up for grabs and debate. This is art.

Nevertheless… There are conventions and stylistic tropes that modern audiences prefer. Styles change, fashions and tastes are constantly in flux, often influenced by the newest best seller. Remember when first person present tense was a terrible idea? It was before The Hunger Games. Now you can’t swing a dead cliche without hitting a book in first person. We’ll see if this is an enduring trend or not, but certain conventions once thought new have endured and now define modern writing. 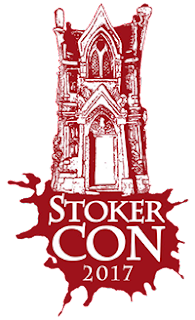 Like passive tense. “The deck was made last summer by my uncle.” Not an error in and of itself, but it is considered “weak” in comparison to active tenses. “My uncle made the deck last summer.” The first example is a perfectly good construction, gets all the information out and relieves the uncle of direct responsibility (which is why it’s weak and why presidents often say “mistakes were made” instead of “I screwed up.”) Passive voice, right as it is, will likely piss off an editor if over used. But luckily it's easy to fix.

Remember the two parts of a query: The synopsis showing the idea, and the writing example showing the execution: The best idea poorly executed is a failure. The best execution of a poor idea will often still get published. Execution trumps idea.

I’ve made a list “mistakes” I’ve encountered over my literary career some as obvious as passives, some as hidden as scaffolding that weaken prose to the point that I won’t dig through them find the underlying idea. These are often very simple to address. I have designed a class to share these finds show their remedies. I call it “MISTAKES WERE MADE.”

MISTAKES WERE MADE will debut this April in Long Beach aboard the Queen Mary at StokerCon 2017 as a two hour course within Horror University. If you’re going to StokerCon (and you should be), sign up for my class. I promise you’ll get hands on experience and useful “actionable intelligence” to better wage your war against the gatekeepers of publishing. There’s not better way to learn than by actually doing and we’ll be actually doing it. Not all editors are writers, but all writers better be editors. 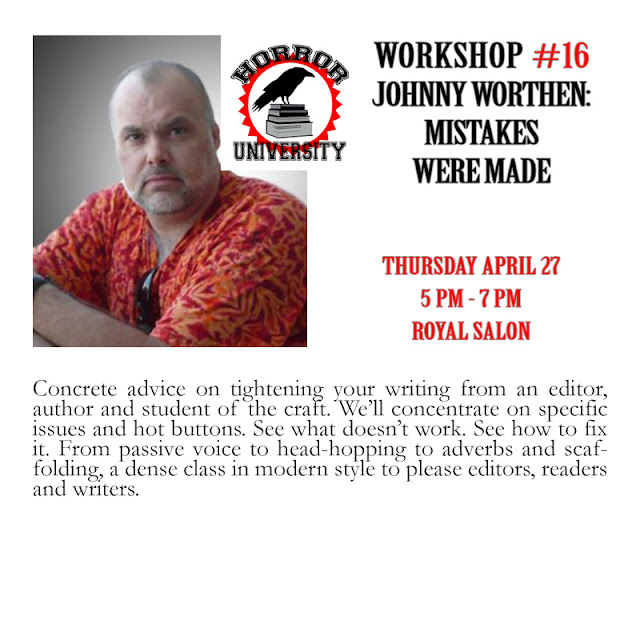 My newest foray into publishing is modest but awesome. I'm part of this year's Utah Horror Anthology called APOCALYPSE UTAH. I'd like to think that my story May 15th in the last anthology, IT CAME FROM THE GREAT SALT LAKE was the inspiration for this year's anthology, but no one will confirm or deny it. Nevertheless my story in APOCALYPSE UTAH is one of my best. Entitled Flame Unspeakable, it is a heavy thematic piece of cultural evolution, current events and natural order. Not for the feint of heart or shallow of hope.
Beyond the life-changing story, I was privileged to be one of the editors of the book. A double credit. going to frame this one. Though ewe didn't select the stories, Callie Stoker and I we worked, polished, assembled the twelve stories into a fantastic little horror tome. I'm excited to have it released this year at LTUE (Life the Universe and Everything Conference). Check out my schedule here to find me there.
Anyway, without further ado, I give you
APOCALYPSE UTAH
A COLLECTION OF UTAH HORROR 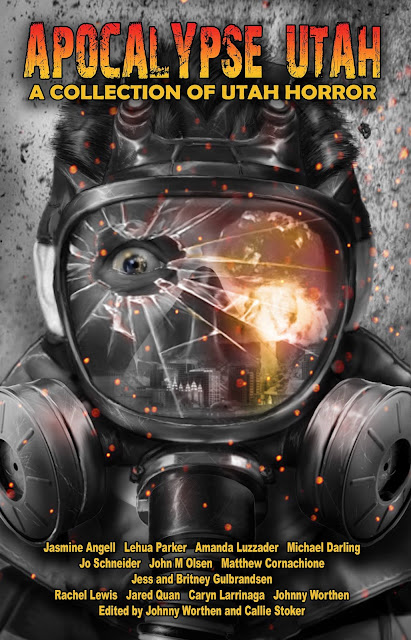 From the Creators of Old Scratch and Owl Hoots and It Came from the Great Salt Lake, comes the next installment of new Utah horror, Apocalypse Utah a Collection of Utah Horror.
Twelve Apocalyptic horsemen of the Rocky Mountains have come together in this terrifying anthology of Utah Horror. After years of dystopian fiction, these twelve writers won the challenge to portray how the apocalypse would occur.
Questionable kittens, ritualistic killing, destroying angels, ancient gods seeking punishment, lawless renegades, practioners of the dark arts, and zombies will haunt every corner of your mind as you read these thrilling accounts of what could happen during the end of days in Utah.
Reanimated corpses of religious fanatics proclaiming salvation are the least of your worries...

Posted by Johnny Worthen at 11:39 PM No comments: 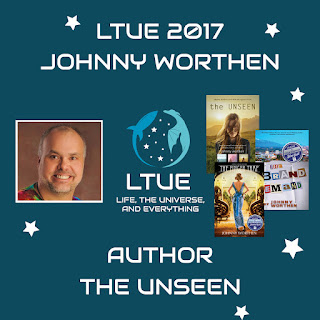 It's here again! LTUE - Life the Universe and Everything Conference. A great conference celebrating speculative fiction and creativity down in Utah County, but don't let the location scare you away. It's actually an awesome con. An excellent value, a reunion of the tribe. I recommend it to all writers who can come.

Below is my schedule. Come by and visit, chase me down. I'll be in tie dye and shouldn't be too hard to find.

Johnny Worthen distills his “A Study in Mystery” course taught at the University of Utah. He covers the history, structures, and potentials of crime fiction and the quests within it.

Working in the arts is more of a calling than a career; one often fraught with rejection and heartache. In this panel, we will explore the beauty that is forged from the concept of never giving up on your dream, regardless of the challenges along the way. Creatives tell their personal stories. (with: Blake Casselman, Angela Hartley (M), Michael Jensen, Shelly Brown, J. Scott Savage, Johnny Worthen)

What sets crime fiction apart from other genres? Can themes from this type of fiction be explored in other genres? (with David Boop (M), Michael Darling, Liesel Hill, Brenda Stanley, Johnny Worthen)


Panel: Gone but not Forgotten

For a while we only say the world ends, then we only say the aftermath. Deathmatch to decide which is better... (with: Liesel Hill, David Powers King, Peter Nealen, Nathan Shumate, Callie Stoker (M), Johnny Worthen)

Posted by Johnny Worthen at 9:36 PM No comments: 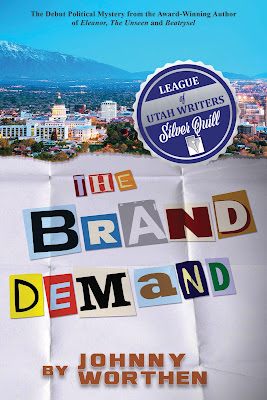 I wrote THE BRAND DEMAND the last time I was enraged and frightened about the state of my country. I envisioned a group of radicals resisting the cultural tides of hypocrisy and playing Robin Hood with dirty secrets. I modeled it after Edward Abbey’s wonderful MONKEY WRENCH GAME, a staple of the counter-culture when I was growing up. Shame it’s not read more today.

THE BRAND DEMAND is a political piece insofar as the protagonist, Galen Reed’s gang is united in a vision of liberal resistance in an oppressive conservative culture. Each comes from a different angle of oppression, one is a socialist, one fights against the constraints of religion, one for his sexual identity, one for social justice, one for the underdog. And all are horrified by the hypocrisies and bullying of their adversaries and seek to make them pay where it hurts them most by taking their money.

The story was written backwards. One morning after a dream, I envisioned the climactic moment, the forces arrayed and the decision come to. Can one side go as far as the other? I knew what had to happen and wrote a book to get there. Loving a good romance and always a good mystery I wrote an adventure with a conscience.

These days I think a lot about this book. It gave me hope at a time I thought I was alone. I’m definitely not alone now, but the days appear bleaker than before. A little hope is always helpful.

If you’re looking for a good adventure, a mystery romance with local color and meaning, a work of resistance in these dark times, I would recommend to you THE BRAND DEMAND.

Don’t just take my word for it, THE BRAND DEMAND won the Silver Quill Award, from the League of Utah Writers as an outstanding published novel.