Today we hear from Robert DiBella a published author and an old friend of mine. We met through Rainstorm Press, the first publisher who ever sent me an acceptance letter and the force behind Robert's two published novels. His new book TEN NAMES just came out. I asked him about rejection and got this:

Robert: Rejection is not easy. I thought the hardest part of writings would be actually finishing the novel. Once it was done I felt that I worked too hard on it for people not to like it. The first challenge a writer faces (after finishing their work) is that hard reality. For every one yes that you get there a thousand no's. 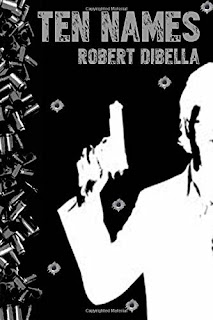 I must have sent query letters to hundreds of publishers and lit agents. I sent out so many that one publisher responded "Mr. DiBella we write children's books... Why did you send us this?" They were right for not taking it, like ten people got shot in chapter one alone, my story wasn't a children's book.

I'm a big believer in the cliche what doesn't kill you makes you stronger, with every rejection letter and no reply your writing skin gets tougher. My advice to new writers is always to stay the course. In the digital age there are so many small presses and agents looking for e-books and other outlets to sell novels. Somewhere out there is an agent or a publisher whose gonna love your story. 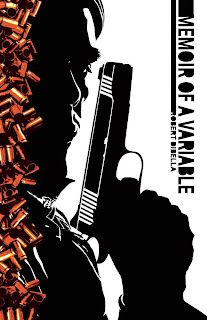 I was referred to Rainstorm Press by a good friend in college. When I called up the publisher and asked about my query he said it's a cool story and we're gonna pick it up. I was so excited, I was never the kind of kid who read books, let alone write one. Now I was getting published!! It was a bit over whelming, all the rejections made that moment feel that much better. Getting published really kind of changed my life, it opened up a new world of opportunities and I also love to read now!

Rainstorm Press just published Ten Names, the sequel to my first novel. Check it out on Amazon and Barnes and Nobles website.