Long time friend and Blog Mansion alumni Brenda Corey Dunne has a new book coming out this summer. I'm a couple days late to the party, but here is the awesome cover reveal of her new tantalizingly Young Adult Paranormal Romance novel SKIN. 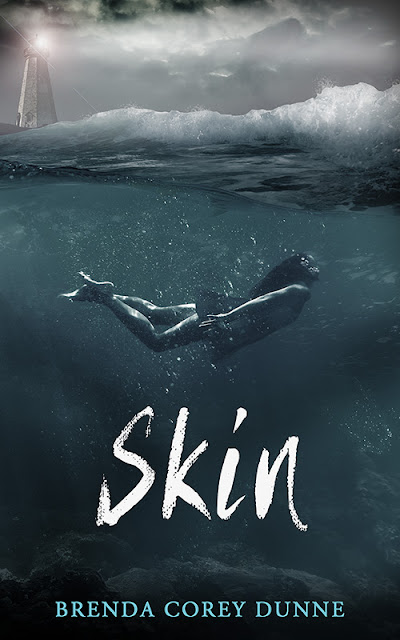 I've invited Brenda back to The Blog Mansion for an interview. Let's see if she's recovered enough from her last visit. I still want a piece of her brain.

I'm involved with a Facebook group that challenges writers every Wednesday to write 100 word stories based an weekly prompt. I don't know how often I'll get around to doing it, but I did this week.

He stepped forward upon the narrow bridge over the silver water and each step he took was matched by the other. Step by step, their footfalls simultaneous and firm, echoed up the creek along the banks.
Mirrored in the moonlight, they met at the center.
“We’ve come a long way old friend,” Henry said.
“A long way.”
“And this is all there is?”
“All there ever was.”
“All?”
“Yes. Welcome home.”
Henry gazed at himself and understood. He reached out his hands and pulled himself to himself and embraced.
Old friends, long apart come together again.
A lifelong journey done.

Posted by Johnny Worthen at 9:26 AM No comments:

MAY 15TH — It Came From the Great Salt Lake

I am pleased to announce my newest book. IT CAME FROM THE GREAT SALT LAKE.

It's the new Utah Horror Writers Association Chapter short story anthology. My story, MAY 15TH is included. It's well placed, horrific and thought provoking. Check it out. 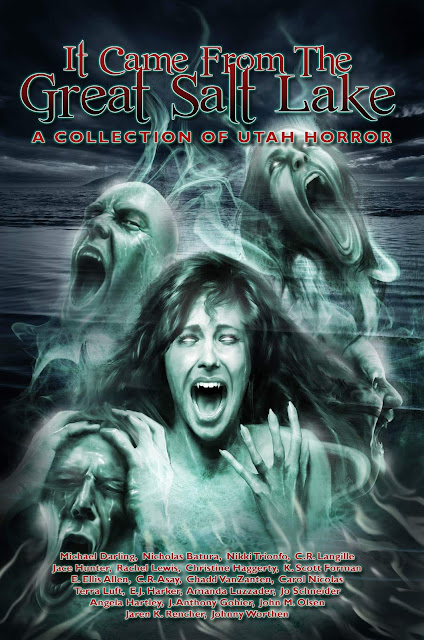 The official launch is TODAY, February 11th. We'll be LTUE for a party and celebration. The ebook is available now on Amazon. The paper will follow soon.

Posted by Johnny Worthen at 9:00 AM No comments:

SE Sasaki - WELCOME TO THE MADHOUSE

Today at the Blog Mansion we feature WELCOME TO THE MADHOUSE and SE Sasaki (Sharon), another author too ashamed to use her real name. In this case, there’s a good reason. Sharon is a doctor.

Johnny: So as a surgical assistant do you feel personally responsible for the travesty that is the American health care system?

S: We kind of have a handle on that up here.

S: No. I am a surgical assistant. I assist the surgeons in operations when they need a second pair of hands and I work the camera in laparoscopic surgeries.

J: Are you hiding from your sue-happy patients? Is that why you go by “SE” on the book jacket?

S: Haha. No, they don't sue the assistants. They sue the surgeons. I have it made! EVERYONE told me to use S.E. I guess no one likes the name Sharon. Most people forget my name and call me "Susan."

J: WELCOME TO THE MADHOUSE is a medical science fiction, right? Tell me about it.

S: When injured in combat, genetically modified soldiers, who have the attributes of powerful animals, are brought to the Nelson Mandela, a medical space station, where they are treated by a zany crew of doctors, whose favourite past-time is ridiculing each other. A young surgical fellow, Dr. Grace Lord, thinking she has just landed the best job in the galaxy working under the famous Dr. Hiro Al-Fadi, finds out he is Doctor Megalomaniac Extraordinaire. She must survive attacks by her patients, stalking by androids, assaults by her colleague, pouts by her mentor, and the threat of body-melting plague, to save the medical station, the human race . . . and her boss. She has a little difficulty with the last part but who is giving anything away? 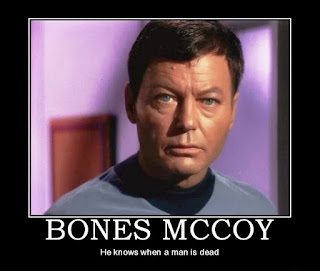 J: Your Doctor Grace Lord joins a fine cadre of famous sci-fi doctors. Who is she most like?

S: Dr. Bones McCoy, of course. She is sassy!

J: Have you ever left anything inside a patient? A sponge? Scalpel? Laptop?

J: Well I’m sure you’ve had some fine adventures inside other people’s bodies, haven’t we all? We all just don’t choose to write about them. Well, some of us do, but the covers make me blush. Was there any event in particular that gave you the inspiration for WELCOME TO THE MADHOUSE?

J: What’s pain management like in your future? Do they just space drug seekers and give trauma patients a strip of leather to bite on or is there some technology that handles that? 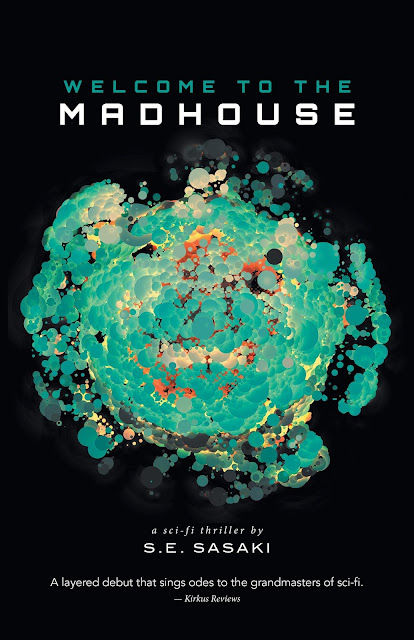 S: The anesthetic drugs are out of this world!

J: Wait, are your doctors doctors or veterinarians? What’s all this about “animal-adapted” military forces?

S: They are doctors with a LOT of veterinary knowledge which they have stored in their augs.

J: How about antibiotics? I be there’s a bevy of resistant space bacteria mutating people in your universe.

S: They are using bacteria to genetically modify the soldiers, but I don't go into that in WELCOME TO THE MADHOUSE. I don't want to gross my readers out right away!  I probably will address that in later books in the series, once the readers are acclimatized . . .

J: Remember when Dr. Crusher beamed a new spine into Lt. Warf on Star Trek, The Next Generation? I about gave up on the series then. You don’t have anything like that do you?

S: No. The surgeons on the Nelson Mandela are in up to their elbows.

J: I suppose for realism Doctor Hiro Al-Fadi is an overpaid, womanizing, drug addicted asshat who demeans his lessers, is in bed with greedy-godless pharmaceutical companies and is on his eighth marriage. Am I right? 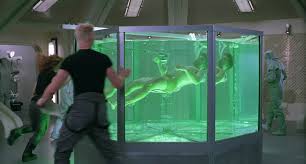 S: Dr. Hiro Al-Fadi is a legend in his own mind. If there is a God in the galaxy, he is it. He won't even call Grace Dr. Lord because it just rubs him the wrong way. He calls her Dr. Grace. He is very faithful to his wife, although he believes he can get any woman he wants. He is the constant butt of the anesthetists' jokes, which are all said below his hearing level. However, he is an artist in the operating room and can put soldiers back together who are considered dead anywhere else in the galaxy. The soldiers arrive to the station in cryopods and the doctors can thaw parts at a time, grafting on bioprostheses and vat grown organs to make them fighting fit again. Whether they like it . . . or not.

J: What authors, beside myself, do you admire? 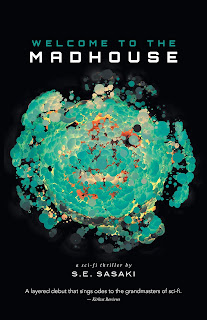 J: Tell me the journey of your book. How’d WELCOME TO THE MADHOUSE get into print?

S: Well, I did have a publisher say he wanted to publish everything I wrote. (The lovely person shall remain nameless). He said he loved my writing. Initially he said WELCOME TO THE MADHOUSE would be published spring of 2015. Then it was pushed later. Then it was 2019 or 2020. I thought, 'I could be dead by then!' especially the way I drive! So I self-published WELCOME TO THE MADHOUSE through Friesen Press.

J: How did you snag a Kirkus review?

S: I sent it in. They really liked it and featured it in their August 2015 edition.

J: Tell me about your paintings. I assume you did them yourself? 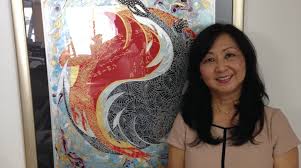 S: Yes. I do collages, using Japanese papers on acrylic. One project has been to paint animals that are at risk of extinction or where their habitats are endangered. I wanted to call attention to their plight. The second major project involves the creation of dragon collages for a fantasy trilogy I am writing.

J: I assume you did your cover for WELCOME TO THE MADHOUSE. It’s very cool. tell me about it.

S: The artist is Gary Killian. I love his work. He does a lot of digital vector designs. For my next book, BUD BY THE GRACE OF GOD, I will probably use one of my own collages. 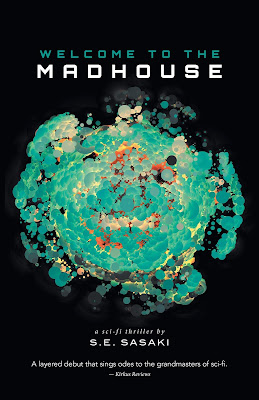 J: You’re a painter too? So a family physician, an author with a Kirkus review, and a painter? Plus you have access to sane healthcare. You’re very accomplished.

S: I need sane health care! I have broken a lot of bones and torn three ligaments with the crazy sports I do. Downhill skiing, hockey, horseback riding, whitewater kayaking, whitewater canoeing, tennis, hiking. But now I just do the skiing, hiking, and canoeing. Ten broken bones is enough, don't you think? 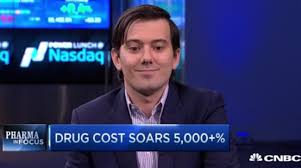 S: You shouldn't be.

J: I’m off my meds. They’re too expensive—Martin Shkreli got a hold of the patent... I can’t…

S: What are you doing?

J: I”m going to remove your brain and study it.

J: Don’t worry, I’ve got some fluid I picked up from Dr. Herbert West. Just a little pinch.

S: Can I get a lollipop after? 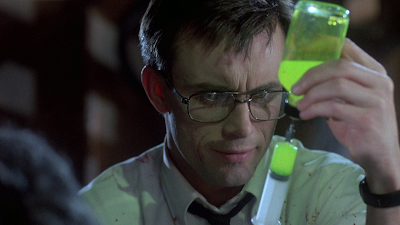 Posted by Johnny Worthen at 11:42 PM No comments: