Sakina Murdock, author of Autotherapy, and I share many interests; writing, reading, a publisher once. I assume we both like breathing, but to be honest I’ve had days lately, where I could take it or leave it. She cooks and I have been known to over-eat. We’re practically twins, except she lives in England and I live in America. She lives surrounded by sheep and I, well…. I guess I do too.

Johnny: What scares you?

Sakina: You want a list? I'm Worst-Case-Scenario Woman! Snow on the roads (everything's on a hill with a bend at the bottom here); funny noises outside my backdoor at 2 a.m. in my locked garden which has a 10 ft wall round it; driving behind an aggregates wagon or a car transporter - every bump has me gripped in the throes of swerve.  Oh. Did you mean like scary stuff?

S: You do. I'm boring you now. Scariest movie ... let me see. Wolf Creek was horrific, and the most frightening thing about it was that it was touted to be true. It's the truth that scares me the most. 'Cause it isn't pretty. The horror movie that impressed upon me the most was a glimpse of a now unknown werewolf film, where a woman pulled up at a garage (gas station) and after she sat back in her car, a werewolf leapt onto the roof and she took it home. And I think I must have seen some of the killing because that doesn't seem scary enough to have insisted on the landing light being left on outside my bedroom every night for the next 7 years. I was 9 when I saw the movie clip.

J: I thought Alien was terrifying when I first saw it. As if the monster wasn’t scary enough, there’s an android helping it.

S: I love Alien. I always liked it the best, even though everyone always said that Aliens was a better film. Ian Holm played Ash, so of course it was good ... any film with a British actor in it is bound to be good.

J: Sir Ian Holm. He got a knighthood. What kind of country gives knighthoods to the kind of people who help Aliens?

S: The kind of country that gives knighthoods.

J: That’s no kind of answer.

S: Maybe they were low on candidates one year.

J: Every time I see a villain in a movie, they invariably have an English accent. Why is that? Do you have villain colleges or something over there?

S: It's possibly something more to do with the particular accent of English. The posh 'RP' accent is associated with evil because obviously whoever speaks like that has more money, education and opportunity than anyone else. Which makes them automatically evil. We English don't like anyone doing better than us. Northerners are often represented as more angry than evil. That's because the RP lot took our freedoms and made us pay stuff like Income Tax, Council Tax and Road Tax. Also, the RP speaking bunch of hooligans did conquer most of the world at some point, making the English highly despised and hated.

J: What the hell are you talking about? What’s RP? You made that up.

S: RP is Received Pronounciation, where you sound very upper class and lah-di-dah. So "Gud ahf-tu-noon, aym th' qween" or "Aym sori, you seem to hev left your sossij in may bahth".

J: Okay. Horror. You wrote a horror. Autotherapy. What’s it about?

S:  It's not a horror. You don't get to see most of the deaths take place. I wrote those scenes into the original draft, and some of them were the best written pieces of the book to date, but my first readers didn't like them, and didn't think they were necessary to the story. The idea was to suck you in and make you love the characters, and then sock it to them, horrifically. It may have worked too well (as in, that may have been why the readers hated it), but it wasn't necessary to the story.

J: Isn’t there a vampire in it? 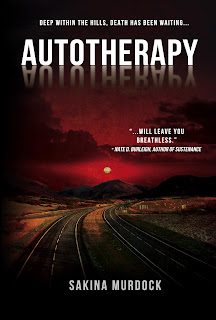 S: It's still not a horror. It's a thriller with shades of vampire. Quite heavily shaded in parts. You see nearly none of the horrific events actually taking place, so I don't think you can call it horror. It's the investigation into the investigation into a series of murders in a sleepy, creepy town in rural Cumbria. Not unlike Kirkby Stephen. In fact, just take Kirkby Stephen as an example.

J: Do the villains have English accents?

S: Everyone in it is English. But the really evil guy has an RP accent (in my head).

J: See! There! Right there. That’s what I’m talking about. Your island breeds villains. And apparently vampires too.

S:  The UK gets a lot of high winds, which often start out in another country. Wind carries spores.

J: Sparkly ones aside, or maybe in particular, Vampires have been a metaphor for sexual repression and other nasty subconscious traits. How do your vampires fit into the psychological traditions of the genre?

S: My vampires are manifestations of a good idea gone wrong.  I don't expect them to fit in because they haven't been created through the usual love-fear charged relationship designated to vampires. That type of relationship suggests some kind of equality or partnership between them. In Autotherapy, every one is a victim in his or her own right, without hope, justice or equality. Fun stuff.

J: How much sex and violence is there in Autotherapy?

S: There's nearly no violence in it, except at the end, and the described effects of violence on various dead characters. There's absolutely no sex in it whatsoever, although there is a budding romantic relationship and a fair bit of tension between Jake and Ruby.

J: No sex and no violence? You want people to read this, right? Oh, Druids. You must use Druids.

J: You have a detective in your book, a Detective Inspector Jake Campbell. Is he more like Inspector Morse, Lewis or Lynley?

S: *groan* Oh please, knock about 12 years off Lewis, make him a bit harder looking, sans paunch. For attitude, take Frost, make him younger by about 25 years and that's Jake. I can't comment on their styles of investigation, as I've never watched the Inspector Lynley programmes and I couldn't get into Lewis. I liked him when he was Morse's sergeant.

J: Cumbria is a rural county in England, not to be confused with Great Britain, on the border of Scotland, on an island that turns out villains like Puerto Rico does shortstops. Not only do you live there, but it’s also the setting for Autotherapy. How is it to live there and how does the location affect your story? 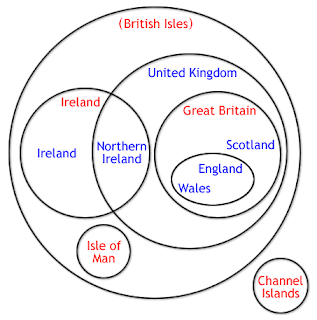 S: I live in the Eden Valley region of Cumbria, possibly the most beautiful place in the country. It's characterised by rugged fells on either side of a flattish, wide, green valley. Sheep everywhere. Terrible weather. It's got a lot of old and ancient manmade structures, like caves, quarries, tunnels, castles and stone cairns. These locations are in the story and they all exist as is, unless I've messed about with them with artistic license.

J: In America we have a certain image of what England is like. Tell me, is Cumbria littered with CCTV cameras? Are they on the sheep or just affixed to the odd druidic henge?

S: Cumbrian towns are littered with CCTV as much as any other part of the UK, however the countryside is not so much, except in shops. And henges aren't quite our thing. We did more stone circles. In fact there are dozens (possibly even hundreds) of stone circles in a 20 mile radius around where I live. The Nine Standards, (the 12 Sisters in Autotherapy are based on these) are not a circle. They are a line of gigantic stone cairns which have been recently restored by some archaeological group on the highest point of Hartley Fell, near Kirkby Stephen. No one knows what they were for. They don't have CCTV either.

J: I’m always curious how people got their books into print. Coming from the land of Shakespeare, Chaucer, and Benny Hill, how’d you end up with a California Publisher?

S: I was lucky. From the start, I couldn't decide whether to write the book in 1st person or 3rd person. I've lived with this indecisiveness for most of my adult life, so I did what I normally do and tried to have it both ways. The leap from 3rd to 1st and back again from chapter to chapter pissed off the agents I sent it to, so I pandered to convention (oh yeah, and commonsense), made it all third person and Rainstorm Press was the second publisher I sent it to and the first past the post for signing it. I only sent it to those who would accept email submissions.

J: So you cook. You’re English and you cook. You even blog about it. If there’s one thing that England is known for more than populating the world with villains, it’s its culinary excellence. Wait. No, it’s not. Actually, it has a crap reputation for food. What are your feelings about this?

S: My feeling is that it's a largely justified poor reputation. Many English people are not interested in food, and you can blame the weather for that. The best food to eat when it hasn't stopped raining for 288 years - except to sometimes snow for a few months - is stodge. Heavy on the carbs - potatoes, potatoes, potatoes; heavy on the protein - meat, meat, meat. It's warming to eat at the time and it's warming in the long term because that nice roll of fat round your middle keeps you insulated. Try to get interested in meat and potatoes 52 weeks per year, with a few pease puddings thrown in and you can see how we ended up in the 1980s with a terrible reputation. Happily, since then, we've introduced vegetables - and the all important concept of not boiling them for longer than a couple of minutes. There's hope yet.

I'm actually a one woman mission to improve our lot on the dining table. If I can inspire even one person to make a first time effort to cook something from scratch, to eat fibre that isn't mushy peas out of a can and to encourage less wasteful consumerism, my blog will have been worth it. Many people run out of ideas on a daily basis - I do too - but it's far better to look for a recipe based on the ingredients that you have instead of having to go out and buy even more stuff to make something you 'feel' like. I love budget food and anything which I can make for nothing, (especially if it's delicious, and good for me) gets the thumbs up, so there's a lot of this budget hedonist style food on my site.

J: Besides me, who are your favorite writers?

S: My all time favourite is Terry Pratchett - he knows such a lot, and his ability to transplant that knowledge into the Discworld staggers me every time.

J: Give me your pitch, the blurb that’ll make my Anglophilic readers rush out to buy Autotherapy:

S: Vampires, victims and adverse conditions are plaguing one detective's attempts to save his town and loved ones from an horrific end.  Expect no justice.

J: Where on the internet can people find you?

J: No offense but why would anyone live in Cumbria? 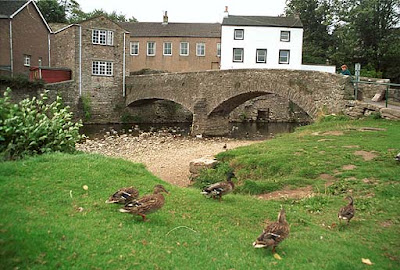 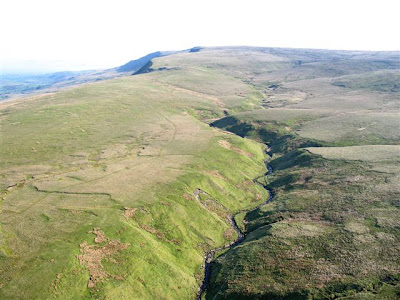 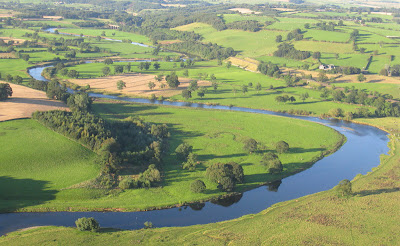 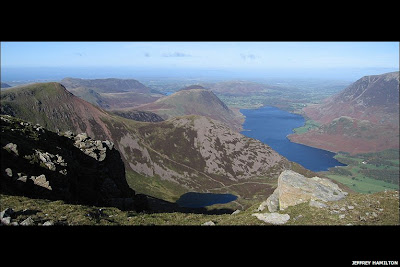 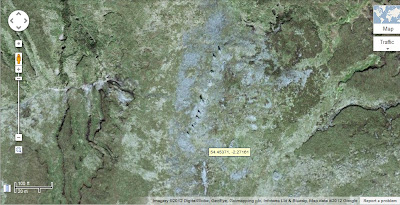 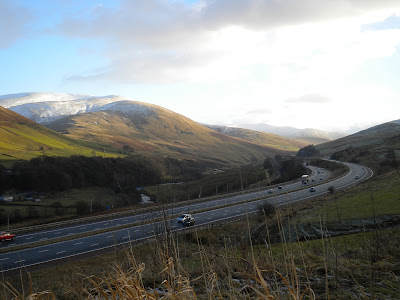