I met author, blogger and student Erin Britt at the Indiana Extreme Origami Fold-Off & Jalapeño Juggling Competition (god help the people who entered both). I nearly lost a finger to a third degree paper cut folding a foil paleozoic trilobite – so many legs. Erin was a volunteer handing out bandaids at the Red Cross tent.

By the time I got to the front of the line, the blood was ankle deep and they were out of bandages. To save lives, they made due with pages from Erin’s new novella Celia – it was that or certain death. Such nobility and sacrifice deserves more attention so I invited her to the Blog Mansion for a visit.

Erin: I see you got the stitches out.

J: Yeah, they saved both fingers. Shame about Justin. He was a good man.

J: So tell me about Celia. From what I’ve seen of it, it is the bloodiest book ever written.

E: Most of that was your blood.

J: Right. Tell me about it anyway.

E: It's about a woman who pays for the actions of her husband. He keeps making these decisions, but she's the one with all the consequences.  Beyond that, you'll have to read it. It's that kind of story. 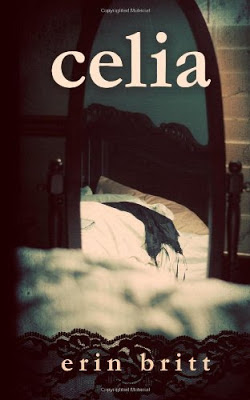 J: What gave you the inspiration to write it?

E: It's based on my second marriage.  I've fictionalized it, but I think part of what makes it so powerful (according to other people) and "real" is the fact I've lived that life.

J: How long did it take to write it? Not planning, but pen to paper and all that?

E: This was a semester project for my Advanced Fiction Writing class.  I wrote a chapter a week for ten weeks, so ten weeks,  A year and a half later, I rewrote the last chapter.

J: Is Celia first novel? What else have you written?

E: This is actually my very first attempt at fiction writing.  I've been writing poetry since I was 12, and I think that really shows in the book.  I have a second book I'm working on titled Enraptured, a short story coming out in Through the Eyes of a Storm titled "Blood and Rain" being published through Rainstorm Press, and I'm working on a chapbook of poetry.

J: You’re an English Major like me. What ever possessed you to throw away your life like that?

E: I started out as an Informatics major because I love computers.  My desktop system is an extension of my soul.  But I realized that doing network/server maintenance wasn't how I wanted to spend my life.  Books have been my drug of choice since I first learned to read, so I decided why not?

J: I opened a fast food restaurant with my degree. That’s what I did. What day jobs have you had?

E: Student, mostly.  I've been fortunate enough that I could go to school, for the most part, without having to work at the same time.  If I hadn't had that one unfortunate programming class, I'd be graduating this semester with a 3.8 or higher GPA.  As it is, I'm still graduating with honors.  I do work as a consultant in the campus computer labs and I'm the web mistress for our Creative Writing Club.

J: Celia is listed as General Fiction. What does that mean?

J: How does your book fit into the genre? Does it bend it, conform to it, deny it or fold it diagonally, corner to corner?

E: More origami?  Didn't you learn from last time?  I'd like to think Celia expands it.  It looks at a situation no one really talks about, and it shows someone being the "bad guy" based on actions, not on anything else.

J: Is Celia appropriate for younger readers? How’s the subject matter treated? Is there sex and violence in it? Can you describe in minute detail the sex in your book?

E: There is no sex, per se.  There is one seduction scene and sex is contemplated, but it's treated as something real.  You know, like it's a valid part of a marital relationship and went hat goes awry, how does that affect people?  I would not recommend this for ages below 17.  My own children have not read this and I won't be giving it to them anytime soon.  There's nothing gratuitous about it.  It's just an adult topic that I feel is inappropriate for young children to be reading about.

J: do you know any good plastic surgeons? Maybe ones specializing in hand reconstructions?

E: Well, I know a guy who knows a guy who met this other guy once...that's the best I've got, though.

J: All authors draw from what they know. How autobiographical is Celia?

E: Like I said earlier, I've fictionalized some of it, but the book is based on my experiences.

J: What other books, by other, lesser authors than me, are comparable to yours?

J: Who, besides me, are your favorite authors?

E: Hold on. You'll need a snack for this.

Erin proceeded to make me a sandwich. It looked like this -->

E: You need to clean your kitchen. I think a dust bunny was giving me the eye.


J: They almost never bite. Hard.
E:  I grew up reading Nancy Drew.  I loved her.  Then, I just started reading everyone.  Now, I have Sue Grafton, Robert Jordan, George RR Martin, Clive Cussler, J D Robb, Patricia Cornwell, Mercedes Llewellyn, Sidney Sheldon, Anne Bishop, V C Andrews, and Terry Goodkind on my list of favorite authors.  But I still read whatever I can get my hands on.
J: So you live in Indiana huh? What’s that like?

E: It's like playing FarmVille on Facebook.  You're sitting there growing corn and you realize that you could just go outside and do that.

J: I’m always interested to hear how people go from writer to author, having a book to getting it in print. Describe your journey.

E: If I had to describe it in one word, it would be "atypical." I wrote the book for a class, so it was well edited.  I sent the manuscript to one publisher who accepted it.  I'm now expecting an insane amount of rejection for my next book because it was relatively easy to get this book published.

J: How has been your association with your publisher, Rainstorm Press?

E: I'm a first time author, so I wasn't sure what to expect.  This whole thing has been a learning experience for me.

J: Give me your grabber - the blurb that will make fingers bleed and papers melt, er, I mean make people want to read your book: 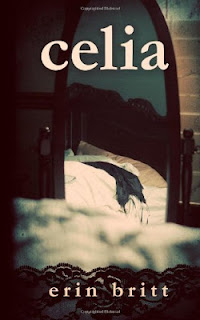 E: She's gathering up the laundry, and the negligee and thong panties she picks up from the floor aren't hers.

J: What are you working on now?

E: The chapbook of poetry is taking up the bulk of my time currently.  I'm working on it for my publishing class.

J: Where can we find more about you on the web?


J: Does this look infected to you?

E: It's green and smells like death.  You should get that looked at.