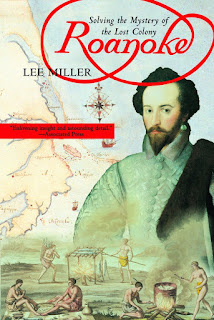 I read Roanoke: Solving the Mystery of the Lost Colony by Lee G. Miller and loved it. It’s the story of, (surprise surprise), the lost first colony of America at Roanoke Virginia. Because Lee Miller is an historian and a clever person she postulates very convincingly a political motivation for the colony’s demise, turning America’s first European adventure and tragedy into an historical whodunnit. It’s a wonderful book and led me to write three outlines for possible novels based on the ideas, characters and situations she introduced me to. Yeah, I like it.
Miller’s book is not perfect, people who approach it after reading a romance might be disappointed. Readers who just put down a history textbook might also wonder what’s going on. It’s non-fiction written to entertain and I think it succeeds. Miller sifts through thousands of historical sources I doubt the average reader would ever get around to. She adds a bit of logical conjecture, makes her arguments and leaves you knowing more about the time and place than you did before reading her book. It is an enriching book that stays with you.
If you’re interested in history, early American colonization in particular, this book should already be on your list. If you’re one of those people who think that things just don’t happen in a vacuum, if you’ve ever fashioned a hat out of tin-foil or questioned the official story or lack thereof of anything, you’ll like Miller’s book. If you didn’t know that the Indians cut the underbrush of the forest, leaving only the oldest trees in a shady canopy so high and so nurtured that the first Europeans said they could gallop a horse through it, you’ll like Miller’s book.

I finished Lee Miller’s book a while ago. This is my review I finally posted to Goodreads this morning. Because you are my gentle readers, my cohabitants in the Blog Mansion, let me say a couple more things about this my experience here. 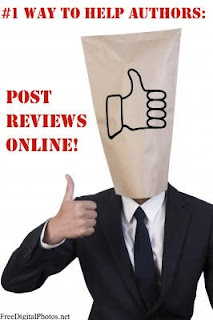 Second, after reading Miller’s book I had a question about it. You see, the first military garrison posted at Roanoke nearly starved to death like the first colonists years later at Jamestown. The Roanoke colony, not the garrison, is supposed to have a similar fate. Forgetting that for a second, I had to ask myself, why didn’t the stupid fools go catch a fish? Yep, they didn’t. They sat in their fort and starved. I can understand they didn’t sow crops, they weren’t farmers, but if you were starving, about to eat Sergeant Bruce’s buttocks in a thin stew, you might want to check out the oyster bed just off shore. My son knew the answer, but didn’t tell me because I didn’t ask him. Instead, I asked Lee. G. Miller.

She was not easy to find. I could find no Facebook, Twitter or website address for her. The book is over a decade old and has gone through several publishers. My copy wasn’t the most recent. I had to do it the old fashion way: I wrote a letter and put a stamp on it. I mailed it to her care of her publisher.

It took four months, but I got a reply. My letter had to bounce around publishers and agents I guess before it found her. But it was worth the wait.

Her answer was simple and I should have known. Marcus knew and he’s in 9th grade. They were English soldiers which back then equated to thugs and bullies. They pushed the Indians around and took their food like they had the Irish back home. When the Indians starved because of this, so did they. They were promised food, and that’s that.

There might have been more to the explanation, but I can’t remember it right now and even after reading the letter a couple of times, what I keep taking away from it is how damn cool it was for Lee Miller to write me back. You know when you’re young and you write a fan letter to someone, a fawning thank you for making your life better? That’s pretty much what I sent to Ms. Miller. The question was an excuse to have contact with someone I admired. And it worked. I had butterflies opening the letter, giddiness reading it, and perpetual love after finishing it. I hope she got something out of it too. I’m that kind of guy. It’s one thing to sell a book, read a quick review of it on Goodreads or Amazon (if you dare), but I’d like to think that after the spotlight has moved aside, after the book’s been on the shelves for a dozen years, it is good to hear from a fan. I hope it was. It was good for me.

Writers are sensitive souls, vulnerable to criticism. If we had thick skins we wouldn’t need to bleed on paper, now would we? The loudest, meanest voices, cruelest criticisms and “haters gonna-hate” will always drown out the calm appreciation of a work well done. No book is for everyone. On man’s poison is another man’s meat, but the cook still has feelings.

Take a moment and thank the authors you like. Reach out to them, add an appreciate voice to the mix. Write a review for them. Write them a fan letter. It’s an amazing thing.