Johnny: How was your Christmas? Get anything good?

S.P.: One of our nephews came to visit. So my gift was a glimpse at the life of a 16-year-old. Pretty great, really.

J: I have one. Terrifying, but maybe it looks different from a distance. Hey, I gotta do something, grab that hose.

J: My wife surprised me with a new dolphin aquarium. Six dolphins rescued from The Cove.

J: Mittens. We gotta hose him off.

S.P.: In the kitchen? Is your wife okay with this?

J: Yeah, So you’re from Georgia originally? What is it about the south that spawns horror writers?

J: Is it common in Georgia to have initials for a first name?

S.P.: Yes. My dad was called P.T., a nickname for Paul Taylor (Poage). Many Southern people use initials because we have names that are overlong or strangely ornate. I had an uncle named Posey Dorsey Skelton. All of my aunts had middle names. Eudora Welty said poor Southerners substitute unique names for things they can't pass along, like money or land. Maybe that's true.

J: Do you think that maybe your parents were filling out your birth certificate and just got distracted? Like your name was supposed to be Spamela or Spinach or Spazzamatron?

S.P.: I'd love to say yes. Actually, the initials caught on in grad school. Before that I'd used them only on manuscripts. When my ex-husband took off I paid for the divorce and made the initials part of my legal name. And everyone at school called me 'S.P.' 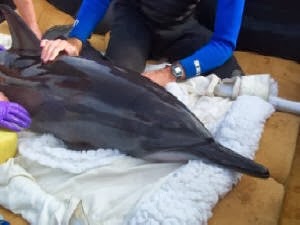 S.P.: Why are three dolphins on your kitchen floor?

J: Yeah, so there’s a little delay with the tank. UPS mis-shipped it somewhere.

J: Ebay. Avoid the spout-hole, but keep them moist.

S.P.: That one's looking at me funny.

J: That’s Margaret. I think she’s pregnant. She doesn’t like the floor.

S.P.: Who would? How long have you had them like this?

J: They were wrapped and under the tree Christmas morning. It was so cool seeing the bows and ribbons flapping around. Most had gnawed through the paper, but the effect was magical. 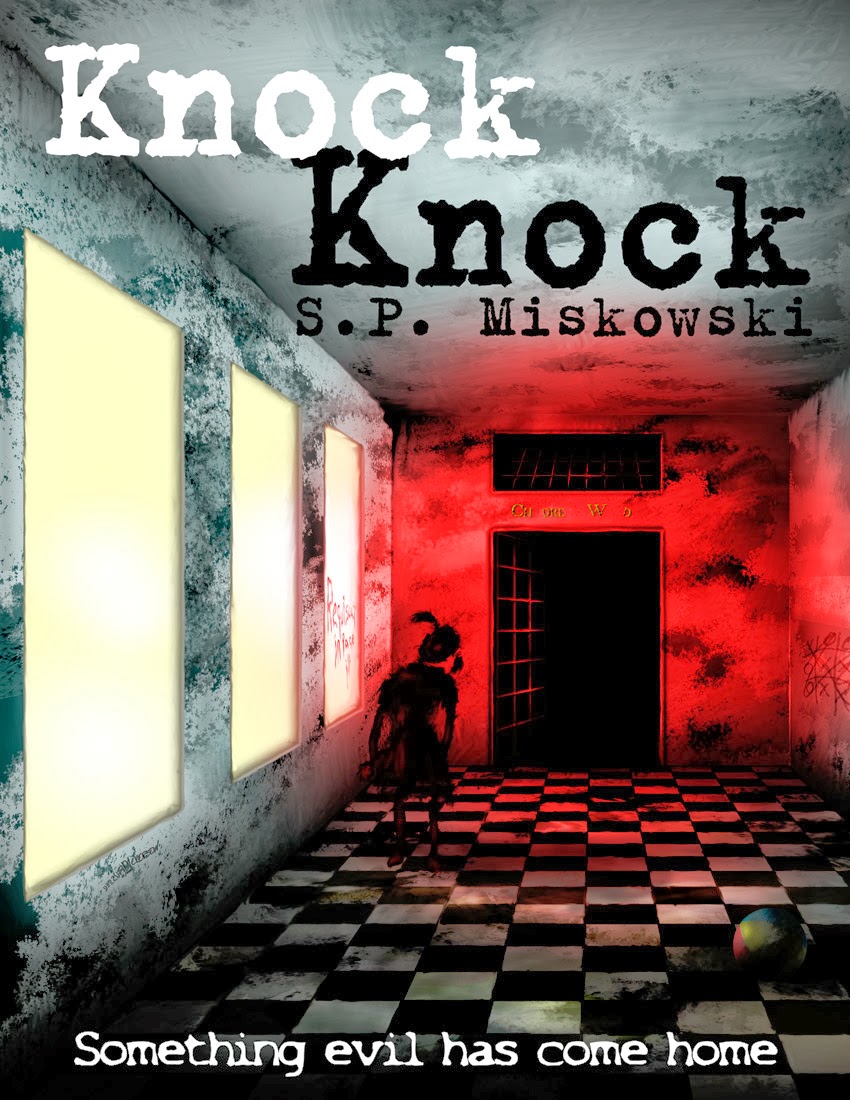 J: Keep the hose on them. When they dry out they get fussy and smell more. Okay, so S.P. is your actual name. I’m named after my father. I’m a “Junior.” I have a cat called Junior. It’s a girl. There she is. She keeps licking Mr. McChirples there. I don’t think he likes it. My kids named the dolphins. They named our cat before they knew her sex and it stuck. But I think they got the dolphins right. What’s your cat’s name?

S.P.: His name is 'Remo Williams: The Adventure Begins.' We call him Remo.

J: Is he named after the movie or the Destroyer books?

S.P.: The movie. Our cat is an incredible kick-boxer. When he was a kitten his fighting skills reminded us of Fred Ward.

J: So you write books. How’d you get into that?

S.P.: I wrote my first book (a very short one) when I was about eight years old. I was always writing as a kid, entertaining myself and my parents. Then for years I wrote short stories. I never expected to write a novel until a few years ago when Knock Knock occurred to me. The more I wrote, the more complex it became.

J: So I feel I should know you but I don’t. That’s dumb because we both work for that tyrant Kate Jonez at Omnium Gatherum, at least a little. Tell me about yourself.

S.P.: Much of my life has centered on writing. I never expect friends to read my stories or books, but I have to say, anyone who hasn't read my work probably doesn't know me very well. My work isn't autobiographical but the way I present the world in fiction reveals more about me than I offer in conversation. In conversation I'm a listener. 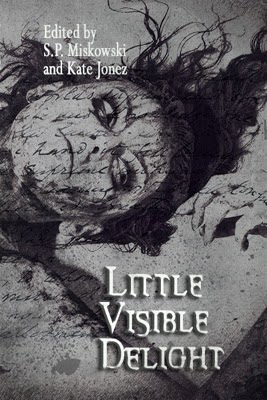 J: With the awesome Kate Jonez, you edited Little Visible Delight, a great anthology featuring awesome writers (like me!). What’s that about? Where’d that come from?

S.P.: Is that dolphin still looking at me? Well, Kate and I wanted to edit an anthology together. And we wanted each writer's voice to come through. Obsession seemed like an excellent theme, with the potential to be both universal and extremely personal.

J: Tell me about your Skillute Cycle.

S.P.: As soon as I completed the novel Knock Knock, I had new ideas about the story. I imagined the history of the midwife and how she came to live in this strange, little town. I wondered where Ethel, one of the main characters, drove off to, when she left Skillute. I thought about the little girl, Ruthie, at the end of the novel. I saw her as a continuation of the spooky cycles of motherhood and violence presented in Knock Knock. So each novella covers a different part of the story you don't see in Knock Knock, with characters and timelines overlapping. How you see the whole story depends on the order in which you read the books.

J: Knock Knock and Delphine Dodd were shortlisted for a Shirley Jackson Award. Tell me about that? 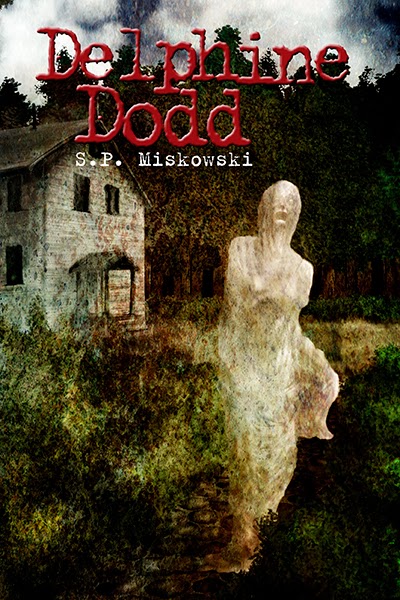 S.P.: I've been in love with the stories of Flannery O'Connor and Shirley Jackson for many years. To have Knock Knock and Delphine Dodd nominated for Shirley Jackson Awards meant a lot to me. It's a nice tap on the shoulder that says maybe I really am in the right place, doing what I'm supposed to be doing. I hope so.

J: Our next anthology should be about envy. I have an idea.

S.P.: I love envy as a theme, envy and revenge. Everyone experiences envy at some time, but how many people act upon it and in what way? Fascinating.

J: Bubbles is upstairs in the bathtub. Jaws is in the guest room and Nosey Doris is in the master suite Jacuzzi. They’re probably hungry by now and Jaws’ sheets have probably dried out a bit.

J: Last they have tracking it was in Boise. But that was New Year's Day. Haven’t heard since then.

J: He is and he bites. We think he’s the alpha. That’s why he gets the guest room. Keep away from the mouth. Just toss the fish on the pillow. He’ll flop around until he gets it. Oh, he made a poopy. We’ll have to clean that up.

J: Had to drain it after some laser beam equipped sharks put holes all through it. But enough about the Mansion, tell me about “dark fiction.” How do you define it? What draws you to it?

S.P.: You know, I don't think anyone can choose dark fiction. An affinity for fiction that doesn't promise a way out, or any confirmation of our best hope, is something that comes naturally. When people adopt a cynical professional interest in dark fiction, because they think the market is somehow better or easier to break into than mainstream fiction, that attitude shines through and ruins the storytelling. You have to have a dark heart to write dark fiction. You have to wonder, truly wonder, if everything we do is worthwhile or entirely pointless.

J: Tell me about your journey to get published. I’m always curious how writers break in. 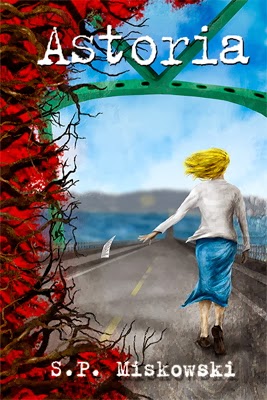 S.P.: I have no idea how to break into anything. A close friend with whom I exchange manuscripts and notes while revising gave Knock Knock to her agent, and she loved the book. We sent it to some publishers. Two editors were quite interested. But they didn't know which category to fit it into--horror, suspense, literary, women. Ultimately they passed because they were not sure how to market it. Then Kate came along, because we were friends on Facebook. She expressed an interest in the novel and my idea for three accompanying novellas, and I was happy to work with her. She's a wonderful fiction writer, and a brilliant editor. So the books found a home at Omnium Gatherum.

J: How did you get such great blurbs?

S.P.: I just asked writers whose work I admired if they wanted to read the books and consider writing blurbs. Everyone said yes. Only one person couldn't do it, and she was a very busy author whom Kate had approached informally. The blurbs are swell, and I can honestly say I'm a fan of the people who wrote them. It would never occur to me to ask for a blurb from someone whose writing I didn't love and respect.

J: What do you think of debut occult thriller, BEATRYSEL, now available on Amazon and at The King’s English Book Store in Sugarhouse?

S.P.: I think it's a book I haven't read yet. But it certainly looks like a dazzling debut. You're very imaginative.

J: Hostage swap? I’ll send you a Beatrysel and you send me your cycle. That’s four for one.

S.P.: Perhaps when the dolphins have settled down and I've written this last novella of the Skillute Cycle, yes. I think your book looks like a real treat.

J: Who besides me and my debut occult thriller BEATRYSEL, now available on Amazon and at The King’s English Book Store in Sugarhouse, have influenced your writing?

J: Where on the interwebs can peeps find out more about you?

Interviews (not as good as this one, but they're out there)


My installment of The H Word column, "In Search of Horrible Women" in Nightmare Magazine--

J: Make sure there’s water in that tub. 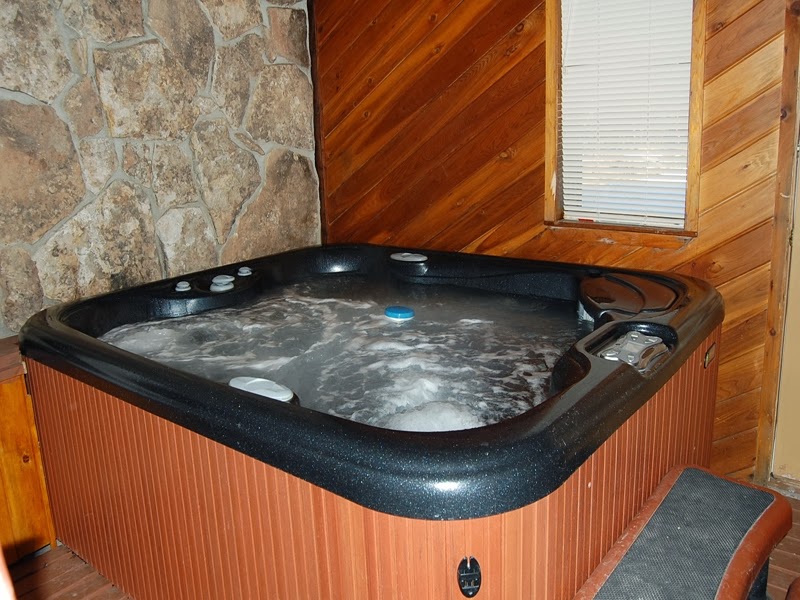 J: Damn. Bubbles got out again.

J: Last time I found her heading toward the neighbor’s koi pond. Yep, there she is outside. 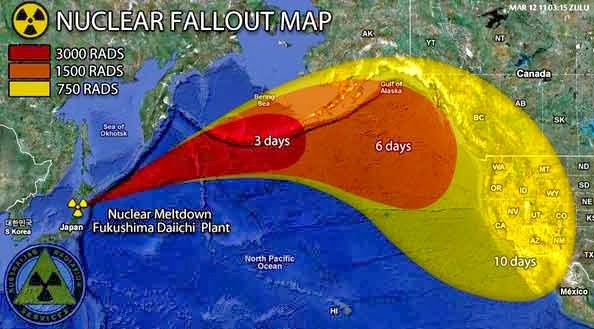