With the Academy Award Nominations just announced and The Sundance Film Festival under way in my backyard, I thought I'd take a moment to investigate the odd intersection of writing and film-making: the book trailer.

The idea behind the book trailer is the same for a movie trailer - to titillate a prospective audience and produce sales. Books and film have much in common, the one often being the germ of the other, both being narrative and costing the reader/viewer about the same, depending upon the amount of popcorn your date wants and if you have an e-reader or no.

Like film trailers and the movies they’re selling, there’s a wide range of budgets and quality in book trailers. This is one of the problems. A great book can have a crappy trailer and vice-versa. It’s like the cover of a book: forget the writer, a graphic artist can sell a bad book or bury a great one. Book Trailers can bring many new artists to the scene; script-writers, filmmakers, editors, actors directors, technicians. More cooks to the stew.

I’ve seen a lot of book trailers. For this series of blog posts, I’ve arbitrarily put them into five categories describing their primary approach
All these categories necessarily overlap in places but my general categorization works fine and would be a good grouping for any book-trailer award shows that might come along.

Because I like my blog posts to be read while at stoplights on smartphones during rush hour and in the commode on iPads when the shampoo bottle just won’t hold your attention, I’m going to limit myself today to looking at just the Blurb Spot today, so you can get on with you day.

In many ways the Blurb Spot book trailer is the truest form of book-tease. It is often literally the visual representation of the back of the book.

Let’s check out the trailer for Tammy Maas' debut novella A Complicated Life in a Small Town.

Yeah, it’s cheesy with the voice-over narrator, the text appearing as he says it, easy video effects and  stock photos, but it works. Tammy told me that she was approached on FaceBook by the producer of the trailer and got it done cheap and quick.

This to me is the essence of the Blog Spot category. It’s simple, visually interesting and creates the precence on the video side of the internet, where all the young wipphersnappers go for their pokeymons and wheely shoes.

You see, cheesy as Tammy’s trailer is, it has been seen by 250 people. That’s reach. That’s what we’re trying to do as new authors. Whether these translated into sales I don’t know, but Tammy has a YouTube presence to compliment her FaceBook, Twitter, blog and bathroom stall graffiti. Penny for product it’s as effective as anything she could have bought. And different.

Take a look at this trailer for The Crimson and The Frost by John Williams and James Colletti.

This is similar to Tammy’s in many ways, but the quality is clear step up. Instead of stock photos, we get some stock footage. The effects are better, flying text is mostly omitted for the interesting underlying visuals and the creator used some slick graphics for the title. All-in-all, very well done. (I’d have dropped the phrase “epic proportions” like a hot piece of kryptonite, but then again maybe it’s a callback to something in the book.)

This trailer is simple and compelling and compliments the book.

I consider the production of this video a fluke. It was made by one the the writers of the book who is in fact a video editor by day and he did it on his spare time with his equipment and talent. Lucky. This level of gratis personal video professionalism is not within the wheelhouse of most authors, but commissioning a video of this quality would not break the bank. There are plenty of starving video artists out there who'll love to hook up with a starving writer and make a starving deal. They too could use exposure.

This one  the cost is absolutely nothing. Take this next one for Beautiful Monster, a spooky book by Mimi A. Williams and Jared S. Anderson. 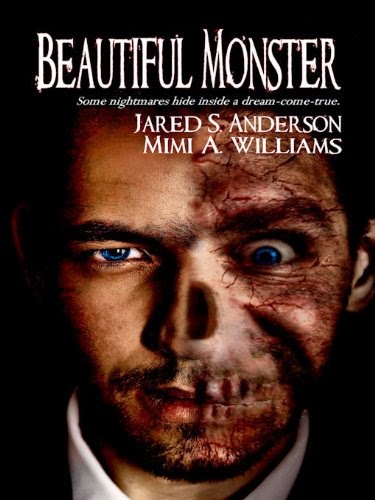 This is one of my favorites for many reasons. First it’s simple and effective. The narrator’s voice is omitted and a compelling soundtrack is added, which puts it close to the Mood Medley category. The visuals are stark, dark and best of all, the book’s own cover.

The trailer stays focused on what it’s doing - directing you to a book. The text is straight from the back of the novel, or could be, and the graphics are interesting without being distracting. And best of all, Mimi herself made it on her computer over a weekend. Mimi is not a professional video editor. She does not have a studio at her disposal. She has a computer, a mouse, some free software and a cup of green tea. This is the magic of modern technology. Nearly 300 views and a visual presence for a literary achievement. Well done.

Like Williams’, the next one is on the border between the Blurb Spot and the Mood Medley, but I’m putting it here because of the text it uses. Take a look at Isaiayan Morrison’s trailer for Deamham.

If you don’t know who Isaiayan I should probably tell you that she plays video games professionally. It is therefore probably not a surprise to hear that she too made her own book trailer. She said it took her all of two hours to do. Yeah, I know. If wishes were fishes we’d all have awesome book-trailers.

Knowing that the author herself made this trailer makes it all the more personal and meaningful. Particularly since the music, an emotional artform if ever there was one, is so prominently featured. At least I think so. Beyond the gripping music, the simple use of text adds to creating a curious mood. I’m interested in the book. I know it to be darker than the video would suggest, but the video is cool and that’s something. In fact, that’s something great.

Not all of us have the skill or talent to produce our own videos, but then again, with computers and a little effort, maybe we do. And if we don’t, there are people who do, who can create something for us.

And that’s the key: To be out there.

I’m going to be looking at other book trailers, more expensive ones, flashier ones and more famous in the weeks ahead, but I think it’s important to start here with these simple Blurb Spots because of their relative value. You can easily commission such simple videos or make them yourself and thus quickly and cheaply achieve effective YouTube social media presencing (Did I just invent a word?)


Next week - Mood Medley
Posted by Johnny Worthen at 11:25 AM