Back in April I had Jenniffer Wardell over to the Blog Mansion to celebrate the release of her first book, Fairy Godmother’s Inc. and challenge her obviously misguided devotion to the Monkees over the Beatles. Sheesh. That was back in April you fool – you know, way back in 2013. So I caught up with her these many months later to check up on her. We spent the time cleaning up after a party.

Johnny: Still like the Monkees more than the Beatles?

Johnny: That’s just sick and wrong, but if my teasing won’t change your mind I don’t know what will.

Jenniffer: I may be crazy, but I'm crazy and loyal.

Johnny: Lucky for you, they also come cheap. They were willing to come serenade us for as much beer as they could drink.

Jenniffer: I think they've drunk too much. I'm pretty sure I just found Davy Jones here under the crepe paper.

Jenniffer: Quite the party. What were you celebrating? 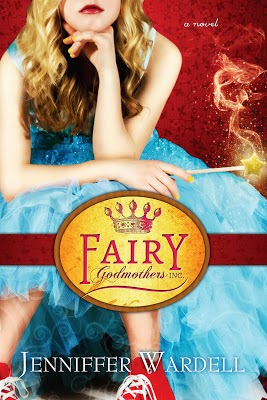 Johnny: Wednesday. So you’re a few months a head of me on the book thing with a different publisher. If you had to describe the experience in one word what would it be?

Johnny: Okay, one word is a stupid limitation, please expand your answer to more words.

Jenniffer: After all the work it took to get the book together, and to finally get it accepted for publication somewhere, most authors think that the work is over. It turns out that it's just beginning, and nothing we've learned in the process of getting there is the slightest but of help.

Johnny: Watch the glass. Those damn Russians would toast and toss their glasses on the floor. I don’t get it. They were drinking Pepsi. Anyway, what’s been your favorite part of the new author experience? Watch the glass – I told you.

Jenniffer: Readers. They make the experience a joy.

Johnny: And of course what is your least favorite thing about the experience?

Jenniffer: Marketing. As a writer, I'm much more comfortable watching people from a distance than I am interacting with them and asking them to do things.

Johnny: I understand you and Neil Gaiman are chums now. Tell me about that.

Jenniffer: I worship the man, as do most fantasy fans, and when a store displayed our books together I was so thrilled that I immediately had to tweet a picture (and, of course, tell every single person I've ever met). Neil, being the most wonderful man on the planet, saw the picture and responded to my tweet. Naturally, I fainted.

Johnny: So can you hook me up with his agent? I invited him but I’m not sure if he showed up.

Jenniffer: It takes a very complicated ritual to summon him. You need a half a cup of mermaid scales and a lawyer's lost joy just to get the process started.

Johnny: You were working on Dreamless last time we talked. What’s up with that?

Jenniffer: I'm in the last legs of the editing process, which has been a beast. One character changed dramatically while I wasn't looking, and I had to take a couple of stabs at figuring out how exactly an undead wraith would talk to people it doesn't want to murder. I think I've got everything solved, though, and hopefully I'll be able to wrap things up shortly.

Johnny: How goes the sequel to Fairy Godmothers Inc.?

Jenniffer: It lost the shoving match that all my plot bunnies have to go through, so it's currently been pushed to the back of the queue. I have, however, written a brief epilogue to "Fairy Godmothers, and posted it on my blog: http://jennifferwardell.blogspot.com/2013/12/fairy-godmothers-inc-epiloguethe-swing.html

Johnny: So Jolly Fish Press is going through a big transition now, moving from Ingram to IPG, the Independent Publishing Group. How’s that been for you? 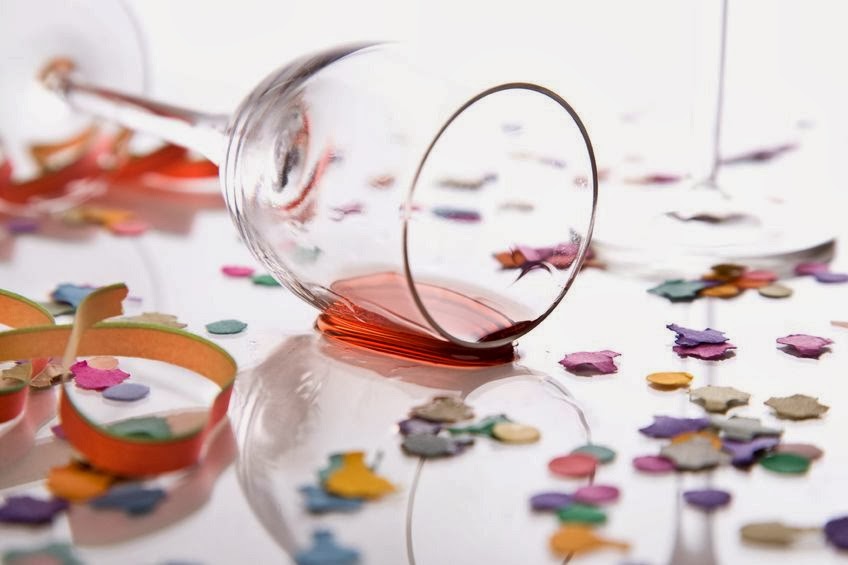 Jenniffer: Beast Charming got pushed back into 2015, which was tough, but things happen during transition periods. It's too early to see what the other changes might be, but I'm keeping my fingers crossed.

Johnny: I invited them over too, but I don’t think they could find parking. Plus Kirk said Wednesday wasn’t a good enough reason for a rave. Like I need a reason.

Johnny: What do you think about book signings? Waste of time or good times?

Jenniffer: Honestly, it depends on the people. I've had some terrible experiences, but I've also had some absolutely lovely ones. I never know what a signing will be like until I get there.

Johnny: So with all this writing how far have you gotten in Beatrysel, my debut occult thriller now available at Amazon and The King’s English Bookstore?

Jennffer: Honestly, I just finished the book and I loved it (next challenge: When to find the time to do some posts....) So much horror sacrifices genuine emotion, but yours explored the full depths of it and still managed to deliver a chill. Well done, sir. Well done. 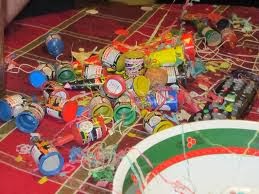 Johnny: Those poppers are still smouldering. Speaking of which, what promotions have been the most successful for you?

Jenniffer: Kindle sales. No one can resist a bargain.

Johnny: Okay, enough shop talk. What else ya’ got going in your life?

Jenniffer: I have no life other than writing (and reading, of course) but I love it that way. When my book makes a top 10 list I'm as happy as if I'm the one who managed to do something interesting.

Johnny: And reading Beatrysel, my debut occult thriller now available at Amazon and The King’s English Bookstore. Don’t forget that.

Jenniffer: Actually, I need new reading material. When's your next book coming out!

Johnny: I've got Eleanor coming out in July. It begins the trilogy.

Johnny: And your links.

Johnny: Oh god. There was a cigarette butt in that glass.

Jennifer: Why are you drinking leftover booze like a homeless person? 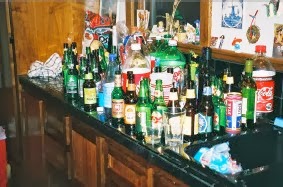