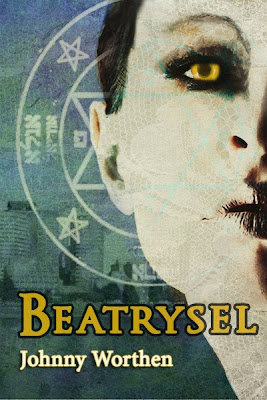 It’s finally here. My debut.  BEATRYSEL is available now on Amazon as a trade paperback and an ebook. If you’re reading this and don’t already have a copy coming, you need to order it now. Do it. Do it now.

What a trip. Forgive me if I ramble. My emotions are pinball between exhilaration and terror, hope and dread. I know many authors who had an easy time getting a book out. I was not one of them. I didn’t know someone who knew someone or who happened into a booth of a hungry new publishers at the right moment. There's nothing wrong with - that's just luck and fate and fortune, and fortune smiles on us all at different times. Eventually. If we keep scrapping ahead.

I was about to self-published something - anything to get some notice, when lightning finally struck. Then it struck again. And again and again. All at once. I had an offer for BEATRYSEL and then on a trilogy and a mystery series. Then I got another offer for BEATRYSEL.

It happened. It was a miracle. Six all at once, after years of trying. 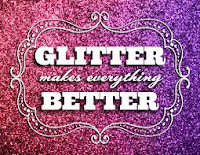 That was exciting. But it was a year ago. Since then the glitter wore off, well, as much as glitter ever wears off anything - never completely, amirite?

Being picked up was just the beginning of the process. Even a small publisher like Omnium Gatherum needs time to get a book out. Months went by and though I daily looked at the contract tacketd on my wall, I doubted the reality of the event I had worked so hard for. It had taken so long and it was still just an idea.

Then came my turn.

Overnight I was awash in edits and covers, discussions and plans. Since Omnium is a small publisher, I was right in the thick of it all. Of course I was involved in the edits, but I also worked on cover design, font choices, blurbs and marketing plans. I got an education in publishing that “luckier” authors never get.

There were certain moments in the creation of BEATRYSEL I will recall the rest of my life. In particular there were the “chill” moments. I get a chill when I first get a concept for a book. That’s the small one. Then I get a chill when the book is done. That’s huge. That one is sudden and powerful and can last a whole day and is the psychic signal of completion. I don't stop working until I get it. It is the drug for which I write.

The cover chill. This one was a surprise and long time coming as we experimented with many different designs. I didn’t expect it at all. One afternoon, I got another proof in the mail and ZAMM ZAP! There it was. The chill. I knew at that instant we had the cover for BEATRYSEL. It's the one you're looking at.

Holding a copy of my book in my hands is another, a jumping up and down and scream-inducing chill. It harkened back to the first ones and somehow completed the cycle.

And then there’s today. The release date. I’m so chilled I’m shaking. Shaking, I say. Shaking.

My lady BEATRYSEL is out there now. She’s divorced from me and is as independent as any child can be from her father. I can only claim her now, no matter the reception, good or ill.

It’s taken so long to get here. So long. Years in conception, years in writing, years in finding a place to bring her to life.

Now BEATRYSEL, my debut as an author, is here.

I’m shaking. It’s all out of my hands now. Mostly. But I can hope.