Thriller writer Susan Dorsey drops by the Blog Mansion for a tour of some local history and book talk.

Johnny: Over there is where a group of survivalist separatists holed up in a bunker demanding their new nation of “Burtberg” be recognized.

J: They came out after six months. No one had noticed they were gone. They sold their arsenal a the Crossroads of the West Gun Show and blew the whole wad and hookers and cocaine over a weekend.

J: There’s a story in there somewhere. Is that where ideas for your stories? Local history?

S: I do get a lot of my story ideas from local history.  I’ve been fortunate enough to have lived in East Tennessee all my life.  We have a ton of cool stuff that went on around here, most of which I never learned in school.  I had to find out on my own that Hernando De Soto visited an island where I often take my kids to the park.  I had to read and discover that Confederate General Longstreet chased Union General Burnside up the road that runs behind my house one hundred and fifty years ago.  I had to learn from family research that the dark-skinned group of people known as Melungeons predated the “English” settlers in this area.  Sorry, I’m starting to get carried away.  East Tennessee is fascinating to me, but I’m equally sure that where you and your readers live is just as interesting.  All you have to do is dig a bit under the surface and see what you find.

J: How do you go about doing local history research? 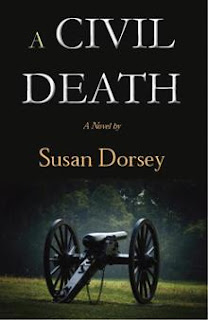 S: Read anything and everything you can get your hands on.  Google your town. You’d be amazed at what you find.  Talk to older people, little old ladies, and librarians.

S: Really. Who better to be involved in everyone else’s business?  I worked in a salon for several years doing nails.  Let me tell you, your hairdresser knows everything that’s going on in your town.  You can’t imagine the stories I’ve heard! Honestly, when I left the salon, I should’ve just skipped writing and gone straight to extortion.

J: Tel me about Jane Brooks? Is she like you? 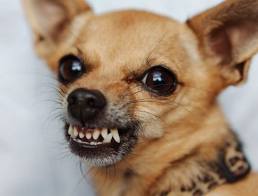 J: Oh look there. That’s where a dog chased two Mormon Missionaries up a tree for six hours.

J: It was a mean dog and there are a lot of missionaries. Don’t you have them in Knoxville Tennessee?

S: Oh, I need to borrow your dog.  True story – I hardly ever nap, but two weeks ago, I was exhausted at three in the afternoon.  I settled in on the couch and had just drifted off to sleep when the doorbell rang. You guessed it. Missionaries. Now, I don’t much care what anyone else believes about God.  I figure that is their business, not mine.  I would’ve been equally angry with any group that came to the door that day.  Still, I was polite as I told them to leave. That’s what Southerners do. We’re polite until we stab you to death.

J: It’s the Bible Belt right? How does that effect your writing?

S: I think it effects everything down here.  Like I said, I don’t much care what other people believe about God. It does seem that a large part of the population in my neck of the woods doesn’t feel the same way.  People here very much care that you believe the same as they do. 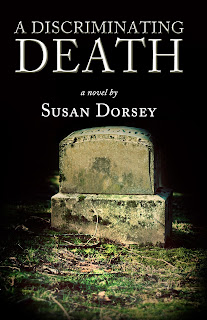 J: You have a recurring gay characters. Tell me about that. Have you gotten any flack for that?

S: Despite the bad rap the Bible Belt gets, I honestly haven’t had any open criticism of my gay characters. It might be offensive to some people, but if so, no one has called me out on it. I never intended my gay characters to be a special because of their orientation. Rodney and John are just gay.  It’s no more of an issue than the fact that Jane is straight.

J: Give me your pitch for your newest book, A Haunted Death.

S: Jane doubted she’d see a spirit at a paranormal investigation in a client’s haunted barn, but she never dreamed she’d see a ghost. The police ruled that the Ghost Hunter died from natural causes, but Jane and her fellow hairdresser Rodney must determine if they are being haunted by a ghost or hunted by a human. Jane must discover the truth about what happened in the barn before she becomes a corpse herself.  She may find that some secrets are better left buried. 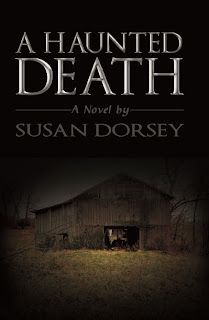 J: Cool. How’d you get into writing?


S: I’ve written stories since I was a kid in elementary school. My Dad recently found two of my earliest works and mailed them to me.  One story was called “The Chartreuse Piglet.” The second story was titled “The Rotten Tomato.” The piglet ended up being evil and the tomato somehow ended up in heaven.

J: How hard was it to get your first book in print?

S: Very hard. Gut wrenching, blood sweating, hard. I sent it to everyone I could find. I got more rejections than I could count. Finally, an indie press picked it up. The second book was easier to sell.  I actually had a couple of offers for it, and even more for the third.  It helps tremendously to have a body of work listed in a query letter.  My advice to writers just starting out is to keep writing and keep submitting to everyone that will give you the time of day.

J: Amen. You have little kids? How do you find time to write?

S: I don’t! At least I don’t during summer break.  It’s just been too chaotic to stick to a schedule.  I do have a regular writers group that I meet with every week, so that’s helped me keep on track with some editing. My real creative work is going to just have to wait till the school bell rings this fall. 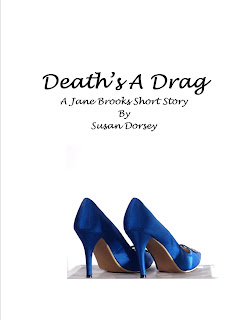 J: Here’s a monument to the terrible Fire Ant invasion of 2013. I was there. What’s the best local history/Knoxville story you know?

S: It’s hard to find a historical site that serves really good martinis.  This is one of my favorite stories and places in Knoxville.  I think this bit of history shows the true nature of Knoxville during the Civil War.  East Tennessee did not blindly follow the rest of the state’s Confederate leanings. A lot of people here were Unionists at heart.  The city of Knoxville changed hands repeatedly during the war.  Loyalties were divided and brother truly fought brother here.
There is an old house on Kingston Pike in Knoxville called the Baker Peters House. It currently is home to the Baker Peters Jazz Club. It was originally the mansion home of Dr. James Harvey Baker. Some say that Dr. Baker was a Confederate sympathizer while others claim he maintained neutrality during the war. What is not in dispute is the fact that his son Abner joined the Confederate army and marched off to fight the Union.
While Abner was away, Dr. Baker used his home as a makeshift hospital for wounded Confederate soldiers.  Union soldiers discovered his treachery, broke in, and shot him to death.
Abner returned from the front to find his father dead and rumors that the postmaster, William Hall, had reported his father to Federal forces. Abner shot and killed William Hall. The commemorative marker at the front of the Jazz Club today praises him for his “courage and loyalty to his family.”
If you step inside the restaurant, you’ll be greeted by a host or hostess.  If you ask nicely and you’re lucky, they’ll show you a doorway marred with bullet holes made by Federal guns.  If you’re really, really lucky, they’ll show you a photo of the ghost of Abner.  You can see him looking in the front window of the restaurant before you make your way upstairs to order one of the best martinis in Knoxville.