Paranormal author and professional video-gamer Isaiyan Morrison drops by the Blog Mansion to play some games and tell me what the Navy has to do with the supernatural.

Johnny: Well how does it?

J: Was that a big deal for you, serving in the Navy?

I: Honestly. Not really. It wasn't something I gave a lot of thought to. I just walked in one day with my brother who was trying to join, looked at the brochures, and then said I wanted to do it as well.

J: Is that where you learned to hadoken?

I: No, but it's where I learned to drink heavily.

J: Shit, that was quick. How’d you do that combo?

I: Mind games my dear Johnny. It's all mind games.

J: Video games aren't my forte. So you just don’t smash the buttons? It always worked for me before.

I:  It's important to me and the health of my precious digits to not mash on those buttons, even though the game somewhat allows you too.

J: You’ve traveled quite a bit, Minnesota, Navy, San Diego, Los Angeles, Minnesota again and now Texas. What are you running from?

I: I think the question should be, where am I running to!

J: A verbal dodge to parrallel your game dodge. I thought forsure I was going to get  you with that.

I: Don't telegraph your moves so much.

J: So your first novel Deamham is coming out soon from Rainstorm Press. Tell me about it.

I: Oh yes. Novel time! Let me just get this last hit in before I put down my controller.

J: Is that my spleen? 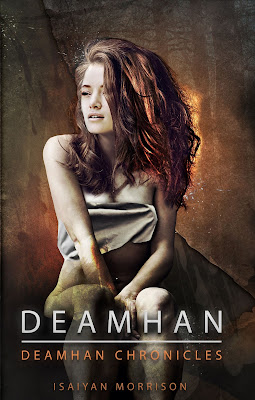 I: I think so. Deamhan is about a woman, Veronica, who goes back to Minnesota to find the truth about her mother's disappearance. The only thing she knows is that her parents worked for a secret organization in Minneapolis at the time of the disappearance and her father has remained tight lipped about it. When she starts to retrace her mother's footsteps, she realizes that her mother was tracking a Deamhan and to find this Deamhan, she has to head into their dark and dangerous world.

J: What are you doing to promote you book Deamham?

I:  I'm currently planning a blog book tour with Bewitching Books. The dates are to be determined. Like every author out there, I'm spamming away the website to my novel but with care. I don't want to over spam anyone.  I'm currently planning Giveaways that don't include hand-me-down items.  I'm thinking about maybe gift cards, kick ass book marks, kindle sleeves, and *gasp* a free Kindle! Not sure when I want to do this so if you're interested, just be sure to like and follow my Facebook page. What I can tell you is that I'm a generous, generous person.

I: Yes. I've had short stories published in online zines, some of which have totally disappeared from the internet. I used to write nothing but short stories but recently my mind can't seem to stop writing after I've reached that 2,000 word limit. So for now, I've placed writing short stories on the back burner.

J: How do you find time to play video games?

I: I give myself roughly two hours to play daily. Well, that depends if there's a game I'm interested in at the moment. When I was sponsored, I played about six hours a day. Nowadays, two hours satisfy my daily craving for hadokens, dragon punches, and shooting zombies. There are some days I don't play at all.

J: Tell me about being a professional video gamer and can we change the difficulty setting? 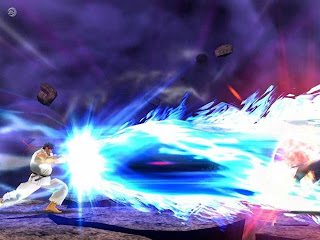 I: It sounds like a gamer's dream but in reality, it's hard work and can be tiring. I was sponsored by Madcatz (madcatz.com) and part of their fighting game division. There were times when I'd fly out for the weekend to an event, get back on Monday, then Wednesday I was on another plane headed to another event. Instead of playing for fun, you have to learn the game's mechanics and put them to good use. You also had to deal with others who challenged you for your spot. At that time I was considered the top female Street Fighter player in the US and one of the top female players in the world, but I never saw myself that way. It's a silly title. I just liked playing, always have, and apparently I was good at it. But in the end I felt like it was no longer a hobby, but a job and I had to decide. Either I continue this hobby or I get back on track and start writing again. I chose writing. I still attend tournaments but not as much as I used to. I'm slowly taking baby steps away from that environment. Writing is taking up a lot of my time and I have no regrets.

Oh and no. We won't change the difficulty setting.

J: Put down the controller and tell me what do you like about vampires and werewolves?

I: As for vampires, I like the idea of immortality and how, in reality, nothing that exists in truly immortal. While vampires have strengths that no human can match, they also have weaknesses that make them delicate. I like reading about what they have to do to survive more than why they're suddenly in love with some chick and have this urge to have sex with her rather than eat her. Some vampires kill, kill, kill, while others have what we'd like to think of as moral judgment and the knowledge of right and wrong. But when you have to kill to survive, how could anyone live 100 plus years with that?
As for werewolves I also like the idea of being able to transform either on the full moon (or at will in some cases) and what's it's like for raw animal nature to take over. We all know what happens and can happen when humans do things without a conscience but what is it like for a creature with a basic human conscience.

J: I lost. Again. You weren’t even holding the controller.

I: My mind games are just too godlike.

J: Tell me about Spheres. It’s a serial right? Are you doing it yourself. 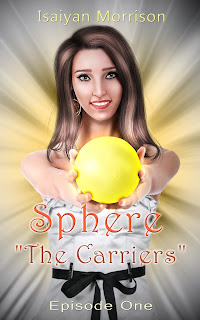 I: Sphere is a serial novel released in episodes ranging between 15,000-18,000 words. It follows Tayla, a teenager girl who suddenly finds out that she's descended from Carriers, humans who have gifts that are powered by their spheres. She finds out that her gift is the strongest and the most dangerous gift a Carrier can have. She also finds herself involuntarily stuck in the middle of an upcoming war between Dark Carriers, those who use their gifts for bad, and Light Carriers, those who use their gifts for good. In the end she has to choose a side.
As a writer, I wanted to go out of my comfort zone. Deamhan is more for 18+ so I wanted to write something for ages 18 and under. I guess we call that "young adult" now.
But anyway, I started experimenting and that's how Sphere came around. At first it was a long novel and I had a hard time keeping it straight. When I broke it into a serial, it suddenly pulled together like magic. Besides this being my first time tapping into the young adult market, it's also the first time I've self published something like this.
Right now the first episode, "Sphere. The Carriers," is available on Amazon for only .99 cents. The second episode titled "Sphere. The Bond, Episode Two" will be available August 7th on Amazon as well.

J: What are you adding to the paranormal genre? How are your vampires and werewolves different?

I: 10 years ago when I started brainstorming about Deamhan, I began to read about vampires. I realized that there were different types of vampires than just bloodsuckers. I didn't understand for the life of me why authors didn't explore that. To me, it's untapped, so I wanted to dive into it. After a few years I picked eight different type of vampires to include in my novel with the common bloodsucker being one of them (along with shadow vampires and yes, these exist in lore.) In Deamhan I've only exposed four of them: blood drinkers and three types of psychic vampires.
I promised myself that my vampires, Deamhan, would be mean, dark, and uncaring. I would try to stick as close as possible to "vampire basics" like avoiding sunlight, staking. The only vampires I've found while researching that have sharp teeth are blood drinkers so I included that while the other 3 clans don't have sharp teeth because, again, they're psychic vampires. They don't feed on blood to survive. 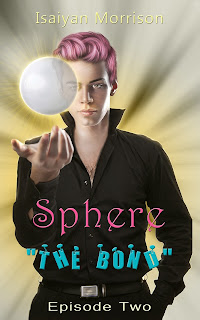 However, I struggled with the notion of humanity and how or if it could exist after one person is turned.
I prefer not to read about romance and vampires. I understand the interest but for me, vampires are dark creatures. They don't cry about their existence, they kill to survive, and they like it. Can they love? Well apparently they can in most vampire novels today. There's nothing wrong with that. However, they are dark creatures, demons, whatever, and they still need to retain that. I don't think vampires would spend their eternity in high school but I think vampires would spend their eternity stalking their next victims. Writers need to give them their balls back, seriously.
My Deamhan have balls. Big balls to be precise.

J: Where on the web can my people find you?

If you want to read up more on Deamhan including character profiles and Deamhan clans, you can also visit the website to my novel, http://www.deamhan.com.
Each week I revealed important characters in the novel. With the second book in the Deamhan Chronicles currently being edited, I'll start up again soon with more character reveals.
I'm also on Goodreads, BookLikes, Shelfari, but I don't want to clutter this interview with links.

I: What do you want to play?

J: Let’s see, what was the last video game I beat my kids at? Ah. Here we go.