Ann Marie Meyers goes Up in the Air with me.

Anne Marie Meyers and I pushed off the hill at 7:30AM in a tandem paraglider. The morning thermals swiftly picked up the wing and lifted us high in over the suburban landscape below. We could see traffic streaming like ants on the freeway below and hear the wind rustling in the canopy.

Johnny: Wow! This is great. I’ve never done this before. We’re flying!

Ann: What? You’ve never done this before?

A: I haven’t either.

J: But you wrote a book about flying. I assumed you knew how to paraglide.

A: You assumed wrong.

J: I told them you were an expert. They’d have never let me have the sail without a qualified pilot.

A: Nope. First time. I thought you knew how to fly.

The breeze sent us back over the hill in slow rotating spirals, ever higher. 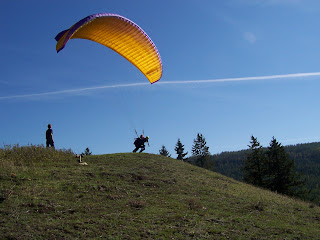 J: Let’s not get ahead of ourselves. We’re flying.

J: So you’re telling me you did no practical research into your book, Up In The Air?

A: Oh, well (whew), I can answer that. Up In The Air is about a girl named Melody who has dreamed of flying since forever! When she lands in the mystical realm of Chimeroan and gets the wings of her dreams, she thinks life is finally going her way. Yet, even with wings, Melody soon finds our how wrong she is and that it’s impossible to ‘outfly’ her past. She is still traumatized by the car accident that left her father paralyzed, without leaving even a trace of a scar on her; and she blames herself for the accident. In Chimeroan, Melody is forced to come to terms with her part in her father's accident, and in the end she is faced with a dilemma: to choose between the two things that have become the world to her: keeping her wings or healing her father. 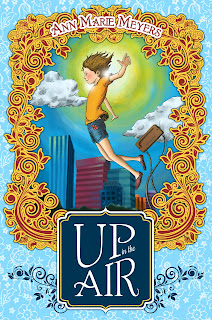 J: What are the challenges of writing for Middle Grade?

A:  When I realized that I wanted to start writing for children, I read a lot of middle grade books. I was surprised at the variety that interested kids nowadays. In my day, the Bobsey Twins did the trick for me. But now twelve-year old children (even younger) are into The Hunger Games, Twilight, Harry Potter. I had to completely reinvent the wheel, so to speak, and open my mind to what would interest a child between 8-12 years old.  Story content, I think, is one of the major challenges, and there is a much wider range of genres children are reading nowadays. The other challenges, such as coming up with a dynamic, page-turning plot, finding the right tone, etc. etc. usually falls into place once the story idea is known.

J: Is it all content and vocabulary or do you see other differences between books aimed at a younger age group than adults?

A: There has to be a certain sensibility when writing for a younger age group. This can certainly come from reading as many Middle Grade books as possible, of course. However, having some understanding about the younger generation, the ways in which they differ from, and are similar to, us when we were that age, their aspirations and the influences (eg: socially, technologically) that affect them will only serve to make books for kids more poignant and enjoyable.

J: Is Melody more like you or your daughter?

A: Melody isn’t like either of us (unless… do you mean if Melody’s wings are the same color as mine?)

J: Your book is in the first person present tense. Did you have problems with your editor about the verb tense?


A: Actually, no. That was never an issue. 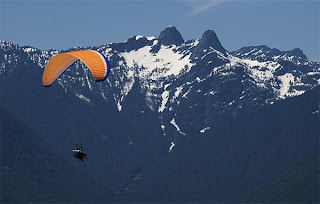 J: Tell me these vultures are taking advantage of the thermal we’re on and aren’t just waiting for us to crash to eat our bodies.

A: They have their eyes on you, Johnny. Can you just shift over a bit please? More. Much better.

J: I understand your book is being marketed to educators. Tell me about that.

A: I’m not sure that is specifically the case, though I am planning to visit schools and chat with the kids. I did go to one school several weeks ago and I read to a Grade 4 class. I loved it!! The kids asked me questions I hadn’t thought of, and forced me to dig deeper into Up In The Air and look at the story from different angles. You should have seen their eyes light up when I told them what the book was about.

J: How closely did you work with your illustrator?

A: Not closely at all. I initially gave some suggestions as to what I thought would be a good image for an illustration in each chapter, and left the rest to the illustrator, Ethan Aldridge. I believe he worked with Jolly Fish Press towards the final product.

An American Airlines 707 flew past and sent us spiraling downward. 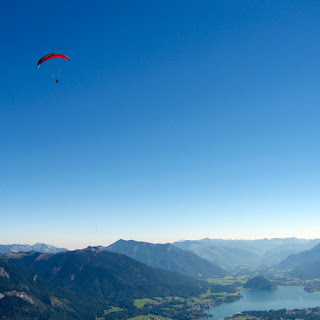 J: I don’t know. Maybe something.

We fell faster, this time counter-clockwise.

We leveled off heading west.
J: So where are you from?

J: That’s right. Up in the Air is being released Internationally. That’s cool. How does that work?

A: Well I’ll be holding a book launch (and readings) in Toronto as well as in Trinidad.

J: That works. How many languages do you speak?

A: French, Spanish, English and a bit of Chinese (Mandarin). I’ve actually lost most of my Chinese as I don’t practice. But it was such an interesting language to learn.

J: Are you translating Up In The Air into those?

A:  No!! It’s best for a native speaker in the target language to do the translation.

J: Tell me about getting published. What was your journey to publishing?

A:  Months and years of writing and rewriting ad infinitum. Rejections were the hardest to take. They definitely took my ego down several hundred steps or so. I don’t know what I would have done without the writers groups I belonged to. Their support and encouragement were invaluable. But you know something, all those years spent creating new stories, rewriting and revising have given me a confidence that I didn’t have when I first started out. I know that, no matter what, I have the ability to develop new stories and stick with them until they are ready, regardless of the loops and challenges the characters throw at me.

A: The sun’s going down.

J: We’ve been up here a long time. I think we’re getting lower. Where on the internets can my peeps find you, you know, to send flowers and all that.


Shortly after dusk, we find ourselves streaking across a rooftops and trees. Anne Marie fell asleep somewhere over the wastelands. 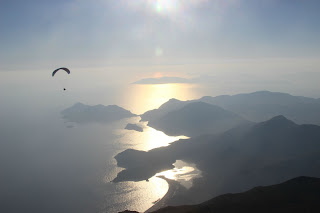 J: We just have to make it over this next rise.

A: What's that sound?

A: With ocean winds?

We're wafted high above an ocean. I think it's the Pacific, but I don't know. We're sent higher than we we ever.

J: Crappy way to end the interview, but approapriate, don't you think.

Posted by Johnny Worthen at 9:46 PM