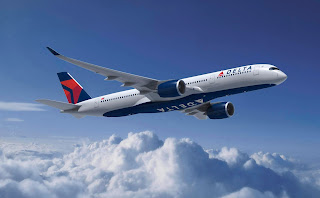 I flew to Michigan last week for StokerCon™. I don’t fly much. It’s expensive and frankly no fun. I’ve long thought that it is an authoritarian control power trip to discourage movement. After 9/11 when we were all scared, they took the gloves off and we our shoes. I don’t know of a single terrorist the extra hour of waiting in line to be x-rayed and groped has ever stopped, but it is doing something. It’s a deterrent, but I’m not sure it’s deterring what we think it is.

Remember when “show me your papers” was a clichéd Gestapo stereotype? That’s an airport now. Searches and questions and show ID and delays and suspicion. It’s how it’s done. You are made to feel like a criminal. Show me your shampoo bottle. Let me RFID your wallet. 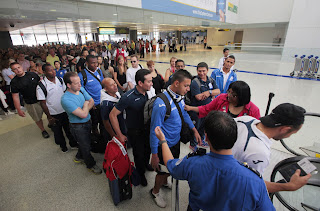 The inconvenience and suspicion is not equally applied. Hell no. Not even close. You can pre-screen through the TSA if you have time and a computer and resources. You can buy an upgrade that lets you go through the fast lane at the security checkpoint where there’s less rigmarole. I guess terrorists can’t upgrade. it’s a microcosm of a failed state, a peek into dystopian America; one set of rules for the upper class, another set for the rest.

We board by classes. First class, Comfort Class (which is a middle thing on Delta and has some leg room) and then economy, or the cattle. I saw that first class passengers also had their baggage marked so they’d be the first out of the plane. Egalitarian ideals do not extend past the curb in any way. 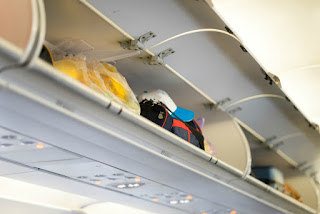 Bag fees are so ridiculous that everyone tries to carry everything on, so the already cramped cabin is twice that. On every plane I took they offered to have people check their bags for free because of bin space concerns. If only they’d offered that at check in.

Airports are huge. I thought I’d have a stroke changing gates for a connection in Detroit. Nobody told me there was a train until I was off my fifteenth conveyer belt and the gate was finally in sight. (Don’t they move cattle that way?) The distance to be a mile down the concourse. Similar experience in St. Paul. 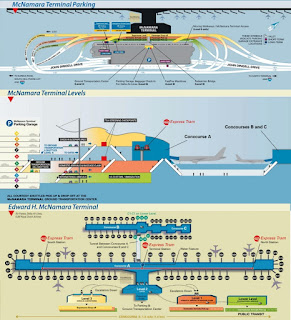 Compared to most, since I did have some leg room by upgrading my ticket, I had it better on this last trip of mine than most. Not glass highballs like first class, but a complimentary bourbon in plastic. It was something. Nevertheless, if there’s a way for me not to fly, not to go through that humiliation of searches, the degradation of suspicion, the inconvenience of crowds, the insult of claustrophobic seating, I won’t fly. It’s discouraging.

I have to wonder if that isn’t the point.