Cats at the Door 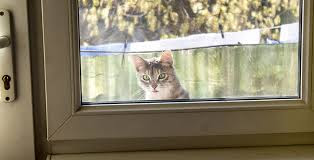 From the time I wake I up to the time I turn in, with only an afternoon nap to break the pattern, I open doors for cats.

I think I have them trained somewhat. They recognized that an open door is a temporary state. Now, after years of disappointing them, they will stare and ponder only a moment, contemplating the gap in the wall that leads from inside to out or outside to in. Quicker than they’d like, they will decide to go, or if they wait too long, as part of the terrible continuing lesson, the door will shut and they will have to come to terms with the moment passed, the act ended and their hesitation and decision. 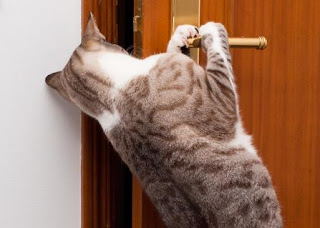 After years of this, a lifetime in fact for I have had cats for most of my life, I cannot help but see the lesson they have tried to teach me, the one my modern anti-bug in the house, don’t want to heat the whole neighborhood sensibility has weaned from them.

And open door is comport. It need not be used to be a wonder. It is a philosophical totem of potential and choice. To stand on a threshold of an open door peering in or out, is a prayer of possibility. It is marvelous in concept, a future of prospects. Emotionally, spiritually, it is better to be there between choices than it is to choose. The act of being here or there and the shut behind you is a resonant sentence of missed chances. 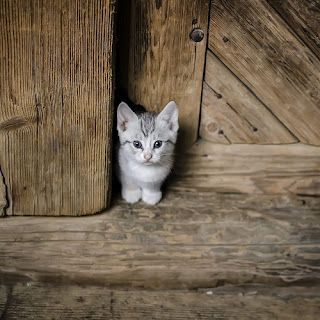 The cats, I think have forgiven me. I have not stopped the prayer, I have answered it, but in brief seconds instead of long hours. It could last longer we know, this bliss of potential, limbus—in limbo—between two states, deciding, rejoicing, experiencing the magic of a crossroads, but we are limited by my impatience and the heating bill. I will rise and open the door for them a dozen. a score, countless times when I hear the cry, and I let them pass, doing what I can.And the cats will take their ecstasies in measure.