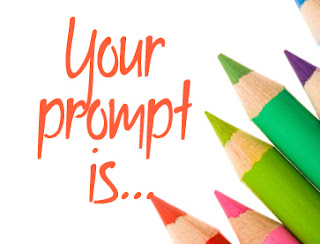 I've heard this called a writing prompt before, but I don't think that's necessarily right. I’d call this an "idea prompt." it is a simple formula to create possibilities that challenge writers to create a story. It’s a tonic for creativity and it has never failed to offer me something interesting.

I forgot where I first ran into this, sometime late my careers, last couple years ago and even then I realized it was gold.

Now I incorporate it in my writing classes. I use it to stimulate ideas and give my writers a story plan if they don’t already have one.

It’s simple and magical. It is this:

Ask these two questions, answer them and then, if you’re good, throw on a couple more “and then supposes.” 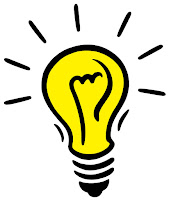 Not all of them will be good, but if you do, say, five or ten of them, I bet at least one of them will have legs.

It might be an entrance to your main character, a sleuth for you mystery. It might be an opening into a plot, a setting. A theme. It's a "twist" generator.

You don't need to have the answers to the questions right then, but some of the questions will surely stir the little grey cells.

As my class works this very homework this week, I joined them and this morning came up with the following ideas. Tell me what you think and try it yourself. Add your ideas below and store this little trick in your writers toolbox for a quick and creative exercise to get you going.


What if a spaceship runs out of fuel mid flight and wakes the passengers and crew to address it.

Then suppose the ship is found to run on a bio-fuel that can only come from humans bodies.

What if a man can start fires with his hands.

Then suppose he’s blackmailed into helping a criminal steal a priceless painting.

What if the devil were real.

Then suppose his goal was not the destruction but the liberation of mankind.

And then suppose he approaches a tailor to help him.

What if the a museum archaeologist examining what he thinks an ancient skeleton discovers it to be modern.

Then suppose he finds them to be from a housewife reported missing two years from a small town.

And then suppose that the whole town she came from are hostile to his investigation and obviously hiding something.

What if boy living out a car with his dad is suddenly abandoned at a desert gas station.

Then suppose he gets a cryptic message from his father asking for help.

And then suppose he discovers his dad is on the run and supposedly has millions of dollars hidden somewhere.

What if a plane takes off with eight celebrities on their way to a film festival.

Then suppose when the plan lands, there’s no one aboard.

What if an audiophile browsing a pawn shop buys an old dictaphone.

Then suppose he finds on it a suicide note.

And then suppose he discovers also a secret taped meeting of important people planning the overthrow of the government.

And then suppose that he sees some of what they planned happening now.

And then suppose they come looking for the dictaphone.

What if a man watching television sees a woman in the background of a news report about a protest.

Then suppose he falls in love with her on the spot.

And then suppose he’s driven to abandon everything he has to pursue her.

Posted by Johnny Worthen at 9:12 PM