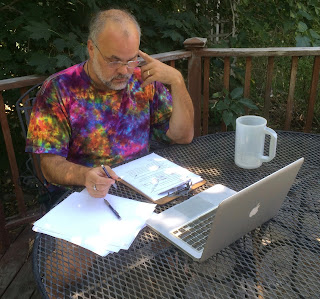 It’s a milestone, not an end. With the release of DAVID, the third and final book of the Unseen Trilogy, Eleanor’s story is… wrapping up.

A moment comes, happens and then passes. Life goes on. The significance of the moment a resonating echo that will reverberate over the rest of our lives, a ripple in still water that propels outward in ever diminishing strengths, but never null.

This is DAVID, for Eleanor and for me.

The Unseen trilogy is to me now, an old series. I wrote it so long ago—book three was done and to the publisher before book one was released. I’ve written many books since then that it is difficult for me now to even remember how I wrote it and who I was when I did. They are an echo in my creative life, a loud one, still bouncing off the walls of my work. A good one; a trumpet and a cry, and now with DAVID, a howl. 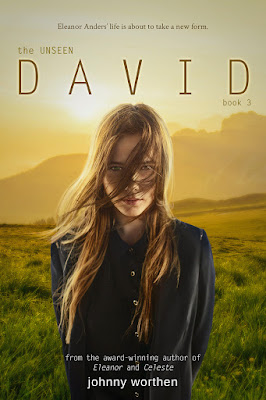 There’s no doubt that my career as an author has so far been defined and will be defined by my scared little girl from Wyoming. I have learned so much about myself, about life and about the publishing world since the start of this Unseen adventure. I can’t but notice the parallel between that and Eleanor’s own development.

The Unseen is a trilogy, not a series. Eleanor’s character arc defined the structure before the first word hit the keyboard. I knew when I started book one where book three would end up, emotionally at any rate. The details of the climax and events steered themselves a bit, Eleanor’s own growth before my eyes on the very pages she inhabited surprised and delighted me and directed me to new friends and changing enemies. Trust, redemption and always change were constantly at the center of my thinking. Eleanor would change (forgive the obvious pun), but so too would the rest of the cast. Friends become foes, and vice versa. The setting too would undergo alteration and new life. For better or worse, it would happen and survival meant adapting to it all.

Should I only be so strong. 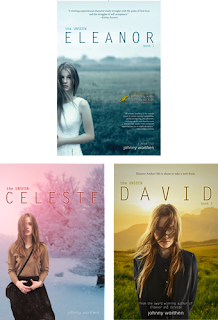 With DAVID’s release I am acutely aware that my signature series (so far) has concluded. It scares me. The ripples and echoes from it will doubtlessly send me along for some time, but the future is spooky without Eleanor. It keeps me up at night.

I have other books coming, six right now actually, including two excellent young adult titles I consider spiritual successors to Eleanor, but obviously they're not the same. And as of now, they’ve yet to find the right publishers.

I am now five years into my ten year plan to be an overnight success. Even with a decent pedigree of successful titles, I still struggle. The realities of the publishing world are the challenges that I, as a writer, must adapt to or work to change. I’m working and adapting as fast as these old cells and bones can, but still the pain drives me nuts. There’s even some issue with the printing of DAVID in time for my launch party on Saturday August 27th at King’s English Bookstore. (see what I did there?)

I’m told it’ll all be fine, contingencies are set up, but it’s still nerve wracking. It goes far to reinforce the truth that every writer must face: the only control you have in this business is in the writing of the book. Once it’s out to edit, move aside. Once it’s at the publisher’s, have a seat and wait. Letting go is part of the game.

It’s another facet of a strange moment of my life. A lot has happened recently, events big and small, subtle and deep. I suppose every milestone, when recognized as such, draws the thinking mind to self reflection. It’s like a graduation, a wedding. A little like a death. A moment to consider. Take stock. Mourn because it’s over while trying to celebrate that it happened. It’s a passing. A wrapping up, but not an end. There are no endings. Art is never finished, only abandoned, and Eleanor’s story must be abandoned. I said all I wanted to say, went all the places I needed to. Maybe one day there’ll be a continuation, but I am content with the series now. Happy with it really. Proud of it out of my skull, to be honest, but still, it is over. Wrapped up and offered up to the world on its own terms. I let go.

DAVID is dedicated to my friends who have helped me so much in my journey here. The kind words, encouragement, shared struggles, and excitement. The fan mail. Writing is a lonely business. It’s easy to get lost in your own head—required really. It’s beyond joyous to have people outside ready to support me. Fans waiting to read. People who love my Eleanor as much as I do.

I will miss my little girl because she has grown up. I can no longer directly effect her shape or direction. It's been this way for a while, but with DAVID, she's set and on her way. Out of the house, so to speak. I will miss her, like my own daughter, like my own kids growing up—triumphant and strong, but still moving on.

But this is the way of things. Change, trust, redemption. Support from friends and loved ones.

It is a good thing. 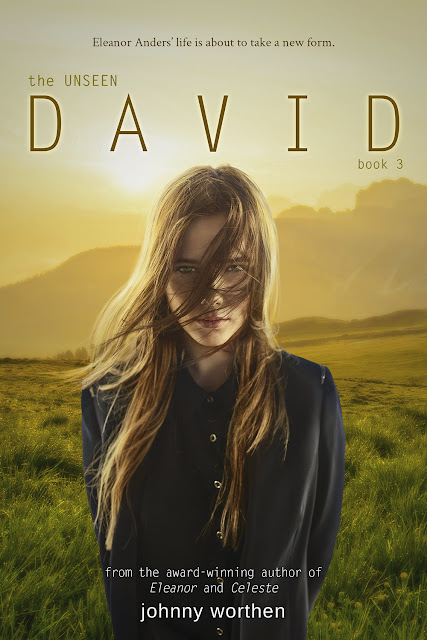 If you can reach it, come to KING’S ENGLISH BOOKSTORE on Saturday August 27th 3:00-5:30 p.m. for the official launch party for DAVID.

Hope to see you there.