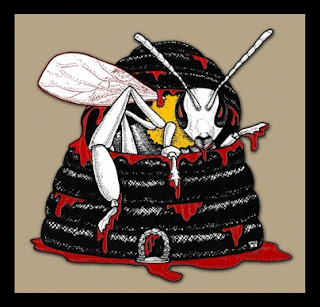 The World Horror Convention, an international gathering of horror writers, artists, editors, filmmakers, and fans, will converge on the Provo Marriott Hotel and Conference Center in Provo, Utah, April 28 to May 1, 2016.  This premiere event has been to Salt Lake City twice.  For the third, and final, appearance in Utah, it will be in Provo.

WHC, a semi-professional conference, will have panels and presentations featuring professionals in the field on subjects as diverse as current literature, true crime, horror poetry, dark fantasy, horror art, Vincent Price, the developmental stages of a serial killer, Cracking the Story Code, Police Procedurals for Writers, and the dark side of Disney.  A special "killer tea" will feature a keynote speaker who will help authors find creative ways to kill people with food.  The event includes an art show, vendors' room, horror film festival, kaffeeklatsches, and book signing by 100 horror authors.  Workshops and pitch sessions will be available for writers and an artist alley will showcase artists at work.  Guests will also have the opportunity to go on a real ghost hunt.

The event will feature some of the top authors in horror fiction, including Darren Shan, Sarah Pinborough, Jack Ketchum, Joe McKinney, Brian Keene, Kevin J. Anderson, Michaelbrent Collings, Michael Arnzen, and Dan Wells.  It will also feature poet Linda Addison, cover and concept artist Keith Thompson, graphic novel and cover artist, Carter Reid and scholar, editor and author, Michael R. Collings.  In addition, Victoria Price, daughter of famed actor Vincent Price, will do a presentation on her father and have some of his work available for sale.  There will also be a number of academic presentations on true crime.

Help Utah welcome the world to The ZomBee State!  Go to http://whc2016.org for more information on the convention and how to become a member.