Today YA Urban Fantasy Author Holli Anderson joins me at the Blog Mansion.

Holli: This is a big place. Kinda’ chilly, I’m wishing I would have brought a space heater.

Johnny: It’s a pain to heat in the winter. Don’t ask me what I use for fuel in the furnace. I thought we’d talk here. I’m always about making my guests comfortable.

H: That’s not what I’ve heard?

J: Rumors. Anyone who could say otherwise can’t say.

J: Yep. Besides being an author, I know you moonlight as a nurse. I thought this would make you feel comfortable. 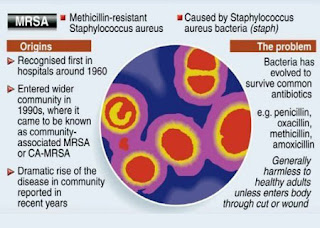 H: Yes. All nurses love their jobs. Who’re they?

J: Those are the patients I had brought in especially for you. That’s Tim he has a bad MRSA infection.

J: That’s Chrissy there, she’s demented with the worse case of Tourette’s Syndrome I could find.

H: Uhm…. No worse than a typical Friday night in the ER.

J: I really enjoyed FIVE, OUT OF THE DARK. A fine read, just the thing for me over the holidays. Where’d the idea for it come from?

H: The idea actually evolved from a dream I had where a group of teenagers was running from something or someone in an underground setting. I wrote it down in the middle of the night so I wouldn’t forget it, then I let it sit for 6 months or so until I was ready to write it. I added the magic, because, well, MAGIC. 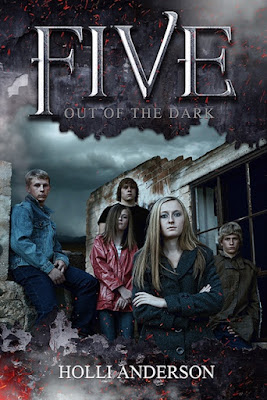 J: The setting was unique. I really loved the underground of Seattle. Tell me about that.

H: Well, there are several “undergrounds” in the United States and I was originally going to have them settle in Chicago—that was before I found out that Seattle has an underground. I researched the story of Seattle’s Underground (Seattlites get mad if you don’t capitalize Underground) and was impressed with the uniqueness of how it came to be. I visited Seattle and went on the Underground tour twice. I did add my own artistic license to the story to make it possible for my FIVE to actually live down there.

J: I was particularly taken by how you formed a family unit among the runaway teenagers. It was gentle and realistic. Did you ever run away?

H: No, I was a pretty drama-less teenager. I did start walking to see my friend in the next town over once when I was about ten because my mom wouldn’t give me a ride. I turned around after walking about a block, though.

J: Nice romantic tension too. I won’t ask what you sacrificed for love, but was it crippling? 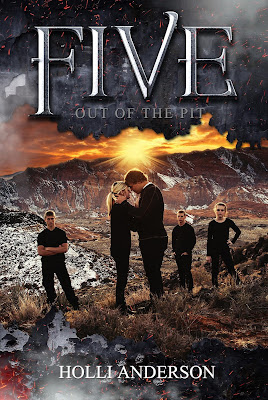 J: Oh, hey, I had a guy here for you with a collapsed lung, but thanks to the instructions in FIVE: OUT OF THE DARK I took care of it.

H: Glad I could be of service.

J: Book Two is called, scary enough, FIVE: OUT OF THE PIT. What’s that about?

H: You’ll just have to read it to find out. Okay! Okay! Don’t cry, sheesh. I’ll tell you a little. The FIVE travel to Moab, Utah in hopes of finding some peacefulness where they can train and rest up. Let’s just say that meeting up with an Incubus that sets his sights on Paige, kind of destroys that idea right away. Then there’s the evil warlock bent on destroying the world as we know it. That’s where the “Pit” comes in.

J: Then you get all apocalyptic with FIVE: OUT OF THE ASHES. Pray tell.

H: Apocalyptic is a good way to describe what’s going on. The warlock, Brone, has become immensely more powerful and the FIVE have to figure out how to stop him. All I have to say about this one is—poor, poor Paige. *shudders*

J: Sweet covers by the way. Did you get much say in them? 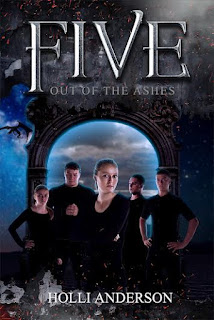 H: I did! Curiosity Quills (my publisher) is really great about getting author input into the covers. The kids on the covers are actually two of my sons, two of my nieces, and my niece’s husband. A great friend of mine, Todd Ellis, is quite an amazing photographer (you should look at some of his photos, just google him), and he took all of the cover photos for the books. Then the incredible Alexandria Thompson (gothicfate.com) did her graphic design magic… and voila! Beautiful, eye-catching covers!

Dr.: That’s not how it’s supposed to be. You incompetent boob!

J: That’s an abusive and disrespectful doctor. He looks over your work and finds fault while taking credit for all the good you do. Feel at home yet?

Dr.: The orders were clear. It’s not my fault you can’t read my scribbly handwriting!

H: The doctors I’ve had the privilege of working with have mostly been amazing. But… I’ve run across a few like this. Thankfully, I’ve been a nurse for over twenty years and doctors like him don’t scare me anymore. I’ve gotten a few of them fired, actually. *smiles and winks at Dr. Bully* 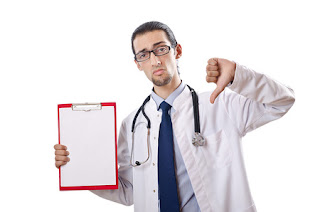 J: When did you start writing?

H: About eight years ago when I was going through some rough things with one of my kids. Reading had always been my go-to when I needed to get away from real life for a while, but it wasn’t doing the job at that time. I decided to try my hand at writing and found it to be an even greater escape from reality for me. Getting totally immersed in a fantasy world you created can be a wonderful thing.

J: How did you get published? What was your break to move from writer to author?

H: I really feel very fortunate with my publishing story. I sent queries to six agents and one publisher at first for FIVE. Two agents asked for the full manuscript, one of them for a revise and resubmit before turning it down. A friend in my writer’s group mentioned that she had queried Curiosity Quills so I decided to give them a try. I did a small revision for the acquisitions editor and then they offered me a contract. The rest is history.

H: I love them. They started out as a small, hybrid publisher but have steadily grown over the last three years into a mid-sized publisher with over 200 titles. They’re great to work with and very fair with with their authors.

J: Do you have any events coming up?

H: Let’s see… I’m waiting on confirmation, but I should have a signing at the Sugarhouse, Utah Barnes and Noble on January 16th; I’ll be a panelist at LTUE in Provo, Utah February 11-13th; I have a signing in Idaho Falls, ID on February 20th; a possible gig at a really awesome private school in San Francisco in March; and, of course, Salt Lake ComicCon FanX March 24th-26th where I’ll be selling books and participating as a panelist with the Space Balrogs. 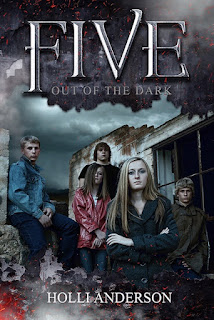 J: Where on the interwebs can fans find out more about you?

Dr. Nurse, give that MRSA patient mouth to mouth. Stat!

J: Your instructions weren't that clear. He's in the morgue here. It's right next to the furnace room. 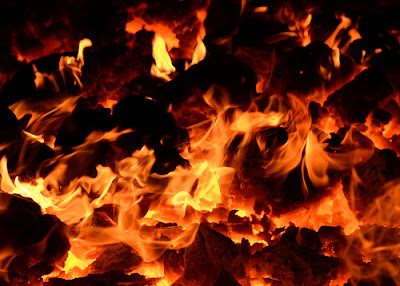