Again to the Desert 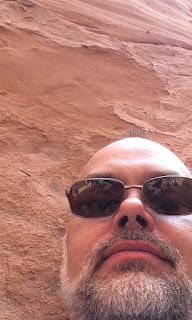 I’m about to set off on my third autumnal desert adventure this year. It began a few weeks ago with a trip to Arches with my friends and family. Two weeks later, I was in St. George for the Book Festival, and now, I’m making the trip to Santa Fe for the Tony Hillerman, Wordharvest Writing Conference.

There is something truly magical about place and time. Fall, as I’ve blogged before, is a natural trigger for anxiety for me, a call to change, for new endeavors and challenges. A dying perhaps, but also a bolt of sudden determination to achieve something while there’s still time. It’s a metaphor I guess for my writing career, started so late in life. But it’s always been that way for me. The desert meanwhile is a holy place. It is not accident to me that the God of our culture rose from the desert. There is something in the stillness of sand and distance to horizon that shrinks me and fills me with wonder that any of this is happening, my life, the world, the universe itself.

The desert of Southern Utah is taupe, crimson and rust. Sandstone. It is a redness that unites the fluid in my veins to the rock of my region, and a taupe that reminds me of my upturned palms. The season is reflected there in cottonwoods and frost, in a feeling of time different from the heat. It is a unifying point in my psyche. 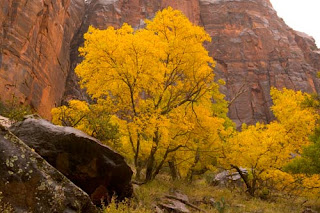 I watched the sunrise over a mesa in St. George. I can’t remember the last time I actually saw the dawn like that. I was high up on a mesa — the airport actually. If you don’t know, St. George has an airport atop a central mesa. It’s amazing. The writing workshops were being held in a building nearby and I’d arrived early to get my bearings and was rewarded with seeing that sunrise. The city itself occupies space between mesas and seems to have been tucked away in a valley of fallen monoliths.

The morning sun lit up that city and cliffs. The granite temple in the center of town of course glowed with an alabaster brilliance, but more so did the crimson cliffs surrounding the people, making everything seem small but warm. The light on the rock was so vivid and deep I thought of muted lava. Trees of the season, orange and yellow leaves, the fruits of fall, caught the rays and glowed as if burning in the hues. The air was desert crisp and clear and I thought I could see forever.

Those same clear skies were in Arches when I was there. The night was so full of stars it seemed fake after so long in the city. We picked out those constellations we knew and named the ones we didn’t, "Leroy the Melancholy on his Chariot of Cats," "The Flat Tire," and "The War of 1812." the smell of clean sand and rock, friends and family. It was another holy moment, another desert.

I’ll cross the desert again and go deeper and higher to Santa Fe. I could fly down, but the drive down is half the trip. Hours in the desert, smelling the cottonwood and sage, sands and skies, it’s an excuse in itself. The changing season, life hanging on. Transition. High in the desert, there may be snow in New Mexico to great me. It will be welcome punctuation to the lessens of the “wasteland.”

I never exit a desert the same man as I entered it, and no fall has left me unscarred.

Three trips this year. Moab, St. George and Santa Fe. Three face-to-faces with the desert, the season, myself.

Come the desert. Come the sacrament of sand and cedar. Come the turning of the world. Come make me small and wonderful. 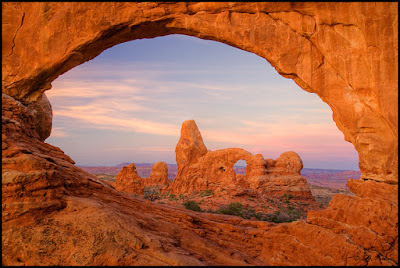