I first met Paul Genesse at a writer's conference long before I was published. I was in the audience and he was on the stage. He struck me as not only a dapper fellow but a damn nice human being. As our paths have crossed since then I've gotten to know him personally and realize my first impressions were spot on. When he talks about authors supporting authors, he knows what he's talking about. (He's helped me more than I care to admit.) Paul is a master of the short story and novelette like I will never be. He's an editor as well an author. He's been doing this long enough to have experience with both sides of the rejection equation but it's interesting to note his take on the subject is very much from the author's POV - he knows the pain. Take a look.

How do I deal with my novels when they are rejected by agents and publishers? Overall, not very well. Every rejection takes the wind out of my sails for a while and I have to spend some time recovering to bounce back.

I find nothing redeeming about it, though sometimes I think I may have dodged a bullet when I didn’t sign with a certain agent who offered to represent me and has since left the business. Be careful what you wish for, as what you thought you wanted might turn out to be the worst decision you ever made.

Rejection might actually be the best alternative in most situations, as getting into a relationship with a publisher or agent might be a terrible venture that will only end in even worse misery than you think you’re in now.

I’ve gotten better at dealing with rejection of my novels over the years, but it still hurts a lot and leaves me frustrated. 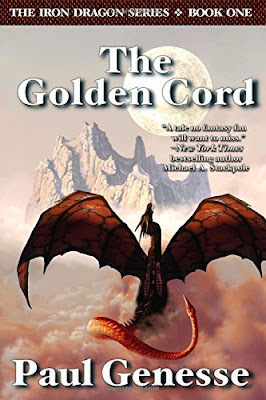 I remember being crushed in my early years of writing, 2001 to 2006, when my first novel, The Golden Cord kept getting rejected by agents and publishers. It was almost always a form letter. For years all I ever heard was “No.”

Closer to 2006, which was the year I finally sold The Golden Cord to a publisher, Five Star Books, and editor John Helfers, I started getting personal rejections with notes about my novel. They were all very encouraging and some of them actually helped me become a better writer. I was still green, a work in progress, but I was close to that professional level.

I used to save my rejection letters, just to keep track of who and where I’d sent things, but I eventually recycled all of them. I found a couple of them recently, and immediately put them in the recycle bin. They just bum me out and make me feel bad. I need lots of positivity in my life. Now I do save the rejections in my “Agent” folder in my email. I never look at them. I’m glad things have moved to email, as they don’t seem as bad as the paper rejections I used to get in the early 2000’s.

The best rejection I ever received was from an older agent who had been in the business a long time. She took the time to make notes in the first 25 pages of The Golden Cord. She provided a lot of advice and sent me a pamphlet with lots of tips on how to improve writing in general. It had the famous joke I’ve used many times since then:

“There are three rules in writing. But no one knows what they are.”

She gave me very encouraging advice, writing it on the last page of the partial manuscript I sent: “Keep at it.” 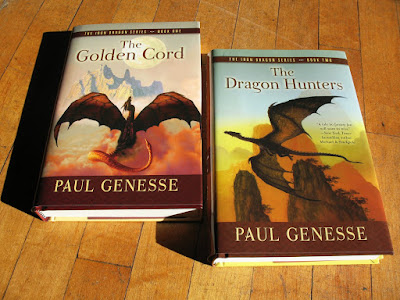 Those words meant a lot. I’ve never forgotten them. We’re all a work in progress.

The Golden Cord came out in 2008 and became the bestselling fantasy novel my publisher had ever had and went through six printings. I was feeling great, and then the second book came out, The Dragon Hunters. This happened right during the economic downturn in 2009, and my publisher folded up their fantasy line leaving me orphaned. That was the worst “rejection” I ever had. The publisher wanted to keep me, but one author, even with good sales, could not keep an entire line open. Recovering from that took about two years, and found out that no major publisher will touch an orphaned series. I had to self-publish the third book myself.

During all this time of not knowing what would happen to my series, I kept writing short stories and novellas. I had a lot of success, and have sold 17 shorter works, at the time of this blog, June 2015, but not everything sold. 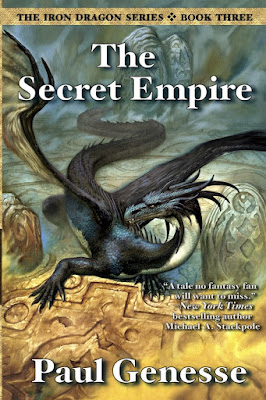 A recent rejection I received was entirely my fault. I was invited to submit for a steampunk anthology, but I did not follow the guidelines. I wrote a story (a novelette actually) that was nearly 15,000 words. The word count limit was 7,000. The editor liked the story, though he wanted more steampunk elements in it, which I could have done, but the deciding factor was the length. That one hurt, but it was self-inflicted damage. The story, “The Lightning Men,” will come out someday, but it really needs to be a lot longer, and keeping it at 15K was not an ideal solution. I need to expand it to become a novella, way over 20K someday. I think it needs to be at least 35K to do the huge story justice. It’s a super bad idea to blow the word count like I did, especially when the anthology is going to be printed up and published. Trying to do too much in a short work is a terrible idea. Better to trim it down.

That rejection of my steampunk novella was the first rejection of one of my “short” stories. I’ve had novels rejected many times, but never short stories. I don’t intend to repeat that experience.

I thought recently that I was finally going to sell a novel in a new series I’m writing. Things were looking good, and the publisher was into me, but the editor chosen to work on it said “No.” That sucked. I got my hopes up and shouldn’t have. 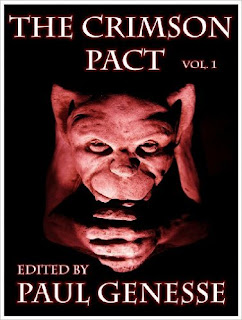 The novel I’m shopping now, and that has been getting rejected by agents and publishers over the past three years is, Medusa’s Daughter, a gritty and dark fantasy set in ancient Greece. It’s a love story with a supernatural element, and I think it’s the best thing I’ve ever written, but I can’t seem to sell it. The process has been very disheartening. The time it takes is also a killer. Waiting for six months to hear back from someone, and then another someone, really adds up.

I see that email in my inbox now and freak out a little. Could this be the one? Could this be the time when an agent says “yes”? Then I read a rejection, often with a few kind words, but in the end, it’s a “No.” Anger. Disappointment. Obligatory binge TV watching and feeling sorry for myself. I snap out of it, and get back to writing, but it’s never easy.

Being resilient and determined are probably the best qualities a writer can have. Oh, and writing well doesn’t hurt either, though it won’t get you through the tough moments.

Learning coping skills to deal with rejection is key. I think the best thing we can do as writers is support each other. Encouragement is priceless. Don’t forget to give your writer friends a kind word when you review their manuscript. Getting rejected by strangers (agents and editors you’ve never met) is hard enough, but getting rejected by your friends is often much worse.

Look for something good about the draft of their novel or story you just read, and let the writer know what they did well. Start with the good stuff, and provide advice that can be acted upon to make the work better. When/if it gets rejected by an agent or editor, be there for your friend and let them vent.

Paul Genesse spends endless hours in his basement writing fantasy novels, adding to his list of published short stories available from DAW Books and various other publishers, and editing the demon themed Crimson Pact anthology series. His first novel, The Golden Cord, book one of his Iron Dragon Series became the bestselling fantasy his publisher has ever had. Book two, The Dragon Hunters, and book three, The Secret Empire, all set in the treacherous plateau world of Ae'leron, are out now and available as trade paperbacks and eBooks.

A Walk in the Abyss
"Of the Earth, of the Sky, of the Sea" in
Kaiju Rising: Age of Monsters