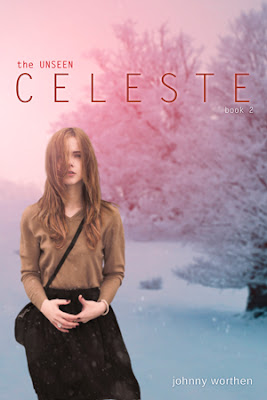 It’s getting a little easier, I guess, to send my books into the world. A little.

CELESTE is my fourth novel release, my first sequel. I wrote it right after ELEANOR and just before DAVID. I wrote all the books in a single stretch. The whole trilogy flowed out of me like blood from an open wound. I have only vague memories of those fevered months of writing, living with a story that filled my days like light and shadow, followed me to bed at night, and woke me each morning. It’s all a continuum to me, at least in its conception.

ELEANOR was my breakout book. It garnered me awards and a best seller rank on Amazon for a time. It’s the book I’m most contacted about. The one that resonates with the most people. It is a tender, loving and mysterious book.

ELEANOR is a standalone title, as it’s called in the business. This means it has complete narrative arcs and all the major strings are tied up by the end. When I wrote it though, I knew that Eleanor’s fate could never be so neat and easy. I knew what lay ahead and I mourned.

CELESTE picks up the page after ELEANOR ends and continues until the moment of crisis. It is not a standalone, be warned. The complexities of her life in Jamesford could not be contained in even 93,000 words. I wrote to the crisis and again I mourned. 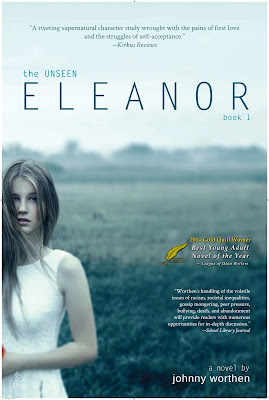 CELESTE is the crux of THE UNSEEN trilogy. It is Eleanor becoming Eleanor. It is a story of pain and growth, change and trust, and like the first book was, and like the third will be, it is a personal part of me.

Thanks to Amazon’s disregard for publisher release dates, many people already have CELESTE. However, July 14th is the official date and that’s the day I’ve fixated upon for the fear of the thing. I shouldn’t be afraid, but I can’t help it. I’m always afraid.

The one great advantage I have with CELESTE that I’ve never had for any other book, is a fan base for it. Though I suppose anyone can read CELESTE without reading ELEANOR, I think this will be rare. The smart, beautiful people who read Eleanor's first book are already friends and that makes the fear manageable. It makes all the difference.

My feelings mirror Eleanor’s facing an uncertain future, unsure whether affection is real. Hopeful and daring, we step out of ourselves and into the light and brace for the consequences.

On this the eve of the release of CELESTE, I am fretful but optimistic. I am exposed but hopeful. I am among friends and the dangers are manageable. Or so they appear from here.


I’m having an official launch/release event on July 18th from 4:00-6:00 p.m. at The King’s English Bookstore in Sugarhouse. Please come by. I’ll do a reading and sign books and I could use all the support I can get. I may look cheerful and confident, but we know appearances can lie. 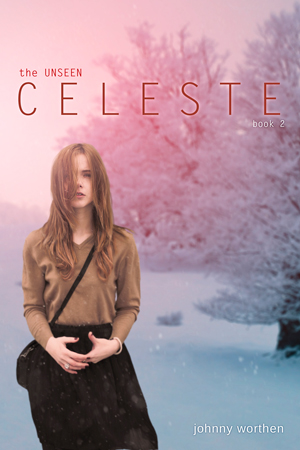 Posted by Johnny Worthen at 9:23 AM