Christine Haggerty, award-winning author of the THE PLAGUE LEGACY series, hates children but can’t act out in public due to established social norms. Therefore she writes stories about them in hardship. I lured Christine to The Blog Mansion to face some hard questions.

C: You mean for the dead bodies? Better stick with plastic. It helps with the smell.

J: Why do you hate children so much?

C: It’s not that I hate children. If you think about it, I really hate the parents because I killed them all off. At least the children were left alive…mostly.

J: I’ve read your books, ACQUISITIONS and ASSETS and your kids are imperiled all the time. Did you set your books in a dystopian future to avoid Child Protection Services intervention? 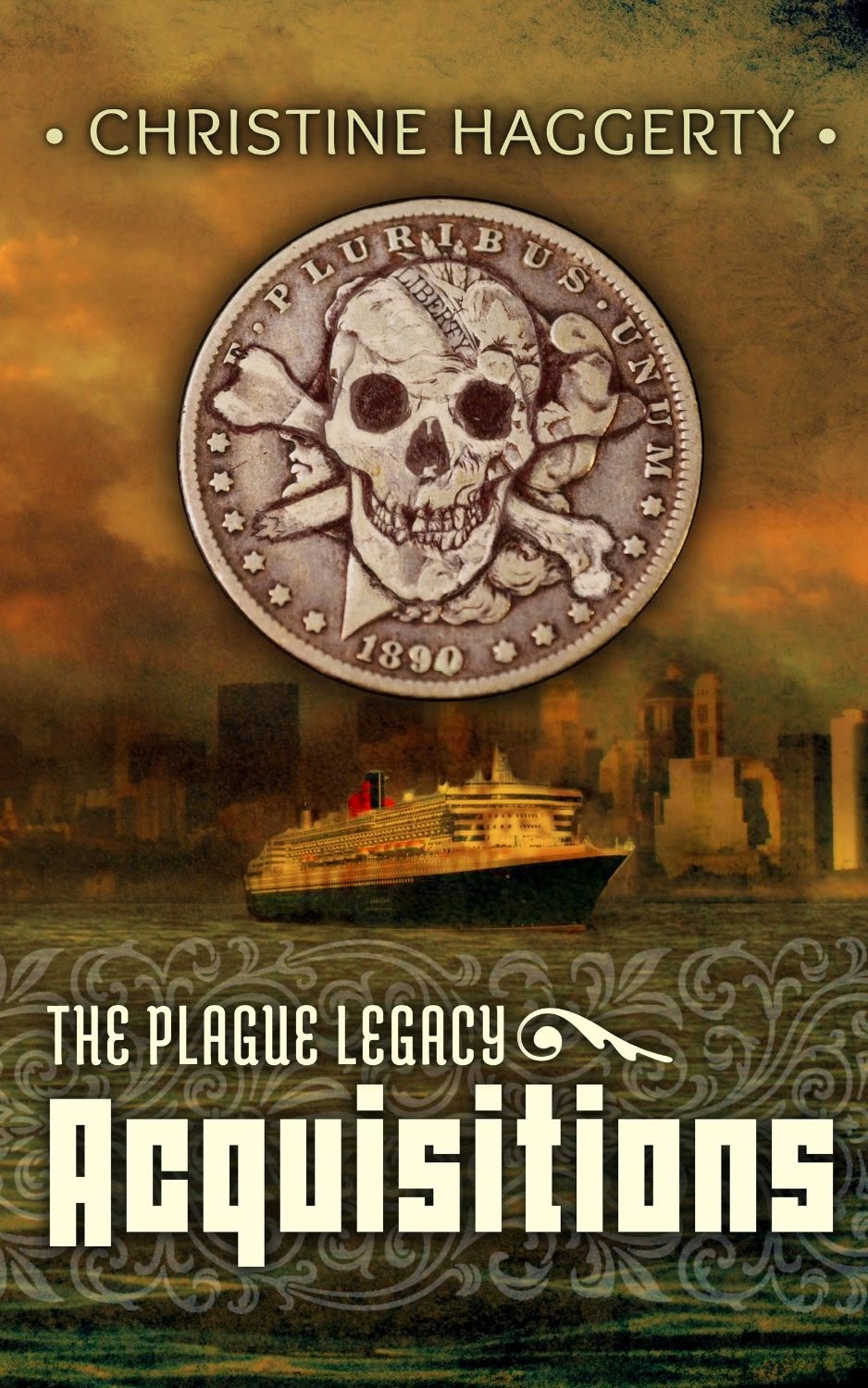 C: I chose a dystopian future to wipe out many of our social rules, including Child Protection Services. I do keep track of all the kids in my stories, though. Everyone has a tracking chip implanted at the base of their necks. It’s really hard to lose track of a child…or a dead body.

J: You vision of the future in THE PLAGUE LEGACY is a decimated wasteland. What happened?

C: Plague and general mayhem. It’s what happens to things when there are no more construction workers or handymen. Things fall apart.

J: What is the attraction of dystopian literature in today’s society?

C: I think dystopian gives our society a connection to the raw survival and fight for humanity that we’ve lost in the digital age. Most of the people in our society shop for food at a grocery store and buy clothes at the mall. We’re not out hunting or pillaging and I think we like to fantasize that if the world fell apart and we no longer had Google and Sonic drive-thrus, we’d still be able to get in touch with our instincts and survive.

J: Tell us about Cam and tell us why you hate him so much? Does he remind you of someone? 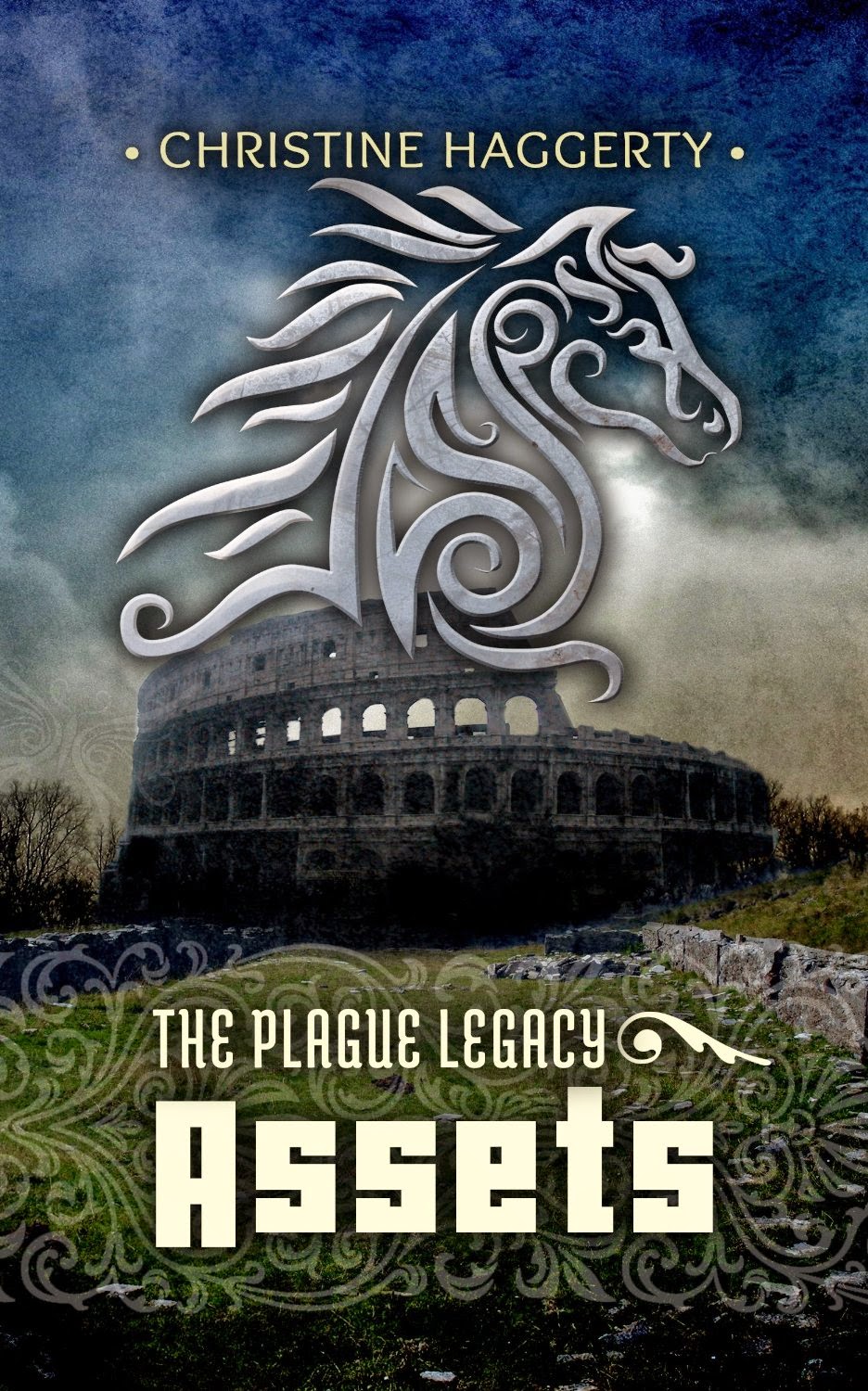 C: Well, handsome, crafty, and loyal…he does sort of remind me of you.

J: If Kanye and Kim were drowning in your pool and you could only save one of them, what kind of sandwich would you make?

J: ASSETS is filled with action, lots of fighting. Really well done there. What’s your secret to writing such good fighting scenes?

C: Fight scenes are my specialty. As an English teacher and a black belt in Shotokan karate, I’ve had a lot of practice with both the writing and the fighting. Next week I’ll be in Nashville to present at the first Authors Combat Academy. I’ll also be rocking it in my gi pants as a rental ninja.

J: What are you doing for promotion? What’s worked and what hasn’t?

C: For promotion, I’ve mostly relied on social media to reach current and new fans. It’s so-so. If readers sign up for my newsletter by May 1, they’ll get a free pre-release ebook copy of The Grimm Chronicles: One, Two, Blood on my Shoe.

J: What happens if you’re scared half to death twice? 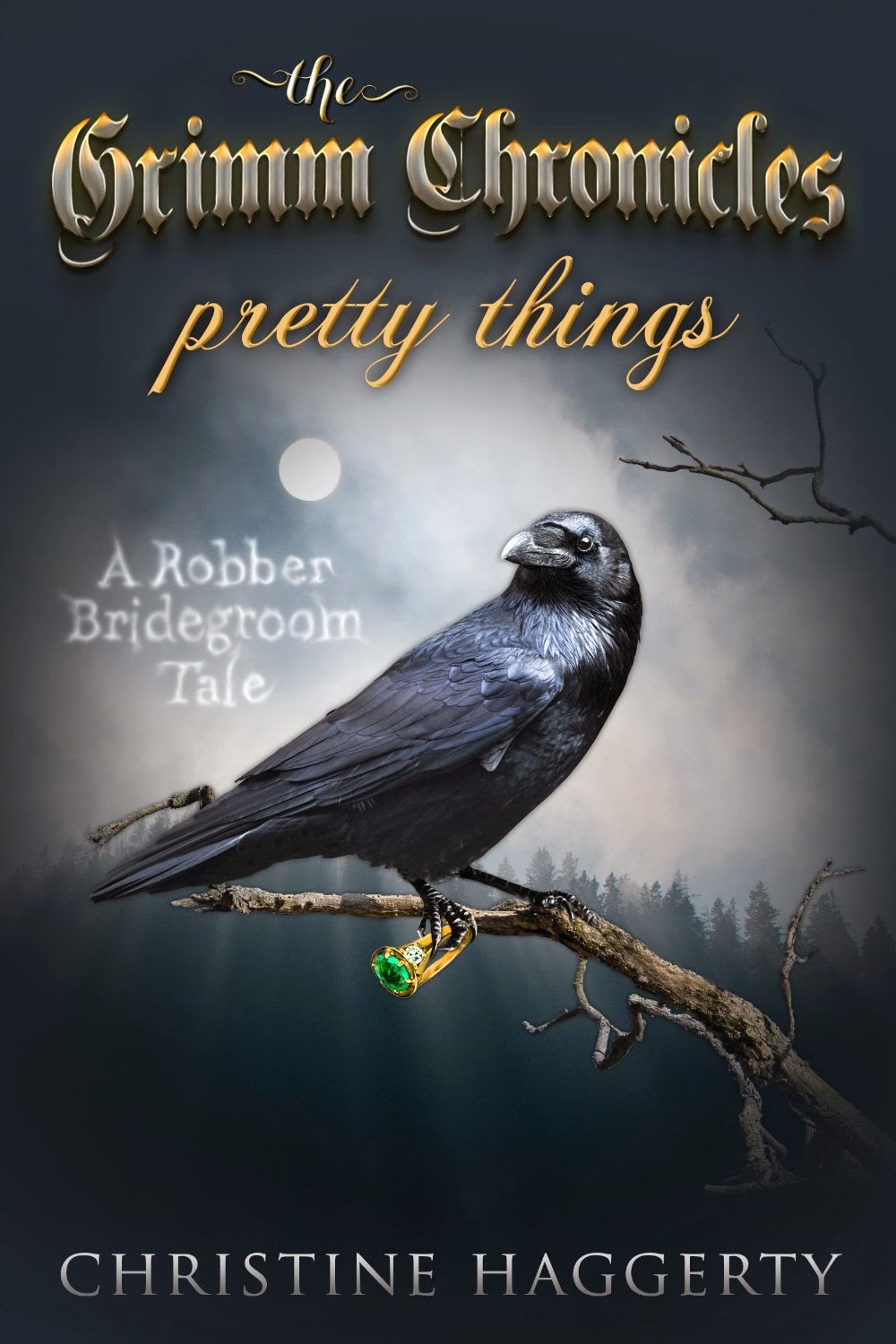 C: By then, I’ve killed whatever it was that scared me.

J: Are you’re having a launch event for ASSETS?

J: Where on the Internet can people find out more about you?

J: Have you ever wondered why we cook bacon and bake cookies?

C: No, but I’ve wondered why we drive on the parkway and park in the driveway.