On the bridge with Warren Hammond, Sci-Fi author

Today at The Blog Mansion I have Warren Hammond a science fiction writer with a new book out: TIDES OF MARITINIA just released on December 2nd.

Warren: Thanks, it’s great to be here. This is quite the media room.

J: I based it on Star Trek. I pay people to wear uniforms and wander around. Really fun.

W: Is it expensive?

J: Not really. Pizza and snacks mostly. Cos-players don’t have a lot to do between conventions.

W: I hadn’t thought of that.

W: Hey, you gave me a red shirt. You know what they say about red shirts, right? Only the crew members wearing red shirts ever get killed. 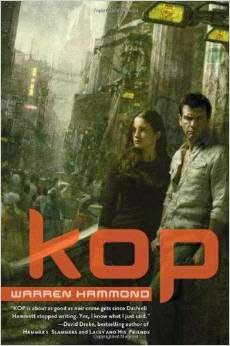 J: I take it you're not a subscriber to the Blog, but no worries. Uhm, yeah, whatever. Now put it on.

J: First let’s talk about KOP. I see on Amazon that you have three books about this controversial subject. How active are you in the anti-police militarization movement? The brutality is getting out of control wouldn’t you agree?

W: That’s not what the books are about.

J: Oh. Uhm. My cosplayers are rather shoddy researchers. Tell me about the series.

W: The KOP novels are part science fiction and part hardboiled noir. Juno Mozambe is a dirty cop on a backwater world, and in each book, Juno has a mystery to solve, but the big overarching story running through the series focuses on Juno’s battle against corruption both in his personal life as well as in his society.

J: Shocking. Hold on. This is going to get rough.

W: Make it stop. I'm dizzy. What the hell was that?

J: Turbulence. Duh. So a dark dystopia for adults. How’d that go over? 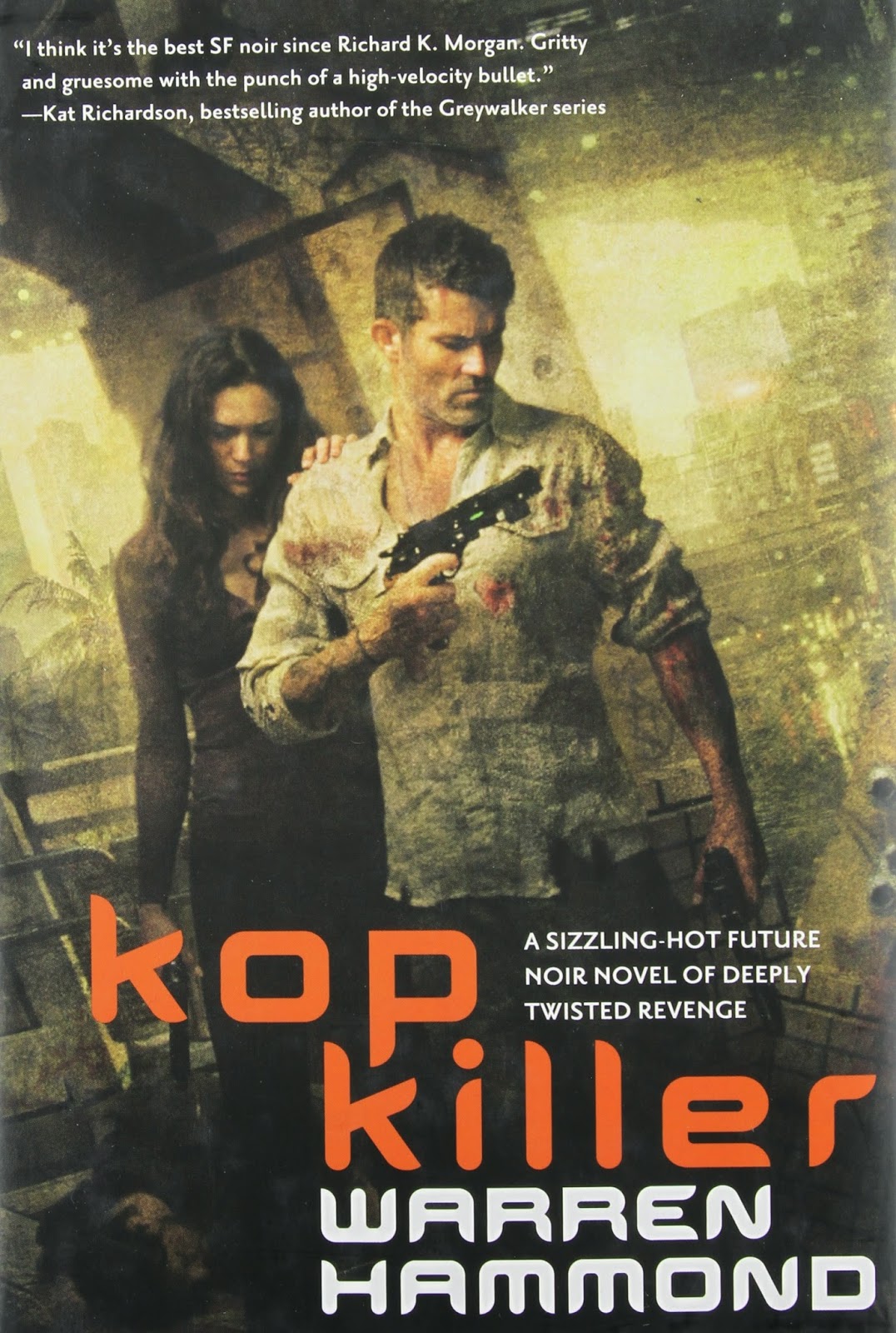 W: The reaction so far has been very positive. The most recent book in the series (KOP Killer) won the Colorado Book Award for best mystery. However, the books have struggled to attract mystery readers. In my experience, most mystery readers are reluctant to read science fiction. I didn’t realize going in how a tough sell it would be for that audience. The good news is science fiction readers really enjoy the books as do the mystery readers who can be convinced to give them a shot.

Dystopias are really resonating with readers right now. I’m not sure I can completely explain it, but I think we live in a cynical age with a less-than-promising future. It seems a lot of people feel like they already live in a well-disguised dystopia, so pulling the curtain aside and presenting a dystopian world without pretense somehow feels authentic.

J: I’m envious of your publishing connections. Tor and now Harper Collins. How’d you do that? My patented question, how’d you go from writer to author? Describe your path to getting published.

W: When it comes to my publishing connections, my agent, Richard Curtis, gets all the credit. I’ve been fortunate to find an agent who both likes my work and has the connections to play matchmaker.

My publishing story is a pretty common one, although my first big break came in the form of rejection. I’d sent my first novel to Richard’s office in hopes he might be willing to represent me. He called me one Friday, and we spoke for probably 20 minutes, and he told he thought KOP had flaws and therefore he was not willing to represent me or the book. I was, of course, crushed, but by the end of the weekend I realized that I’d just caught a huge break. He hadn’t sent me a form letter. He called me.

So I took his advice and did a major rewrite of the novel. When I’d finished, I sent it back to him, and this time he called with an offer of representation. He then hooked me up with Tor for the KOP novels, and now HarperCollins for Tides of Maritinia.

W: Ouch. It looked like you hit that asteroid on purpose. What do you have this room on, hydraulics?

J: Something like that. But don’t change the subject.

J: The transporter has many uses. But back to publishers. Did you living in New York play into it?

W: I’m too big a square to fit in either scene. However, Denver is a GREAT city for beer. We have brewpubs all over the city, and Colorado produces more beer than any other state in the nation. We host the Great American Beer Festival, and our governor was even a brewer prior to becoming a politician!

W: That one hurt.

J: Might be the bullshit detector malfunctioning. Or it’s a Romulan attack.

J: So you were lying?

W: Are those the only options?

W: For hell sake! That guy broke his arm.

J: We better stay together. Tell me about the Tides of Maritinia. Based on your assumed drug history, I thought at first it was a planet with an ocean of gin and olives, but my researchers say that isn’t the case. 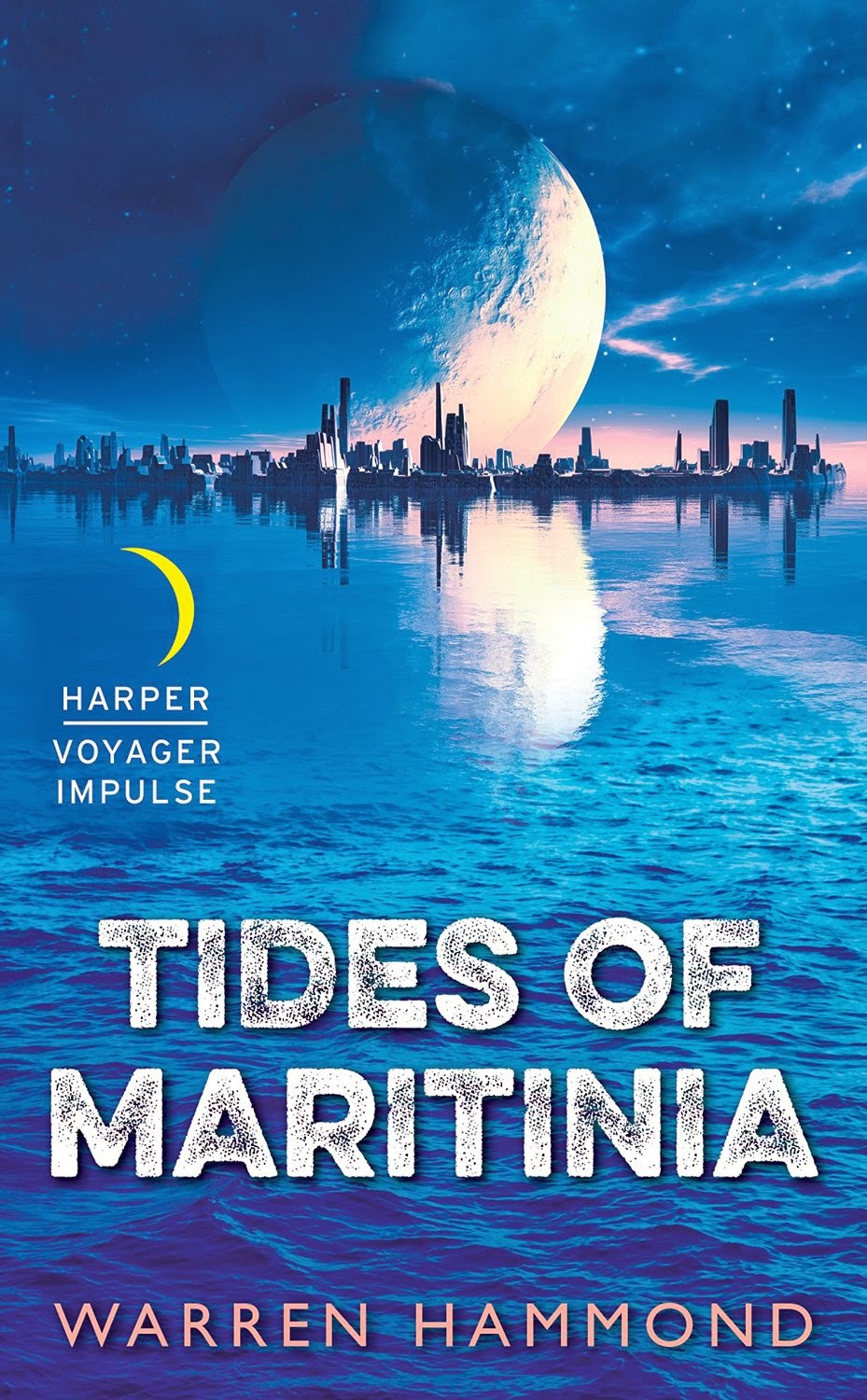 W: Correct. I’ve been calling this book a science fiction/spy novel. Here’s the setup: Jakob Bryce is a spy and an assassin. He works for a vast empire of 10,000 worlds, but one of those worlds, Maritinia, has rebelled. His mission is to infiltrate the government of Maritinia and sabotage its defenses for the empire’s invasion force. The good soldier, he does as ordered, but soon discovers that most is not what it seemed.

I’m really excited to get this book out to the market. The setup may sound pretty simple, but I think you’ll find that this story quickly gets much more complex than it sounds. I truly believe it’s my best book so far.

J: I see it available now as an ebook. Will it come in paper too?

W: Yes, the paperback will arrive on January, 20th of 2015. The book is being published by a new imprint of HarperCollins called Voyager Impulse. As everybody already knows, the publishing industry is in flux right now, and Voyager Impulse is an attempt to get ahead of the curve by first releasing the book in ebook format only with a print release to follow. We’ll see how it goes.

J: The new paradigm. Oh, you might now want to stand there. That’s a conduit.

J: Just flash burns. The new paradigm. What are you doing to promote Tides of Maritinia?

W: I’ll be doing some book signings in Denver, as well as a few science fiction conventions (dates to be announced). Westword magazine did a great cover story on Carrie Vaughn and me. I’ll also be doing several other blogs, although I hope none of them require skin grafts like this one.

J: Do you make your students read your books? Do you want to borrow my Agonizer?

W: No, I don’t make them read my books, but I do make them buy them.

W: I think this is getting a little too dangerous. Maybe we should wrap this up.

J: Don’t underestimate the creativity of cosplayers. This room is really in space.

W: Jesus Christ! That guy got sucked into space!

J: The final frontier. Told you. That’s Carl over there. His cosplayers built him a Romulan Bird of Prey.

W: There are Romulans?

J: Romulan cosplayers, but they count. Glad we got the forcefields working this morning. We’d all be dead otherwise.

J: Yep. You should go to more cons. Salt Lake Fan-X is coming up in January. You should come.

W: If I live through this.

J: Good point. Just in case, where on the internets can my people find out more about you and your science fiction?

J: Okay, we’ve fought them off. They’re gone. We’ll head home so you can continue your Tides of Maritinia tour.

W: Gone? You mean you blew them up?

W: Wait. They were Romulans, right?

W: Don’t they have a cloaking device?