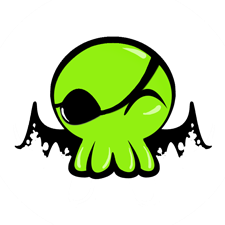 My first experience with Fandemonium was during the great geek-out drought of the early 21st century when housebound gamers and anime fans had only the back of the drama classroom to gather and exchange Pokemon cards. Online chat-rooms helped the pain a little bit, but people, being essentially social animals still strive to connect with like minded people. While San Diego had the monopoly on Geekdom, other conventions sprang up around the country to try to meet the hunger locally. Most were weak underfunded, under-worked, under-loved, cliquey things that had the right idea but the wrong execution. They consistently failed in the organizational aspect of the event, which is a pretty goddamn big aspect.

Nevertheless, I went to all I could find. Locally, we had MountainCon, ConDuit, Life the Universe and Everything. Only LTUE still rolls today and it’s turned into a great writers conference more than a fan geekshow. Such is the attrition of fledgling conventions. Nevertheless, I did my best to help. When my kids were old enough and plugged into the gaming scene and could appreciate the overt the underground geek currents from Babylon 5 to Dr. Horrible, from Anime to Starcraft, I sought out experiences where we could play in public. We went to them all and played and dressed up and sat in rooms to learn about zombies and publishing, Captain Picard versus Kirk versus Sheridan versus  Taggert.

By word of mouth, I heard rumors of a fantastic little convention up in Idaho. In Nampa at the time. In hushed tones at lesser conventions, word spread of a place where the fans ruled, where the organization was solid and the energy off the charts. An oasis.

When I think of cool, I don’t think of Idaho. I don’t think of Utah ether, but Idaho is low on the list. But there were these rumors. Could there be a critical mass up there in the high plains? Like El Dorado I was skeptical. But then I remembered how a repressed society squirts out individuals like an over-gripped wet bar of soap.

Up to Fandemonium we went and we weren’t disappointed. Gaming rooms, horror panels, belly-dancing lessons, costumes, steampunk fashion, armor manufacturing, author talks, fan films, Jar Jar Binks fan recovery rooms — it had everything. For several years we went up like it was a pilgrimage. It was everything I’d been told it was. Fun times and energetic participants, volunteers and hands-on fun.

Then life got in the way and we skipped a few years. This year, as part of my self-promotion/self-aggrandizement/self-inflicted wounding campaign of being a writer, I wrote to Borneo, the man behind the convention and begged to be let in. I offered my services as a writer teaching anyone interested what I know about being a writer. He let me come, gave me Special Guest status and a number for the Grove Hotel in Boise.

They’d moved. No longer were they in Nampa, a tiny town west of Boise on the way to other places, they were now back where they’d started in the Big Potato itself (I don’t know if Boise is actually called the Big Potato, but if it isn’t it should consider the name). The change happened because the Nampa Civic Event Center and Fandemonium couldn’t work things out. The event center in Nampa was pretty cool, all on one floor, big auditorium, outside venues for the sword fights so I was worried when I saw the three hotel floor configuration of the new Fandemonium. Not too scared though.

They pulled it off. What would have been a fatal blow to a lesser convention added a new level of exploration to this one. It was small by Comic Con standards, tiny even, but I tell you Fandemonium is a thing to experience.

After these many years of convention attendance and with the hum of the FantasyCon and Fan-X still ringing in my ears, I grasped one of the unique things about Fandemonium that makes it so special. It shouldn’t have been hard. It’s right there in the name. I’d assumed false advertising, but it’s not. It’s the fans.

Whereas ComicCon uses big names and advertising to bring the fans in, Fandemonium starts with the fans and then figures out what to give them. Really. The fan base is solid and energetic, loyal and young. I’m not saying that they’d turn down Patrick Stewart if he wanted to come - hell, they didn’t even turn me down, but celebrity (big or little) is totally superfluous to the weekend party that is Fandemonium. It all kind of made sense to me during the dance Rave in the main room. Black tee-shirt clad volunteers hoping around with monocled top-hatted Steampunkers and fur-clad neon ringed fuzzies. Both sides of the con together dancing their young bodies to a lathery sweat. 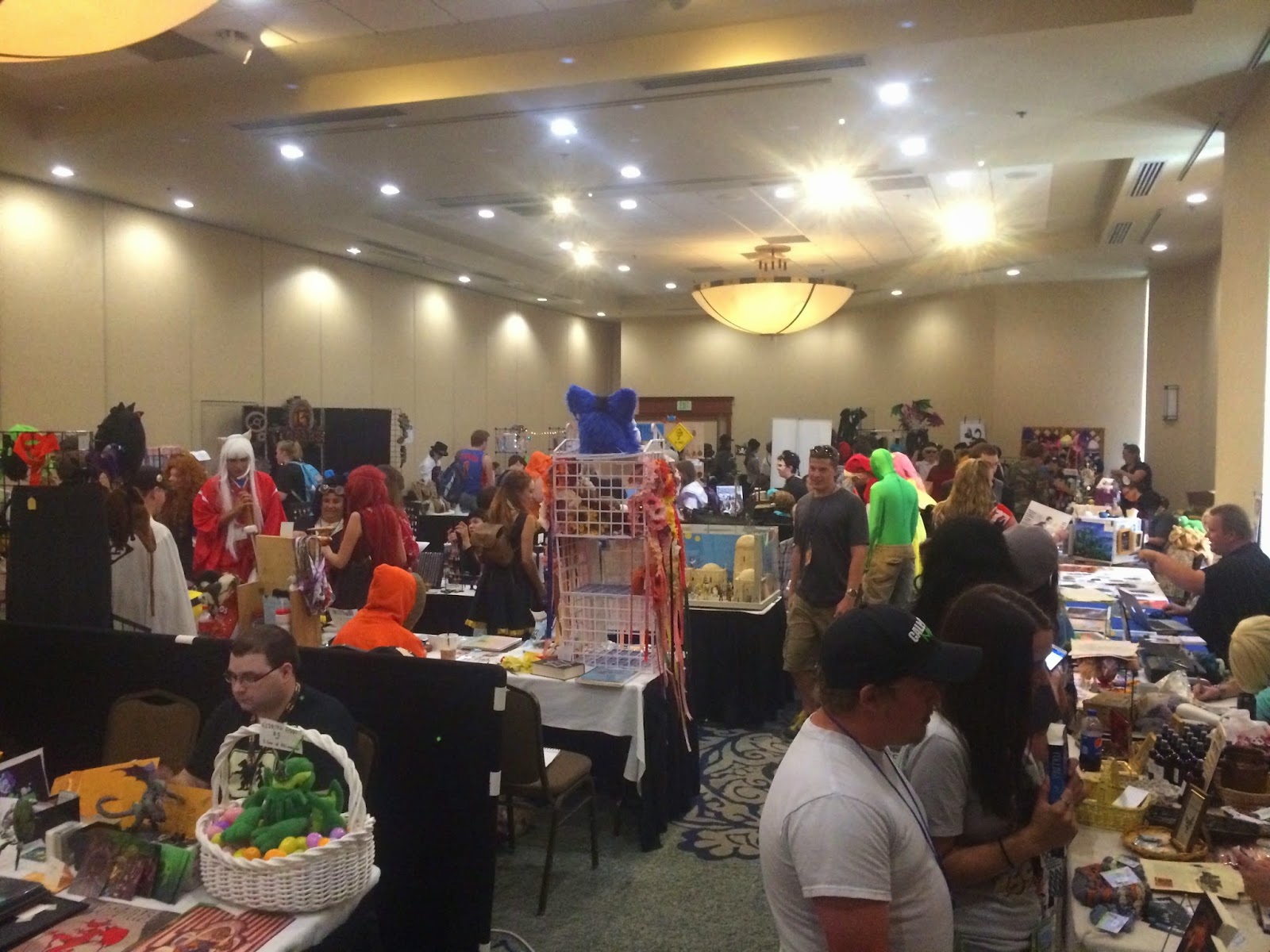 I didn’t add much to the convention, but I had a good time. But we were all fans. After my talks, I put away my computer and laser pointer and slid into the crowds. I followed the crowds into movie rooms, art rooms, gaming rooms. I chatted up the folks, watched an Australian Star Wars knock off that wasn’t bad, bought art swag and found a seat in the League of Legends room to complain about Rengar.

Fandemonium is for the fans. 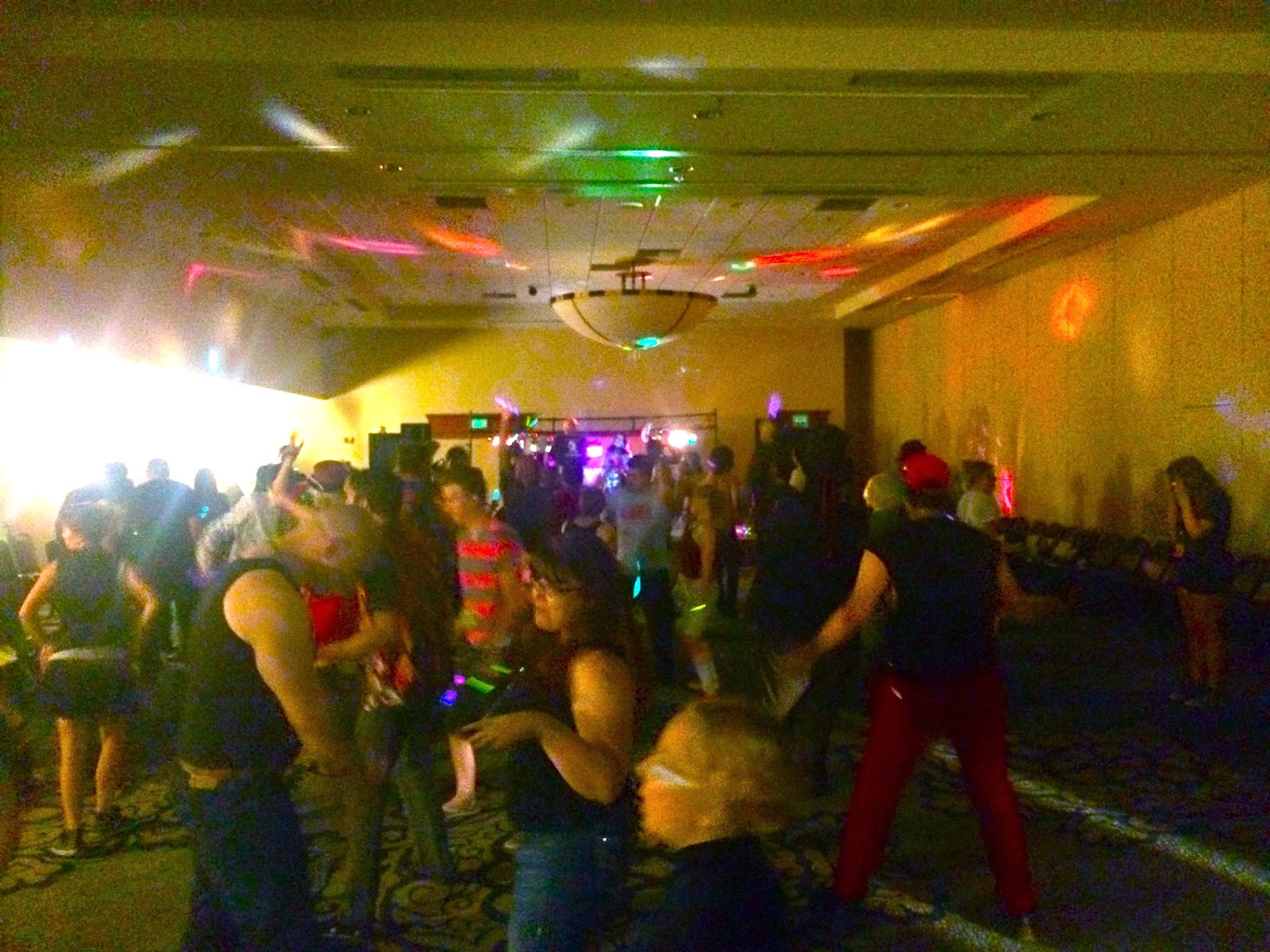