DEAN HARRISON MET ME AT THE LOVE NEST MOTEL

Dean: What’s this all about?

Johnny: That? You put quarters in it and the bed –

D: No. The room. The motel. I thought we were meeting at your Blog Mansion.

D: Yeah, sure. Let’s just get to the interview.

D: It’s a Southern Gothic horror story about a girl named Amy Snow who tries to get behind the uncover the truth of her mother’s murder but instead unleashes the grisly skeletons lurking in the dark of her father's closet, and learns a terrible, twisted truth about her family tree. Meanwhile, a man named Adam is on a mission to restore Paradise to its former glory. To accomplish this, he must find "The Lost One," a girl he calls Eve, and sacrifice her to the god she betrayed the day a talking serpent slithered into the Garden of Eden. 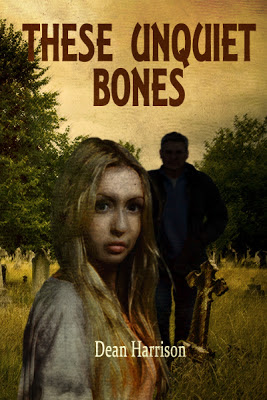 J: I gotta admit I don’t know much about the south. I fed one Southern author to fire ants and my gardener pummeled her boyfriend thinking he was me. Have you lived in Alabama all your life? What’s that like?

D: I was born and raised in Alabama, and it’s not how Hollywood likes to portray it. We have big cities, some rich with history and culture. We have running water and electricity (most of us, anyway), and we don’t all live in trailers or shotgun shacks. A lot of us are literate, too.

J: Living right in the buckle of the Bible Belt, I shouldn’t have surprised to see religious references in These Unquiet Bones

. Without giving me spoilers, can you tell me how those tales helped to shape your story?

D: I was raised Catholic and went to a Catholic school, so religious references will always be a part of my storytelling because it’s what I know. I also like to take stories from the Bible and see if there are interesting ideas I can get from them, and themes I can play off of. From what I’ve already said about These Unquiet Bones

, I’m sure you can gather that I took some inspiration from the Adam and Eve story. In a novella I wrote a few years ago, I played off the story of Cain and Abel, expect instead of brother against brother it was brother against sister. I try to avoid a retelling of a Biblical story. Instead I take bits and pieces of what I find interesting about one particular tale and use it to help tell the story that I want to tell.

J: Lie down. You should try this. It’s very relaxing.

D:  We’re getting off course here.

J: Is there sex in your book?

J: Blood and gore or spooks and suspense? Any balloons and whipping cream?

D: Blood? Yes. There are scenes where it would make no sense not to have blood. Gore? It depends on your definition of gore. If you mean the former vice president than no, no gore. Spooks? I believe the title says it all. If not then yes, there are spooks. Suspense? Well, I guess you’ll have to read it.

J: What age group would you say These Unquiet Bones

D: While some might call it a young adult novel because the lead character is a teenager girl, it is actually targeted towards college-aged adults and up. I have to admit, however, that I never considered an age group when writing These Unquiet Bones

. I was just writing for people who enjoy the kind of horror fiction I do. 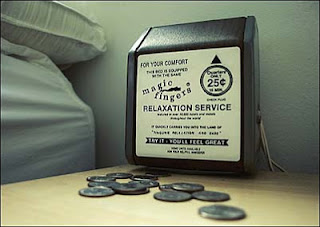 J: Do you have any quarters?

D: I beg your pardon?

J: Never mind. It has a credit card reader. Do you have a day job?

D: Yes. Unless you’re a writer like Stephen King, it is a necessity if you want to eat and keep a roof over your head.

J: Are you married? Does she know what you do on the computer?

D: Yes, and for the most part.

J: You studied Criminal Law along with English. Were you planning on being the next Joseph Wambaugh or just hedging your bets?

D: I actually studied Criminal Justice, not law. I had it in my head I wanted to be a cop and make my way to detective. Long story short, I had a job as an investigator at an Alabama District Attorney’s Office for six months, and got laid off right in time for the Great Recession. After that, I landed a job as a loss prevention detective. I did that for over two years before I decided to go back to school for journalism, which is another long story.

J: Who are your favorite authors?

D: At the time I was writing These Unquiet Bones

I was reading a lot of John Farris, Tom Piccirilli, Rick Hautala, Stephen King, and William Faulkner. They are certainly some of my top favorite authors. Lately, I’ve been reading a lot of T.M. Wright and Charles L. Grant. 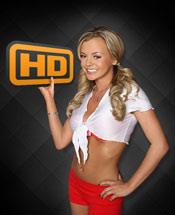 D: Here. Now can we get on with this interview? I have a schedule to keep.

J: Is that what I think it is?

J: Tell me your journey to getting published.

D: When I started compiling a list of potential publishers, a friend and fellow horror writer gave me the contact info of Kate Jonez of Omnium Gatherum. She was the first (and only) publisher I submitted my novel to and she accepted it after a little revising. I think tears came to my eyes when I read the acceptance email. These Unquiet Bones

was three years in the making and there were times I was afraid I’d never get it done, let alone published. 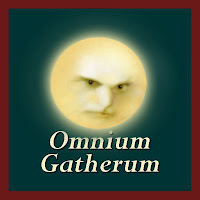 J: How is your relationship with Omnium Gatherum?

J: I’m told you play the guitar. Who’re your influences there?

D: When I started playing guitar at 14, I wanted to be the next Billy Corgan, so The Smashing Pumpkins were my first influence. Tony Iommi from Black Sabbath was another, followed by Eric Clapton. I don’t play guitar as much as I used to, unfortunately. Writing and family stuff takes up most of my free time. But I still pick it back up once in a while to jam.

J: Where on the internet can the cool kids find you?

D: Info about my writing can be found on my website:

J: Here I got you something. It’s a med-alert bracelet. Stylish and useful.