Jon Clapier and the revenge of trees

A longtime friend of mine Jon Clapier has a new book out, Peter Chienko the Druid Hunter. I took him through The Blog Mansion forest to discuss his hatred of trees and all things lovely.


Johnny: Your protagonist attacks trees? What—bushes were too scary?

Jon: Certainly, if they were republican bushes.

Johnny: Perhaps you better tell us what you book is about.

Jon: Druids, FBI, torture, magic, and of course the trees. Lots of trees; like that one over there.

Johnny: That’s a Larch. A larch would take offense to being cut down. As would that pine, that cedar over there and the oak. Oh, that oak would be so angry. It’s been here longer than the house.

Jon: Easy there Johnny, I have nothing against trees. It’s fiction. It’s about my characters. Not that I haven’t slaughtered a few dozen trees in my time. Is that a crime? 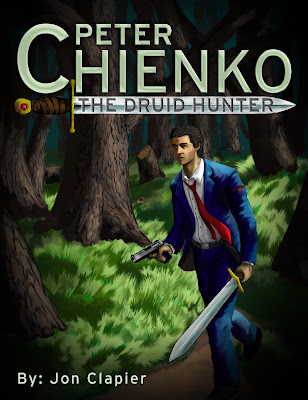 Johnny: Maybe, I guess your protagonist, the Peter Chienko of Peter Chienko the Druid Hunter starts out as a petty criminal, on parole, a mugger - right?

Jon: Yup, I wanted to write a story about a more traditional hero with all the right characteristics but when I started writing this story Peter showed up and wouldn’t go away. It’s like he’s decided I should be his parole officer. He can be pretty annoying.

Johnny: You’re an and Idahoean,. an Idahitte… an Idahoer? — You’re from Idaho right? Is one random conversation the only way you know Pennsylvania? 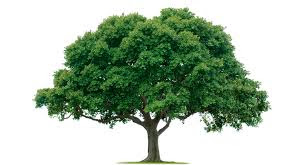 Jon: I was there once when I was eighteen, and of course the internet. But I’m still waiting for someone to call me and cuss me out for getting something wrong.

Jon: This path is kind of overgrown.

Jon: Let me guess, you have Druids at your mansion.

Johnny: Probably. But that’s not where I’m taking you. Druids can fight their own battles. Wait, How do you know about Druids? What was your research? Jon: I started dabbling in Druids after a dream I had in late August of 2009. In the dream I was hired to cut down a tree for an old man, but after I did I was arrested because his granddaughter had died of wounds that matched the chop marks on the tree. It was really weird, so being the straight upstanding guy that I am I immediately sought professional counseling... uh, I mean I wrote it all into a book. The first chapter is based on that original dream.

Johnny: Are there henges in Peter Chienko the Druid Hunter? I like henges.

Johnny: How about a burning man? Got one of those in Peter Chienko the Druid Hunter?

Jon: One, no wait, two. But they both survive. It’s tough to kill a Druid while his tree lives.

Johnny: How did you go from writer to author, tell me the story of bringing this book to print. 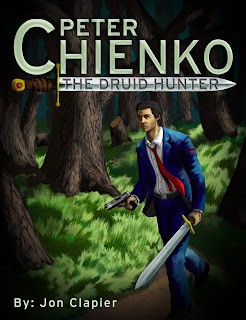 Jon: I wrote the original short story based on my dream and it probably would have ended there but Peter wouldn’t quit bugging me for more. So I wrote the rough draft in ninety days despite working sixty hours a week at a regular job.  At times the manuscript sat collecting dust along with my laptop for months at a time but eventually I paid for an editor to work out many of the bugs and then rewrote much of it until I began sending out queries to traditional publishers and agents. It’s tough to get an acceptance when you’re first starting out. Eventually I decided to self publish under the Fiction Vortex label.

Johnny: Fiction Vortex is a longtime friend of the Mansion. How’s that been?

Jon: Without the input from the staff of Fiction Vortex, Peter would still be harping at me from my computer files. But with their help, we packaged him up and sent him out to an unsuspecting world.

Johnny: Does your publisher share your hatred of trees?

Jon: No. Well at least not David Mark Brown, I’m not so sure about Mike Cluff.

Johnny: You know the Norse believe the world is a tree. Yggdrasill. 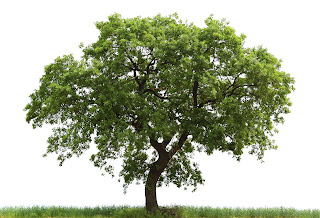 Jon: I grew up on mythology, Norse and others. The Norse think that a great cow nourished the Giant Ymir from whom nearly all life came or was created. And some people still think milk is bad for you. We would all be dead if Ymir was lactose intolerant. It’s a good thing that Yggdrasil was there for all the gods to hang out at their ‘things’.

Johnny: Im just saying that trees are cool. Think of the children. Tell them to cut down trees? You’re worse than George Washington.

Jon: Well… I have told a few fishing lies in my time, but I’m not a politician.

Johnny: I like the criminal protagonist. Have you ever been arrested?

Jon: I already said I wasn’t a politician. 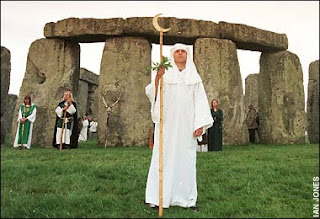 Johnny: Will anyone miss you if you disappear suddenly? Like today?

Jon: Well, my wife might be a little upset, some of my kids and definitely my dog. Um, I thought this was just an interview, should I have brought my axe? Why are you carrying a shovel?

Johnny: No reason. Where on the internet can peeps find out more about you and your book?

Jon: Amazon carries Peter Chienko the Druid Hunter in both Kindle and paper, Jon Clapier on Facebook, jonclapier.com, and I am an active participant in fictionvortex.com

Johnny: Here we are. The grove of angry trees! 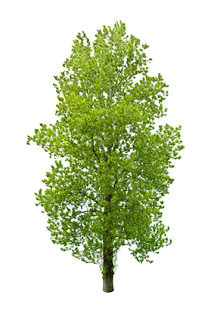 Jon: I kind of thought you’d arrange a bunch of Ents to attack me or something.

Johnny: Well to speed things up, I got poplars. They grow exceptionally fast. Ten feet a year.

Jon: Fast enough to threaten me?

Johnny: Oh yes. Just as long as you don’t move from that spot, you’re doomed. Let your demise be a warning to other tree haters.

Jon: I can see why you’re such a poplar guy. But I really have to get going.

Johnny: Yeah. I can see that. Book tours, promotion— you’ll be busy.

Jon: What do you suggest?

Johnny: You’ll just have to come back.

Jon: So I can be slowly immolated by growing poplar trees? Okay.

Johnny: Check with my secretary for a follow-up. 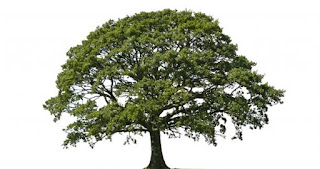