I'm going to ramble a bit today. I’m boning up writing curriculum. I’ve been offered an opportunity to teach a class on writing mysteries with Lifelong Learning at the University of Utah. It’ll challenge me. It’s one thing know something well enough to do it, but it’s another to understand the process well enough to teach it to someone else. Things that are instinctive and never scrutinized must be pulled out and dissected. It's like needing a mechanic’s knowledge to drive a car.

I’ve raided libraries and bookstores for tomes on the craft, with particularly direction toward writing mysteries. Because reasons I also picked up books on writing horror which I consumed in October.

What I’ve learned from all this study is that it's easy to be intimidated by writing books.

Not the act writing books, I'm good at the, but books on how to write books.

Books about writing necessarily lay out a code rules. I have to remind myself that these rules are, as Captain Barbossa so elegantly said, “Are more like guidelines.”

Which means I am a criminal (or at least a rule breaker). 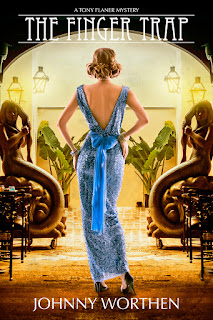 The irony is that I’m doing all this writing research on the heels of my new book THE FINGER TRAP, which intentionally breaks so many rules. Compared to the tight narrative suggestions of writing advice books, my story is performance art. The theme is contained in the book itself - holding it your hands, seeing it in reality is the climax of the thematic drive which wanders and wanes to ridiculous (but hopefully entertaining) levels.

But Tony Flaner is only the most egregious of my writing crimes. Everything I write breaks this or that rule. I write to theme, a thing I’m beginning to realize is strange and untoward. I outline, but not completely. I don’t have a stable of professional and trusted beta-reader editors to steer me right in the later drafts. I often delay placing the setting of a scene until it’s almost too late. I deliberately confuse readers with dialog attribution sometimes so they consider the same idea coming from several sources. I routinely have dialog scenes with more than two people. I avoid stage direction, blocking and business as much as possible.

It's worse too. The rules are a type of cannon. Publishers and editors read these rulebooks and use them to pick their titles among slush piles. Some of them make sense, “the opening should grab the reader,” others are more arbitrary like “use only third person limited POV,” and “each sentence must serve either story or character,” but what about theme and setting? or my favorite “avoid anything that makes your book sound literary.” Wha?

I built my style loosely on Elmore Leonard’s 10 Rules of Writing. These make sense to me, but I also recognize their limitations and break them whenever I need to, knowing I am breaking them. The class I teach about them is called “There are No Rules - Here are Ten.” The Zen is right there in the title - There are no Rules. There really aren’t. Some things work better than other things. Some things that work now didn’t work a century ago and vice versa. This is art, not science. But it’s hard to remember this when an authority tells you the way it should be, and means it.

Stephen King, for example eschews theme and symbolism unless he finds it in his own work after writing it. He doesn’t put anything there deliberately, but he’s not adverse to finding something later and making the most of it. I however put them there. He also writes from situation instead of outline. Most authorities will grant, mostly because of King I’d wager, that outline isn’t always necessary, but in the books I'm reading they are highly recommended. This makes sense because these authors have written a non-fiction book. They think in outlines. That’s how non-fiction books are. Makes sense.

Outline or not outline—that’s inside baseball, beneath the hood mechanics, so to speak. The test of anything is the product. Does it work? Is it interesting? Does it say something? Very often the positive answer to these questions comes not because a book followed the rules, but because it broke them. Formula is consistent but seldom great.

One day computers may be able to produce books to formula. It’s possible. Plug in enough rules, change the variables, and pop, you have a new thriller or mystery or romance (the most cited formulaic genres). But they’ll never be great because they’ve followed the rules.

That’s doesn't help my feeling of intimidation from the voice of authority speaking to me from the ivory pages of how-to books. I keep most of the rules instinctively because I’ve been influenced by books that used most of them. But I break the rules. I break them hard and deliberately sometimes—see THE FINGER TRAP for an example of my playful disregard for convention. Sometimes I can’t follow the rules because, frankly they’re boring and cliche and though they might work in the aggregate, they didn't work in this situation, or in that book, or from this point of view. 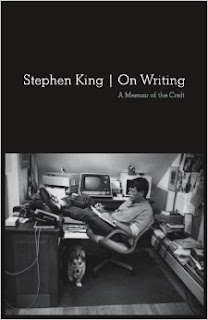 All this recent study has made me very aware of the arbitrary “rules” of writing and I’ll be able to share them coherently with an eager class of mystery authors next year. I’ve known them for a long time, absorbed them and disregarded them in turn. Now, I can catalog them all. Bully for us.

But, of course, being so deep in advice books, I can’t help but readdress my own work, past and present, by their guidelines. Like I said, it's making me honest. Luckily, from the safety of published authorship, I can apply them like any piece of advice or criticism; “you’re right, I’ll change it,” “you’re right, I can’t/won’t change it,” or “you’re wrong.” And going on, I'll continue to feel my way ahead as I always have.

No one gets all the rules right, even the rules that are right like grammar, passive voice and punctuation. Stephen King admitted in his On Writing that it’s a matter of “do as I say, not as I do.” That’s authoritative writing advice in a nutshell.

But I prefer Pablo Picasso's quote: “Learn the rules like a pro, so you can break them like an artist.” 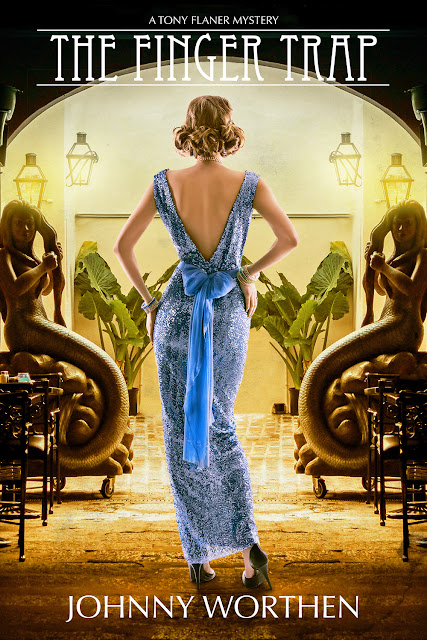 THE FINGER TRAP
When the only way out is deeper in…